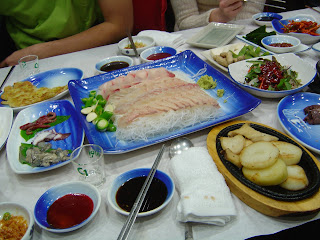 We got a new teacher last week, from Canada, who seems pretty cool and so we went out to celebrate. This is what the table setting looked like, from a good sashimi restaurant in Dongnae. Sashimi is called hue in Korean. Moving down to coastal Busan, I thought I'd be eating a lot more fish in meals but it's been pretty much the same as in Seoul. 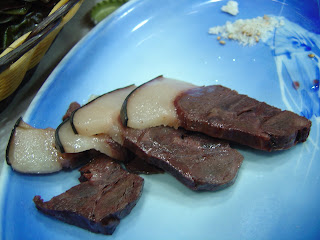 I first thought this was some sort of pork from Jeju. It's actually whale meat and I only found out after eating it. I'm guessing it was from a pilot whale or something because the skin was so dark. It tasted fairly average, kind of like fishy beef. Not something worth going out of your way for. 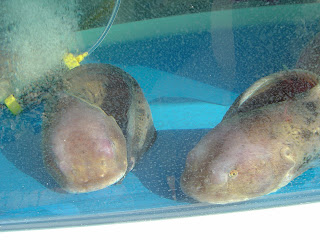 These are some weird fish with big heads that you can eat. They're always curled up like cats and I have no idea what their English name is. 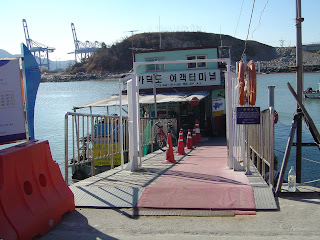 On the weekend we went to Kadok Island, the third biggest island in Korea. It's really close to Busan and you can get to the ferry terminal by bus. The bus will take you about half an hour and the ferry less than 10 minutes to the island. 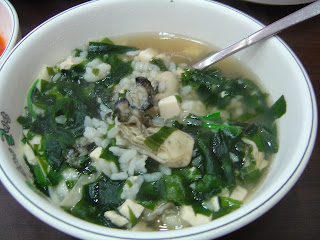 Oh and here's some other food that I ate that same day. This is gulgukbab, an oyster rice soup that is easy to find in Busan, but less common elsewhere. For about $4 you can get a bowl of it, steaming hot with seaweed and fresh oysters. Good breakfast food. 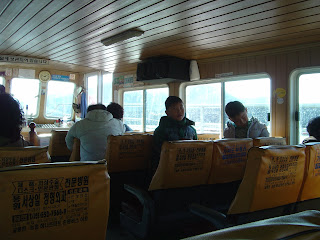 Back to the ferry now. The ride only cost us about $3 and was fairly pleasant. The ferries constantly travel around the island during the day because there isn't a bus service. When you're tired of one part of the island, you just wait at the ferry-stop and hop on. These little kids were fighting over a bag of chips. 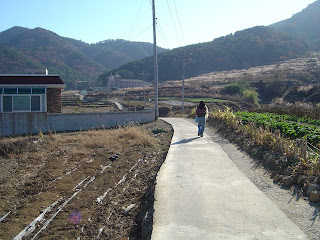 The island is about fifteen square kilometres and has small settlements around the place. It has it's own police station and high school, but there weren't many people out and about. We decided to have a walk up the mountain and see what was on the other side. 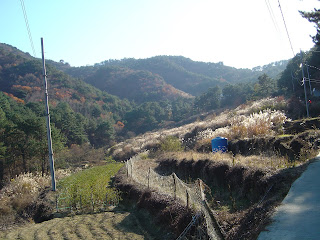 There seemed to be a well-established farming community, with a lot of these rice steps built into the mountain. Farming on mountains is a little bit strange coming from Australia because everything back home is very flat. 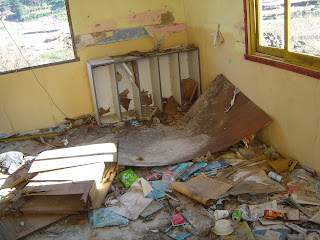 Here's a dilapidated house that looked like it had been more recently used for a soju party. I find abandoned places like these to be pretty interesting because I always wonder what makes someone pack up and leave a house behind. Would they lock the doors? 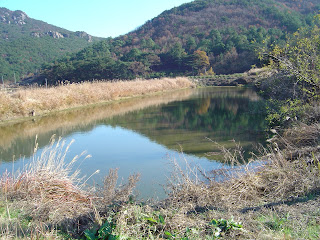 A nice artificial lake built into the mountain and unfit for swimming. Come to think about it, I haven't been swimming since I came to Korea. 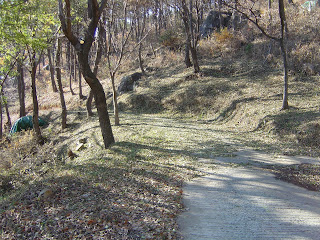 We wound our way up a mountain path that turned out to be a few kilometres long. It was a pleasant walk and we had plenty of time. Those tarpaulins in the distance are covering firewood that people have chopped and left around the place. 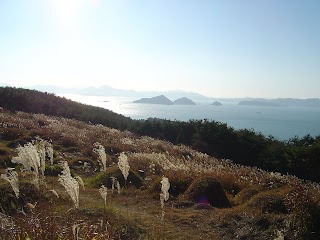 So we got over one small mountain and the view was picturesque. Well worth the effort. There are islands in many of the harbour areas around southern Korea and most of them are heavily forested and uninhabited. 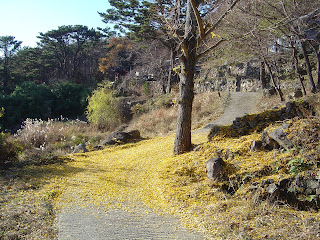 An eunheng namu, or 'bank tree'. These trees are golden yellow and seem to shed all of their leaves very suddenly, over the space of a few days. 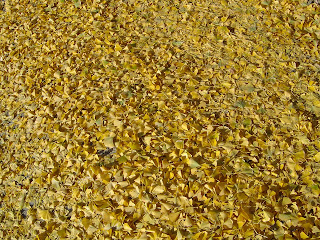 The fallout is a little more appreciable up close. I wish my bank balance looked like this. 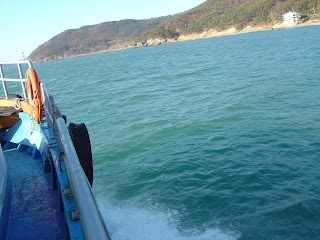 In the second small town we reached, we boarded the ferry again. We were actually running down the mountain to get on it and it took off, but then an island ajumma yelled and waved her hands and it pulled back in for us. Nice people. The boat stopped at another town before heading back to Busan. 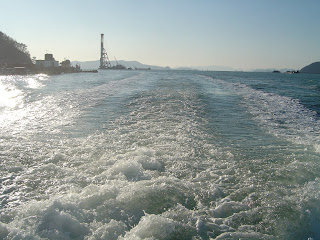 It doesn't look like it, but that day was freezing cold. I had a really thick jacket on and my hands in my pockets were still frozen. I was also surprised to see ice on the roads of the island, at 3pm in the afternoon. There's never ice on the roads back home, so my Korean friend had difficulty understanding my excitement. I guess my Aussie temperament is a little too mild for these arctic outposts. 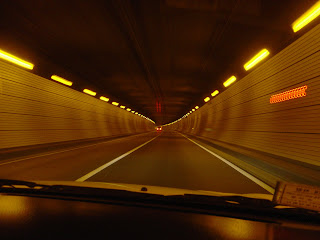 Now we're back in Busan, ferreting down a tunnel at high speeds. Koreans like to build lots of tunnels because there are lots of mountains. 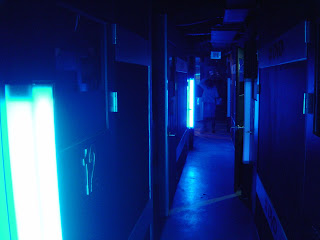 This is what a DVD bang, or DVD room looks like on the inside. You can find these all over Korea. There are twenty or so rooms on average and you just pick a movie and watch it in private on a projection screen. The couches are pretty comfortable and so these are popular places for young couples to get snuggly. 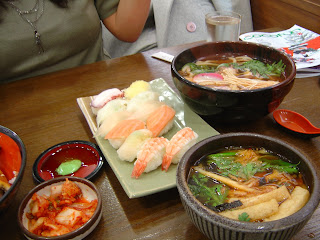 This is from a Japanese restaurant in the Kyungsan area. I tend to prefer the Japanese style sushi over Korean kimbap because the rice is flavoured with vinegar. Also on the table is some seafood soup, udon noodles and off the photo on the left is some eel rice. Eel tastes a bit fatty and is an interesting alternative to fish. 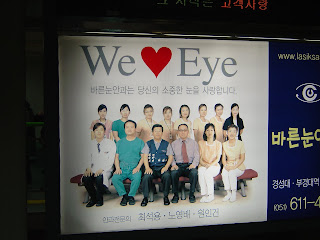 It appears that some people love eye. I really like the ambiguity in this message. There's all sorts of interesting Konglish around the place, especially on people's shirts. But much of that passes by in the heat of the moment and I can't photograph it. Best to come over and see it for yourself.

See you all again after christmas! I'm working christmas and new years day (it isn't regarded as anything particularly special here), but still having a celebration or two. Should be good. Cyas!