Heather's twin sister, Emily (정화경), passed away in hospital at 5:20am on Tuesday the 13th of August due to complications with a respiratory infection. She had only been sick for a few days and it was a shock to everyone who knew her. 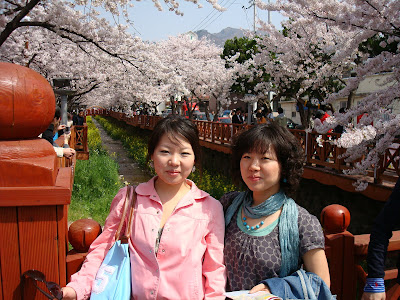 This photo is from one of the many enjoyable weekends we spent together. Emily is on the right. She was only 28 years of age and will be greatly missed.

This blog will continue after a short break.

Having reached my 2 years in Korea, it was time to extend my F4 visa at the immigration department. Immigration offices here tend to remind me of the old Centrelink offices in Australia. 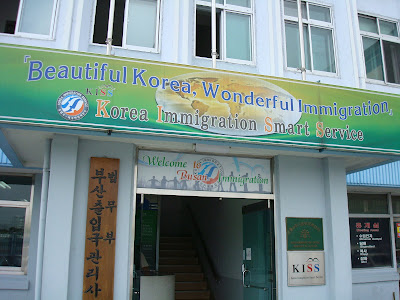 Although a little skeptical that immigration could really be that wonderful, I was pleasantly surprised. All I had to do was fill out a form and pay around $30. I sat nervously on the other side of the desk trying to look like a model immigrant while the officer looked at my card. For a while it seemed like he was using his tongue to remove a piece of food stuck in a molar. Then he looked at me and asked me if I'm enjoying Korea or not.
"It's really good here" I replied, not knowing what the correct answer was supposed to be. But sure enough, a few keystrokes later and kabam! Two more years in beautiful Korea. 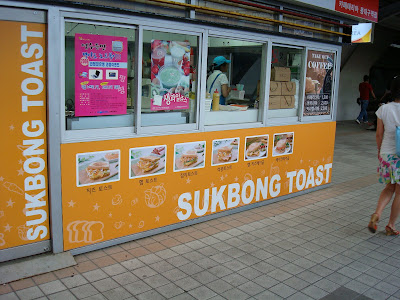 The thing I like about Korea is that I still find things amusing on a daily basis. I guess I'm still a little immature too. 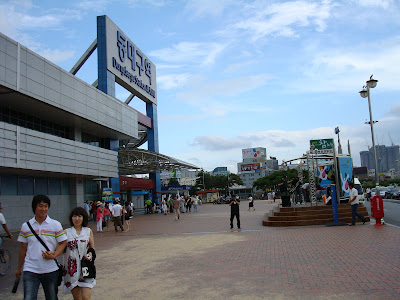 So anyway, last weekend we decided to take a trip up to Daegu city, the fourth largest in Korea. Prior to this, I had only passed through the city once and that was very briefly. 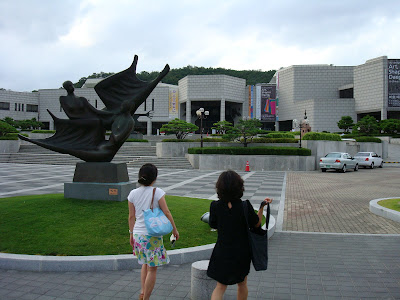 Daegu is well known for being involved in the art scene. Last weekend in particular there was a special exhibition called Art, Shapes, Daegu. The focus was on art submitted by foreigners living in Korea. Some of my co-workers in Busan submitted some works (Michelle Lynch, Logan Fry and Randall Mosman). 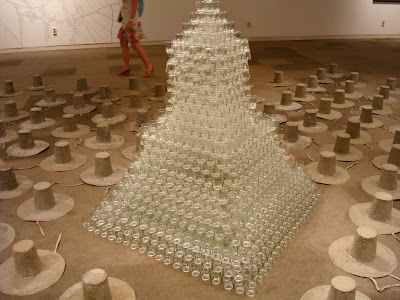 This pagoda was made out of stacked up soju glasses. Now that's what I call fine art. 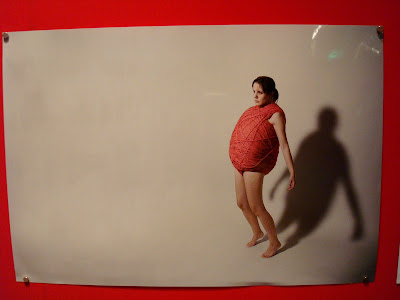 I must say that I'm not that much of a cultured art critic. Some art I get, and some art I don't. This one belonged to the latter category. 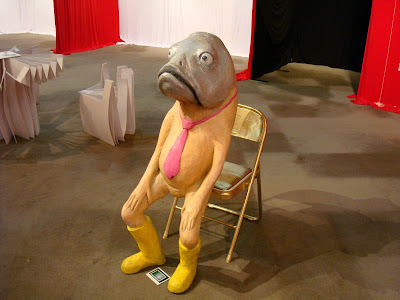 This is what I'd call good art.

'Cept I probably would not buy it. 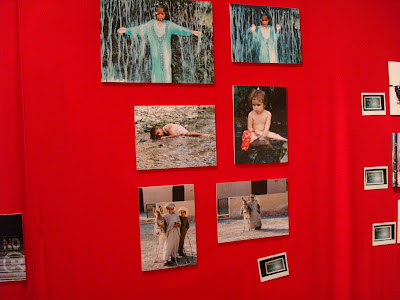 One of my co-workers at the Saha Branch, Michelle, took these photos in the Middle East. Nicely done Michelle! 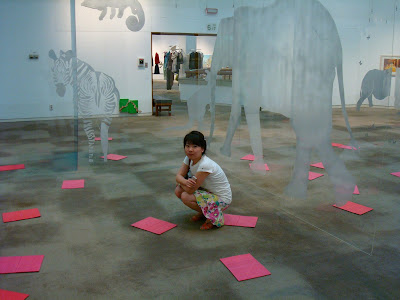 This exhibit encouraged observers to crouch down and become immersed in the silhouettes. Heather felt like she was part of an African wildlife stampede. 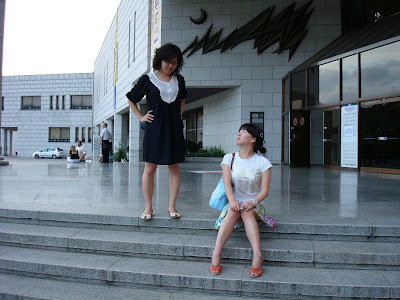 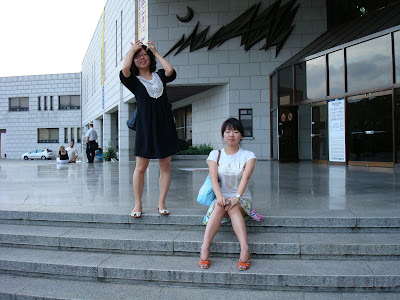 These two pictures are my attempt at artistic photography. I call it 'Two Photos of Heather and Emily outside an Art Hall and Heather is Sitting, while Emily is Standing." 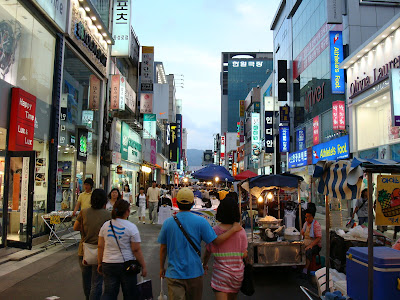 As dusk approached, we wandered the shopping districts of central Daegu. It was very similar to the Nampodong district of Busan, but a little nicer because traffic is kept out of the area. Clothing in Korea used to be cheap, but these days it's about the same as prices back in Australia. 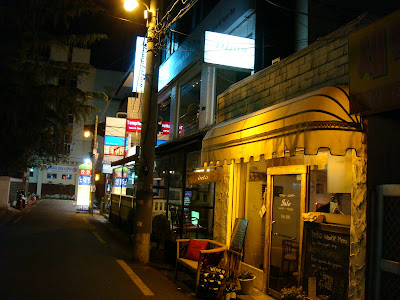 Daegu also seems to have a bigger presence of foreign restaurants. We stopped at this French restaurant called Dijon to grab a bite to eat. Compared to Australia, there isn't as much easy access to quality international cuisine in Korea. The main reason for that being because Koreans love Korean food more than anything else in the world. 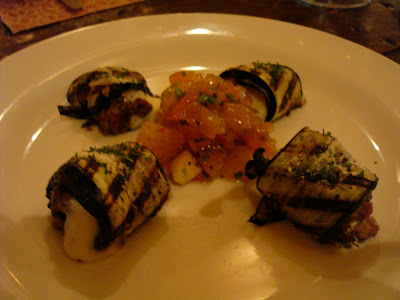 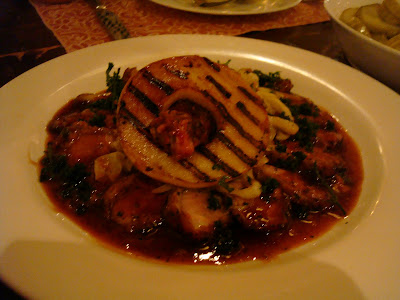 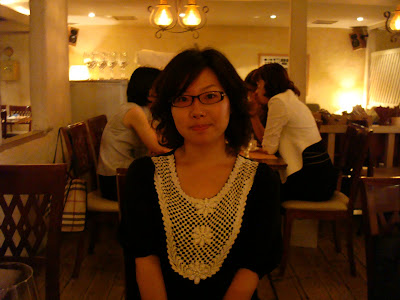 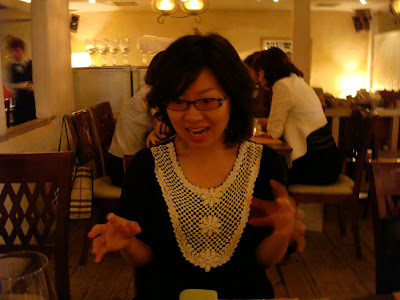 Oh look, here is my second attempt at artistic photography. These two photos are entitled "Waiting for Food - Arrival of Food." 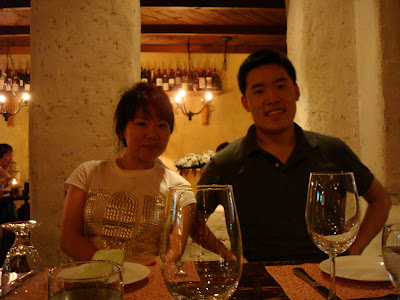 It was a nice quaint little restaurant and away from the busy crowds. We lazed around for a bit and then headed back to Busan on the KTX. 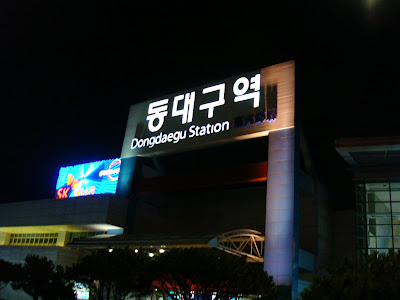 We enjoyed Daegu and it does have its own distinct atmosphere. The roads were more peaceful and there seemed to be a few more trees around the place. Our taxi driver was also very chatty and apparently funny, judging by the laughs of my fellow companions. My Korean still isn't good enough to understand Korean humour. I usually laugh just because other people are laughing. 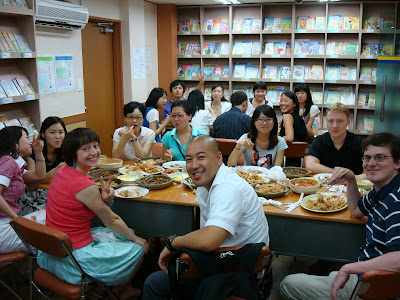 And last week we also had a training session for April English, the program that I'm partially responsible for. Here are some of the April teachers from across Busan and Changwon city, enjoying their lunch after some morning training. They're a friendly bunch.

That's all for now. Soon I'll be filling you in on the 10th GOA'L Anniversary in Seoul that I just got back from yesterday.