We arrived in Boryeong late in the afternoon, checked into our hotel and wandered down to the beach. Boryeong is a small city of around 100,000 residents, but its mud festival has attracted 1.5 million visitors since it began in 1998. This success has largely been due to a clever marketing campaign that runs nationwide in the weeks leading up to the event. 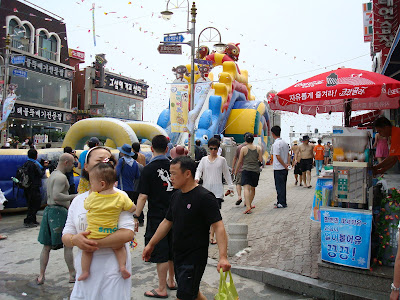 There were noticeably more people and attractions than last year. This mud slide welcomes visitors to the main entrance of the beach. 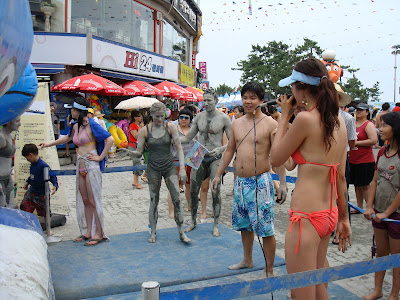 The idea of the mud festival is to get covered in mud, relax and have some fun. It was a nice weekend away, and we managed to fulfill all three criteria. 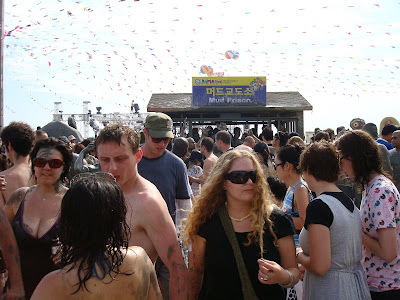 One of the new additions this year was a 'Mud Prison', which you can see here in the middle of the photo. The idea is to stand inside the little room and then people from outside fling mud at you through the bars. I chose to put my camera safely away into my plastic bag at this point in time. 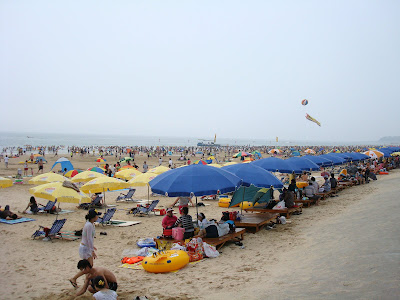 We got ourselves muddy and then washed off in the sea. After that we made a sandcastle. I've made a lot of sandcastles in my time, and I believe the key to making a good one is to bring some equipment like buckets and spades. But we didn't have any. 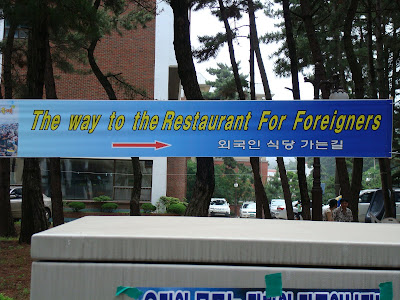 It wasn't long before our grumbling stomachs drowned out the sounds of our voices so we decided to seek nourishment in the town. Many of the visitors to the mud festival were English teachers, and the town had gone to efforts to make our stay more 'homely'. 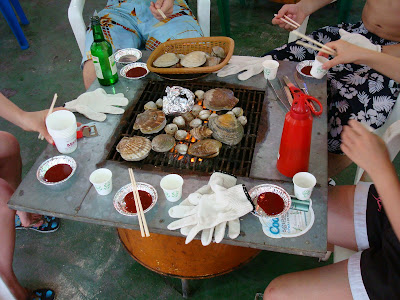 We ended up choosing an open-air seafood barbecue restaurant. At this particular restaurant they had live shellfish in aquariums and you could pay around $50 as a group of 5 people and eat an unlimited amount. You grill them over a charcoal barbecue and dip them in chilli sauce.

I remember the first time I cooked live shellfish and it was quite a shock. These days however, it only seems mildly strange. I'm still not a fan of live octopus though. 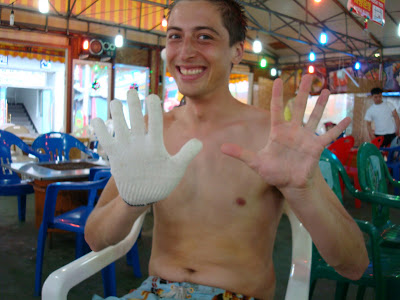 To help manipulate the tasty morsels out of their hot shells, seafood restaurants like these will issue cheap cotton gloves. The standard size proved a little too small for Erick's long tendrils. 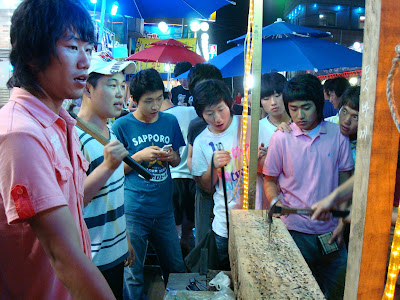 This was a game set up at the festival during the night's activities. The idea is to knock the nail completely into the wood using only 2 hits. You'd have to have been a builder or carpenter for a few years to do it properly.


It's very difficult, but I've seen the vendors do it before. This vendor however, was not spot on the mark when challenged by a bystander. The key seems to be more about focus and confidence than brute strength. 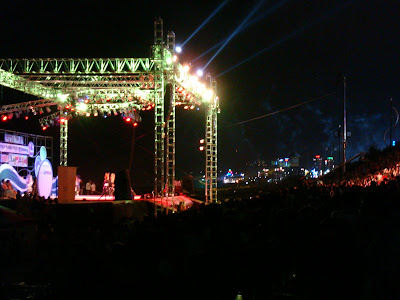 We walked up and down the beach at night. There were some performances from Korean celebrities, but we opted to stay out of the crowded area in front of the stage. 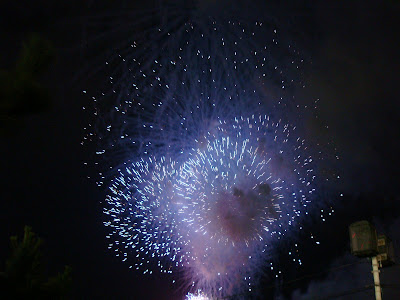 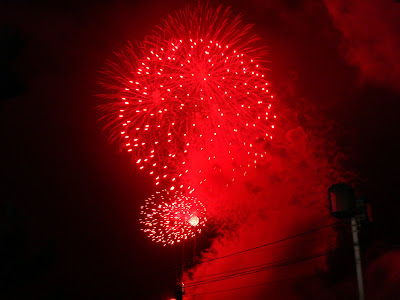 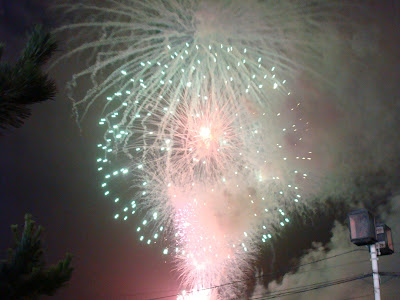 Later in the night they had a fireworks festival. It was surprisingly impressive and much longer than the one last year. I've always been a big fan of fireworks in any shape or form. Back in middle school, I remember I used to buy firecrackers on the 'black-market' for around $2 each.

You know that when fireworks explode, it looks like they're coming towards you, right? Well I only just realised on this night that they're exploding in 3D, so if you had a more encompassing view of one, it would look like an inflating balloon. I'd love to see one in a panning Matrix-style effect one day.


Here's a video of the action, shot by Emily. 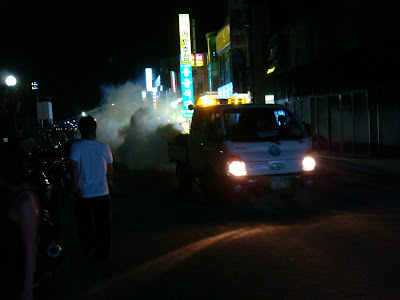 One of the few annoyances of the festival is the large number of mosquitoes in the area. Last year I was bitten dozens of times. This year there weren't so many, in part due to this council vehicle that was driving around the streets. All of that smoke coming out the back was insecticide. Probably non-lethal, but we still ran for cover to avoid being engulfed. 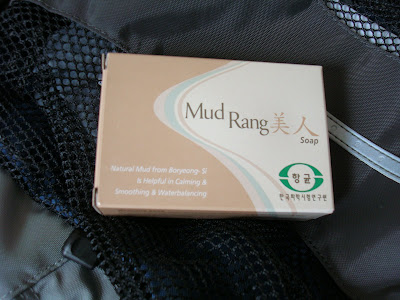 We arrived back in Busan late on Sunday evening. Here's one of my souvenirs from the festival that I'm posting to a friend soon. It's mud-soap, made from the silty mud in the area. Although the idea of soap is usually to make one cleaner and this seems like a bit of a contradiction, Boryeong mud is supposed to have quite a lot of mineral and cosmetic properties. They also sold mud-shampoo there.

That's all for this week. Next week I'm heading up to Seoul for the 10th GOA'L anniversary, and also to have a poke around Seoul National University. I also still need to fill you in on our past weekend to Daegu city.

Hey I ran into your blog while searching for the Mud Festival, and I notice that you seem to learn about korea's activities/events. whereas, i know nothing. I am living in gwangju, in the southwest of korea, so I was wondering if you know of anything cool that goes on down here. :)

Can't wait to go to this in July! Great pictures and good to know about the insect repellent truck:)

Interesting!
I put it up in...
http://expatabundance.blogspot.com/2012/05/abundance-gos-boryeong-mud-festival.html