Modern architecture in Korea is pretty good around the Gangnam area. I don't know much about art in general, but I appreciate buildings that look nice. Science is useful and art is aesthetic, so I guess architecture is one of those times when the two fields meet.

The other time would be when they make fluorescent rabbits. 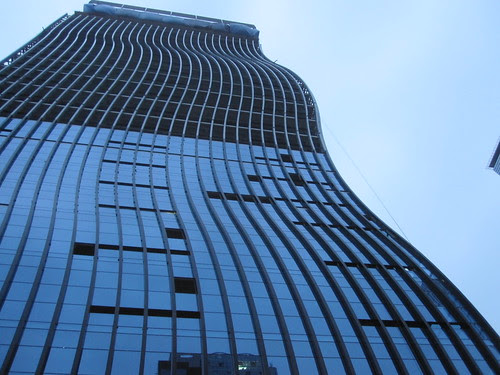 This jellied monstrousity is a work-in-progress near Gangnam Station exit 6. I heard that curved skyscrapers are much better at deflecting wind, although I don't think that's the basis for this design. 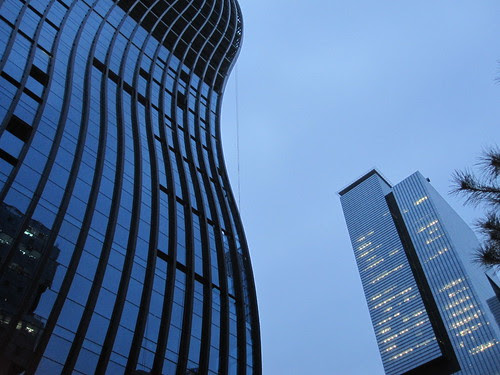 The city council seems to have zoning regulations for new buildings, requiring them all to have a similar metallic sheen around Samsung Headquarters. It's nice to see the reflections of the clouds in the buildings, but I was once caught in the dazzling glare of the sun's reflection. That's a possible traffic hazard to watch out for.
If they angled the buildings properly, they could deflect sunlight onto urban vegetable gardens and grow things nearby. I, for one, would happily eat Samsung Sunlight Cabbages™. 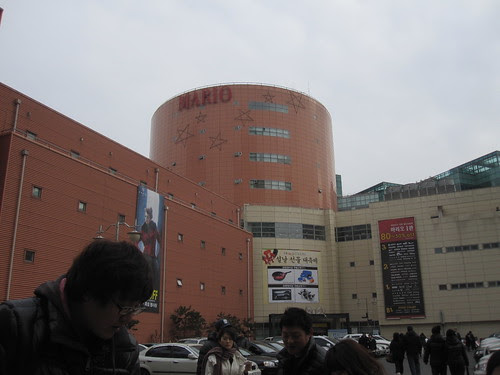 I heard that in the 90's clothing in Korea was cheap. Friends would come back to Australia with bags full of counterfeit designer clothing as well as pirated VCDs. Since then the government has clamped down on fake brands, probably due to pressure from trading partners. Prices for regular clothing now is very similar to what you find in Australia.
Gasan Digital Complex is a clothes shopping district near the subway station of the same name. As often happens in Korea, a whole lot of the same kind of shops are all conveniently bundled into the same area. What makes this place different is that they have a number of outlet buildings stocking discounted clothing. 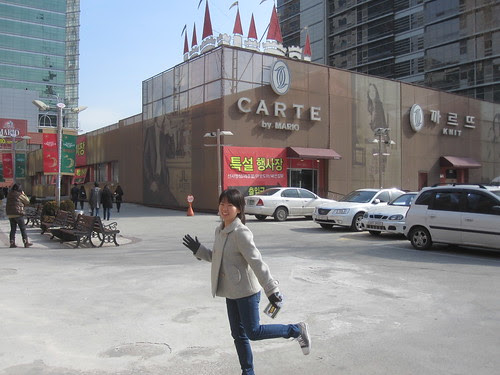 You can get there by catching the subway to the Gasan Digital Complex station and walking straight out of exit 4. Considerable discounts are offered because the merchandise is surplus stock from retailers or out of season. It's like a big dumping ground for all the clothes that the retailers don't want to sell. If you have a lot of clothes shopping to do, I'd recommend heading down there.
There's also a Value Added Tax refund for foreigners. If you buy something over W30,000 and depart within 3 months, you get your VAT back when you depart. 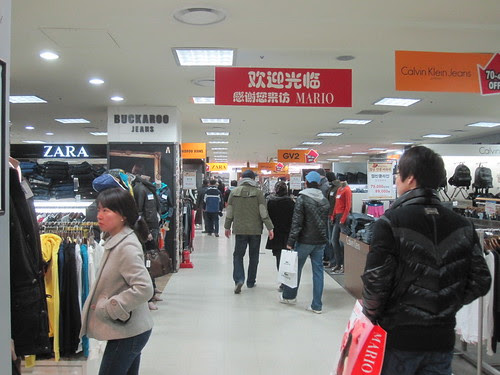 Growing up with a family of four children meant that a lot of the old hand-me-downs came my way. Sporting the family heirlooms at school didn't bother me too much, although any designer brands that we kids had were highly prized possessions.

The average discounts at the Mario Outlets are around 40-60% off. 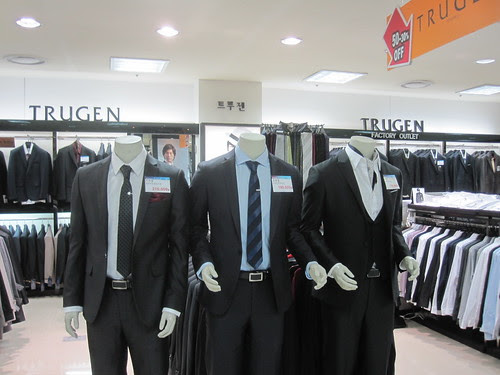 There's enough floor space in the various buildings to spend the entire day, if you like shopping. In the end we spent around US$400, but now we'll probably be fine until next year. On their website it says that at the end of every year they have a mega sale and merchandise has a 90% discount.

Which makes you wonder where the other 90% of your money goes when you buy it at a department store. 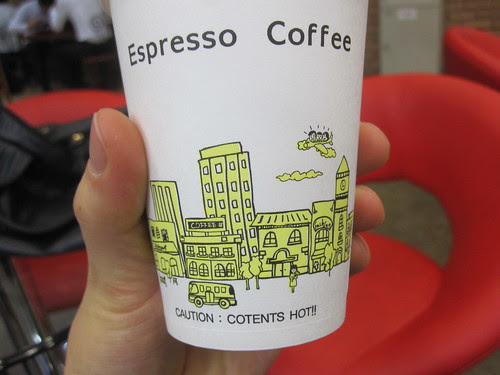 I've been collecting a few photos of public spelling errors on my trusty handycam lately. I'll post a summary of them all soon. Someone once told me that there was a lawsuit in the States where a lady spilled hot McDonald's coffee on herself and successfully sued the company for damages. The accusation was that she was not adequately warned on the label that coffee was hot. Since then, coffee cup makers everywhere have been obliged to put cautionery warnings on their cups. It's for all those first timers who have never ordered a hot coffee before. 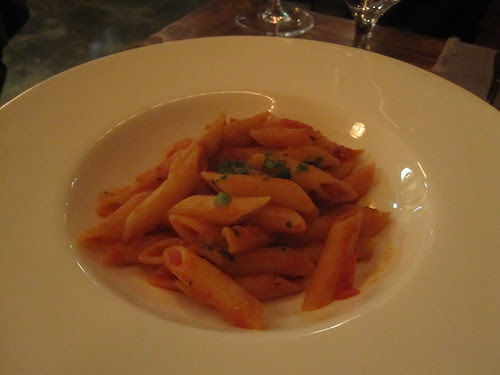 There's a new Italian restaurant near us called Trattoria, that recently opened up. It's worth a mention because the cooks are Italian and the food seems to be authentic. This arrabiata was lightly sauced but well flavoured. They also sell table and house wine, in carafe and half carafe sizes. That fact alone sets it apart from your overzealously decorated local Sorrento.
The only Koreanification detectable was a little jar of pickles that reluctantly came with the main course. An Italian restaurant in Seoul that doesn't serve pickles is brave indeed. 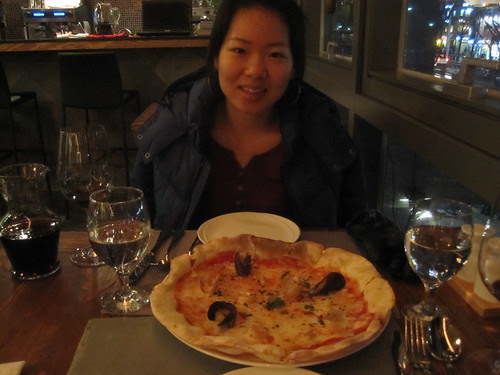 We also had the Pizza Il Mare, which had excellent dough and good cheese. It cost us around $30 for this meal and we'll probably go back sometime. It's not worth making a special trip out for, but it's the best Italian food in the SNU area. To find Trattoria, take exit 2 at Seoul National University station and walk up the road (past KFC) for about 50 metres. It's on the second floor above Cold Stone Ice Creamery.

And if you've got the time, have a read of an Italian Chef's experience of cooking pizza for Kim Jong Il (Part 1, Part 2, Part 3).

I was expecting to read about a shopping centre focused on an Italian plumber with a red shirt and cap, and blue suspenders... I'm a bit disappointed.

I was hoping you were going to enlighten me on the genius that decided that "mushwoom make you beeg, flowa give you fiya" (spoken in a bad Japanese accent)

Thanks for posting the links to the chef's North Korean experience. I just finished reading Nothing to Envy, a book about six North Korean defectors. Very interesting reading.