Marathons always sound like a good idea when they're scheduled to happen a few months later. A typical plan would consist of slowly getting back into shape over the generous amount of weeks beforehand, before blitzing the track and setting a few local records at the same time.

But reality always has more realistic ways of doing things. A week before the MBC marathon was scheduled to happen, I finally decided it might be a good idea to go for a practice jog. 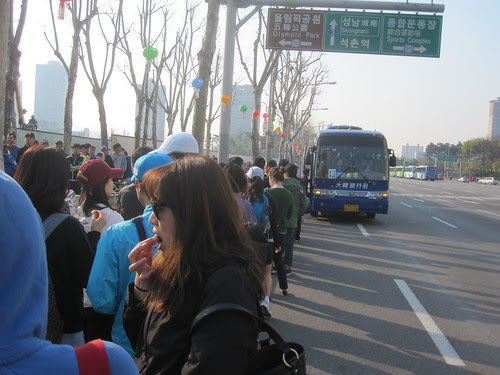 On the morning of the event, we woke up at an inappropriate hour and went to a subway station that was a lengthy distance from our comfortable dwellings in Gwanak-gu. While waiting in the freezing air for the shuttle bus to arrive, I wondered why so many people would willingly sign up for such an ordeal. 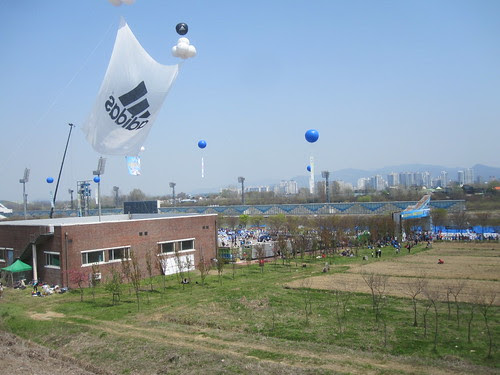 I concluded that it was because the act of monetary payment and boasting to friends of involvement is a subconscious way for us to trick ourselves into having to do something that we'd normally make excuses to avoid. 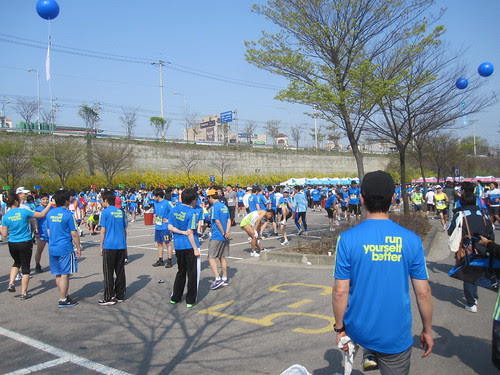 At the venue were a large amount of people who had found themselves a victim of such self-trickery. The ones who really did want to be there were identifiable because they wore specialized running singlets, rather than the complimentary 'Run Yourself Better' shirt. 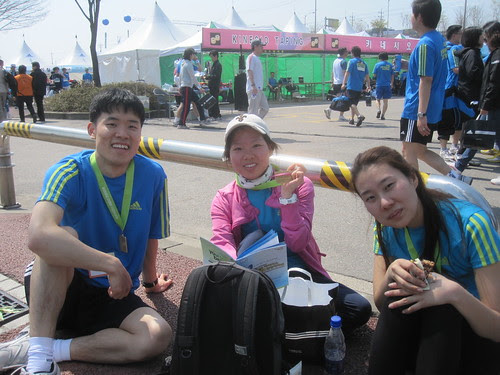 In the end our times weren't too bad. I only stopped to walk once, and that was because of a hill. And the good thing about the MBC Marathon is that everyone who crosses the finish line gets a medal.

With three sponsor's logos on it. 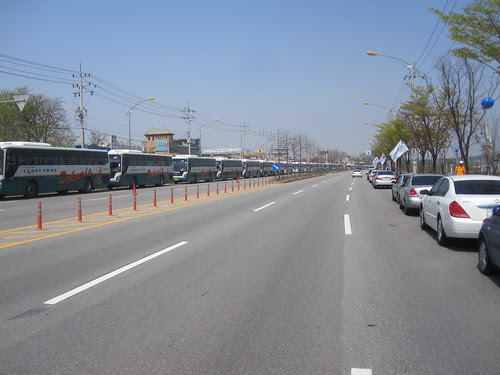 There were a few thousand participants at the event, and they had booked over a hundred coach buses to transport us from the subway to the location, which was around 5 kilometres away. Next year I'll just run from the subway station to the course and back, thereby saving time and money.
That is, if I choose to endure three days of post-traumatic thigh disorder. 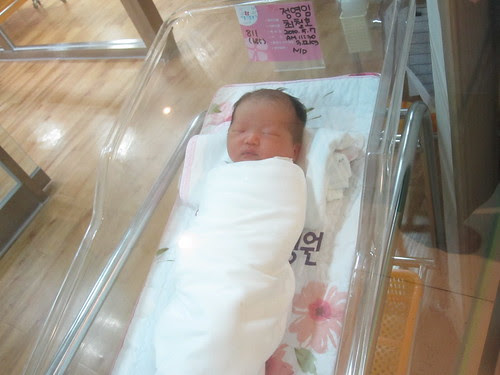 A week passed between the marathon and the time this photo was taken, which was when this particular baby was one day old. It's Heather's newest niece, and technically my niece-in-law. In Korea, they often don't give names to babies until some time after they're born. 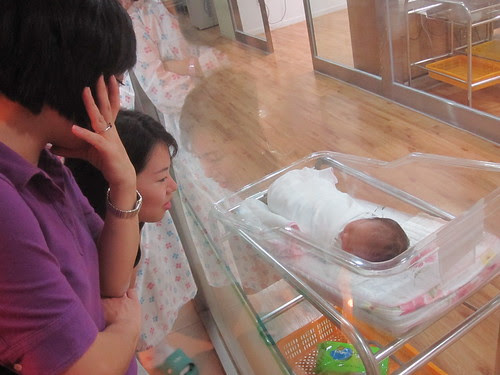 Heather has a slightly worrying, endless fascination with babies. I don't mind the things.
Especially when they're sleeping. 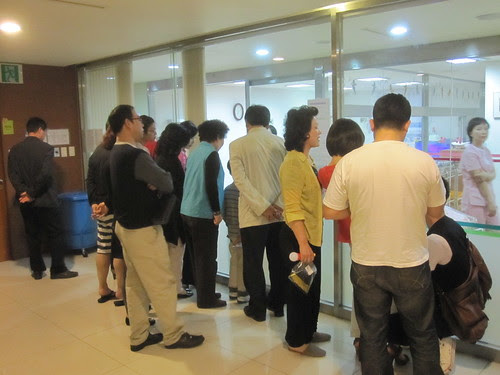 I think it would be a very rewarding job to work in a maternity ward. But you would have to like babies a lot, and put up with an unnatural number of halmonis trying to communicate in baby language while tapping on the glass. 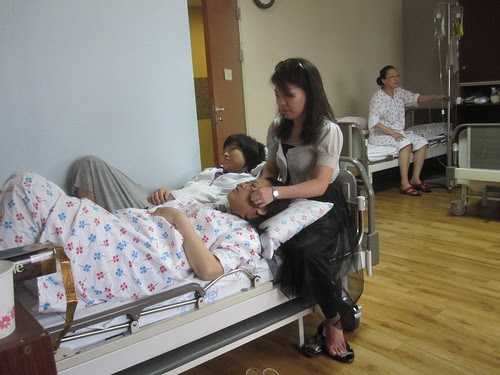 It was Heather's second sister's first child and she seemed pretty relaxed about the whole ordeal. We hung around in the recovery ward for a while, and Heather administered one of her famous temple massages. 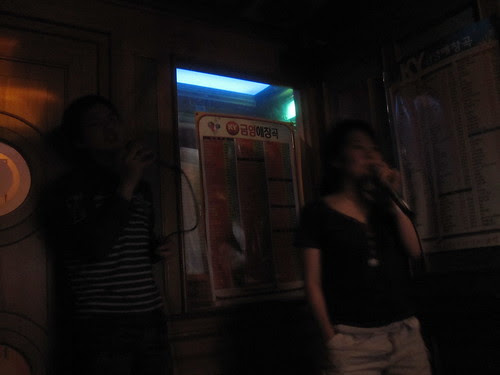 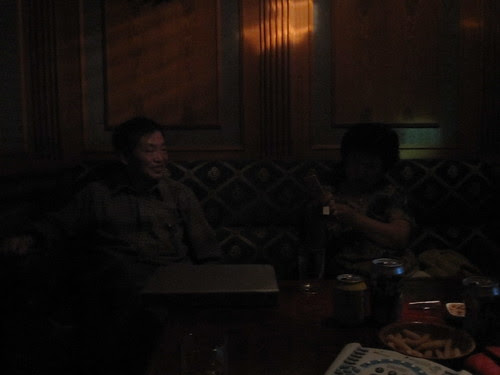 Heather's parents were happy to have another grandchild. They took us out for barbecue pork and encouraged us to drink copious amounts of soju. After that we went to the noraebang together, which would have been a little odd if I wasn't so tipsy.

Another odd thing that happens when I go to Busan is that I always borrow Heather's dad's old clothes to sleep in. 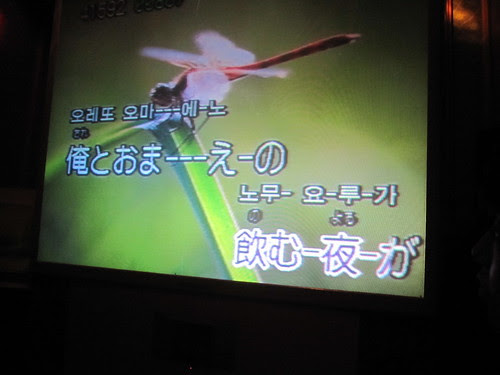 Heather's mother can speak Japanese. I studied it for a few years in middle school, but I can only remember how to say "I understand a little bit of Japanese." 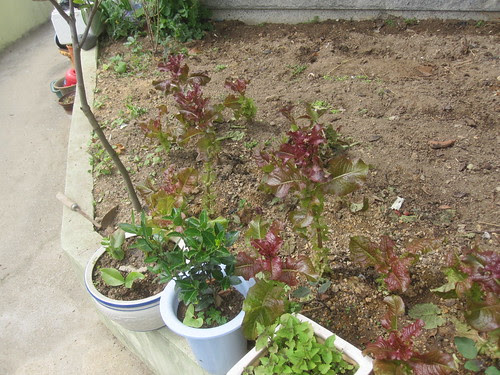 Heather's parents have planted the lettuce seeds that my dad brought from Australia for them. Dad calls this kind of lettuce 'fancy lettuce'. 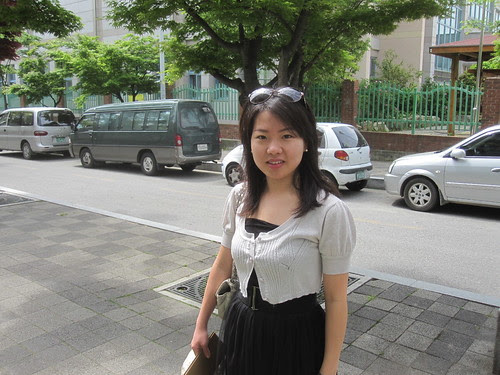 What a lovely wife I have. She used to try and hide from the camera when I first started blogging, but these days I think she's beginning to enjoy the publicity. Occasionally we'll be walking somewhere and she'll say "Hey, take a photo of me over here." 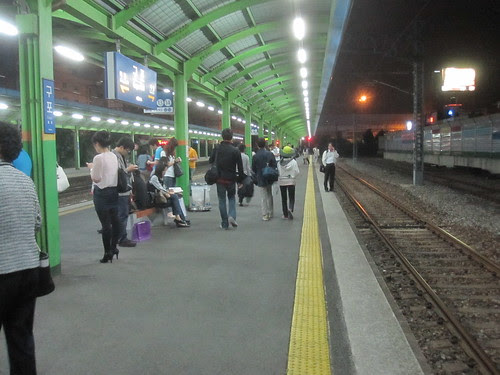 We went back to Busan on the Sunday without having time to catch up with friends. I don't mind the odd trip down there, but it's pretty exhausting. Typically we sleep little, drink lots and are enthusiastically fed too much apple, melon and obscure banchan* that only Heather's mother makes. Of particular note is her salt crab dish, which is so salty that raw crabs are perfectly preserved at room temperature for months on end.
*preserved traditional Korean side dishes, the family recipes of which are passed down the generations. 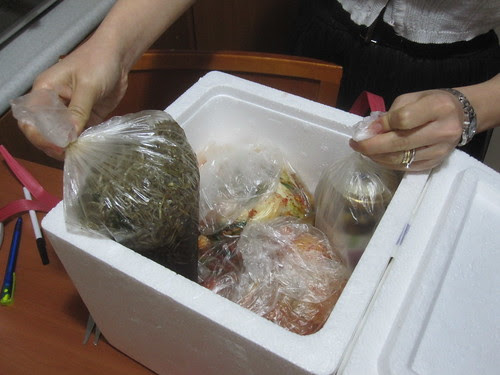 But the good thing is that we often get to choose which homemade banchan we take back to Seoul with us. A treasure chest like this will last us for quite some time. In some ways, banchan is the perfect gift, because it's cheap to buy the ingredients, but takes a lot of care and experience to make.
Hmm, now there's some food for thought.
Posted by Lee Farrand at 11:58 pm

You might want to do a Google search for that.

Good job on the marathon. I'd have to train for at least a year before surviving one.