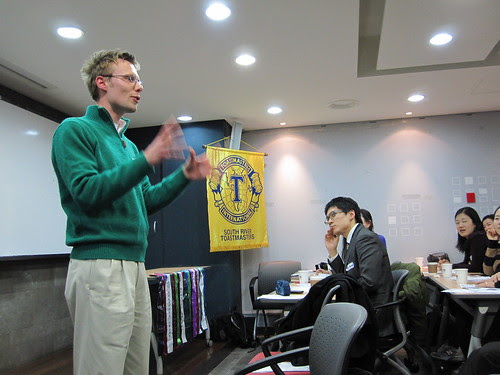 Here's SRTM's newest Polish American inductee, Art Michalak, giving his iceboat.
In general, the best first speeches involve a mix of personal insight and self-deprecating humour. Art used both of these elements well and had the audience in fits of amazement and laughter, respectively. 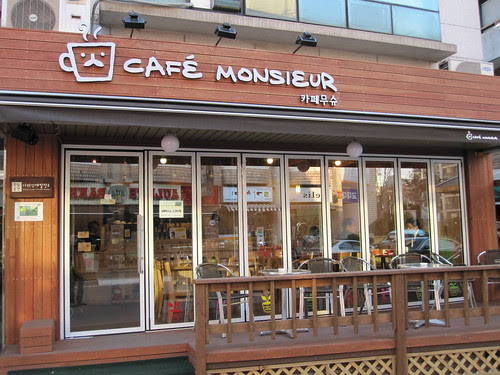 A couple of weeks ago, it was time for Toastmasters officer's training. We held the event at Taewon Seo's new venue near Gyodae station. Cafe Monsieur has excellent tea and coffee, and also serves the most delicious bread south of the Han river.
And I'm not just saying that because Taewon is a nice guy.
His bread really is delicious. 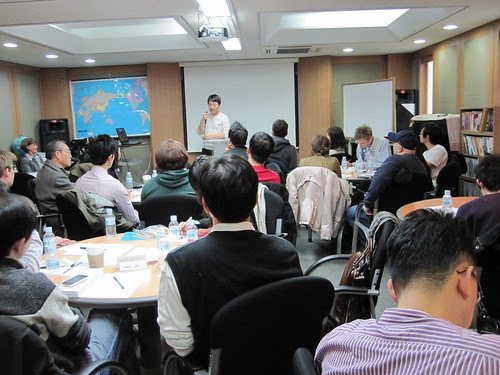 Our volunteer organisation runs on water, sunlight and enthusiasm. While I have plenty of all three, one thing that I don't have a lot of, is time. These days I have all sorts of odd jobs and mischievous extra tasks popping up during the week, much of it traceable to an anonymous source that we'll just refer to as Professor Tsang. So, with such a busy schedule, why do I attend Toastmasters so often?
Well, because I have to. 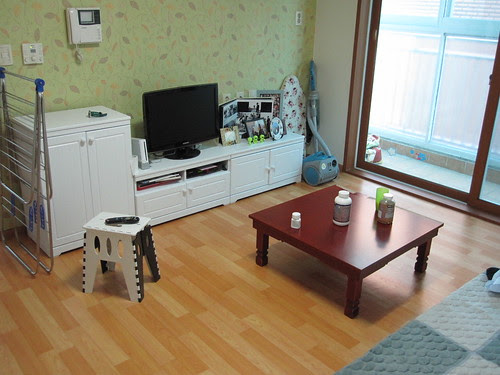 Let me show you around our new place. It's big and warm and has all sorts of hidden secrets, like an inexplicable glass door on the balcony that leads to nowhere and doesn't open. 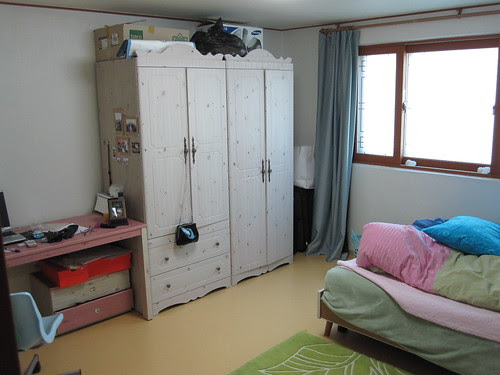 We've gradually been filling it up with stuff from G-Market. You can buy pretty much anything in the world on G-Market, except for self confidence and personal growth. Back when I was an impoverished undergrad student, a large majority of my furniture resembled discarded-yet-sturdy plastic milk crates. But, as I always claimed, it was actually from IKEA and designed to look that way. 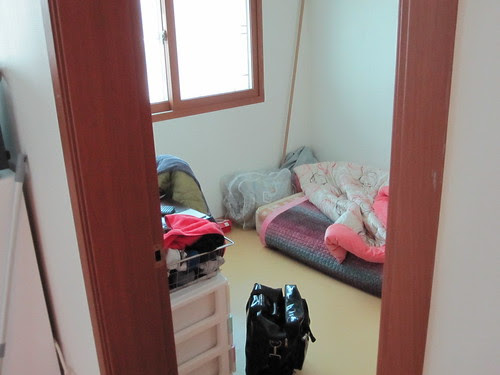 This is Jang-Ho's room, to which I rarely venture. A man's home is his castle, and so I guess a boy's room is his mini-boy-castle. 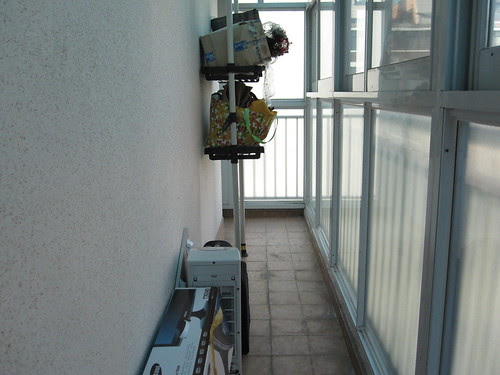 This is our pseudo-balcony, called MiG Alley. There are no jets here, but that's not to say that there won't be in the future. 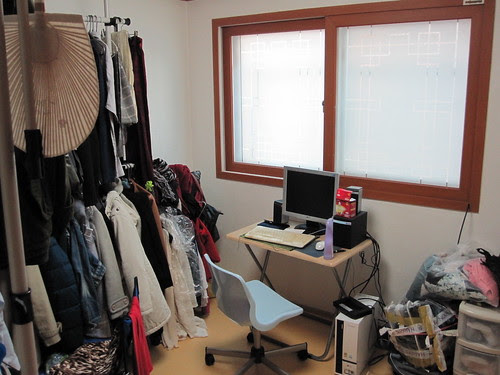 And this is a small room, that Jang-Ho has insightfully named the computer-ot-bang (computer and clothes room).
My nickname for Jang-Ho is 'Jang-Ho the Genius,' and it's not for nothing. 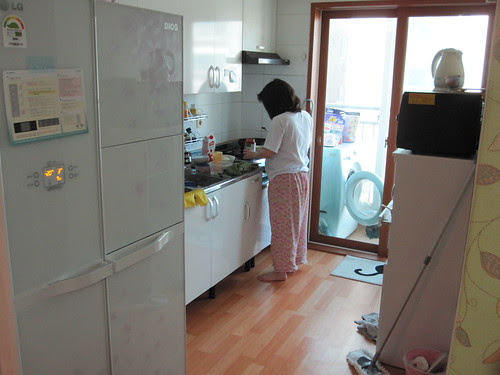 That's our new fridge on the left. Heather's Dad bought it for us as a housewarming gift. It's much larger and sophisticated than we need and has a small computer, a pressure-activated drinks tray and a black belt in Taekwondo. 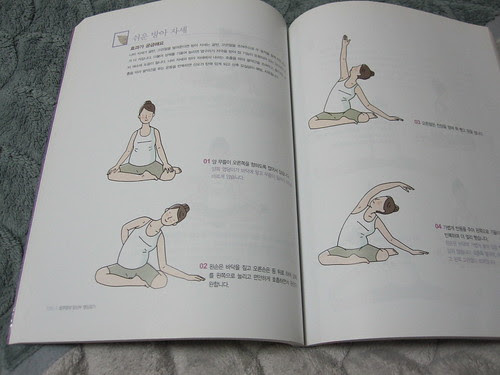 Heather does a lot of stretching for a variety of reasons. As pregnant women's bellies enlargen to Leviathanic dimensions, the body releases a hormone called Relaxin that gives flexibility to joints. A number of exercises are beneficial in such situations, including yoga, swimming and ballet.
Heather has found that one unexpected outcome of being heavily pregnant is that it's very difficult for her to cut her own toenails.
Fascinating. 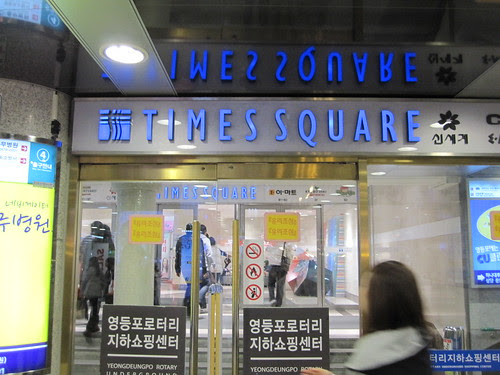 Every self-respecting megacity in the world has a location called Times Square. Seoul's is located at Yeongdeungpo Station on subway line 1 and seems to have sprouted up overnight without so much as a pair of complimentary dancing girls to celebrate its opening. 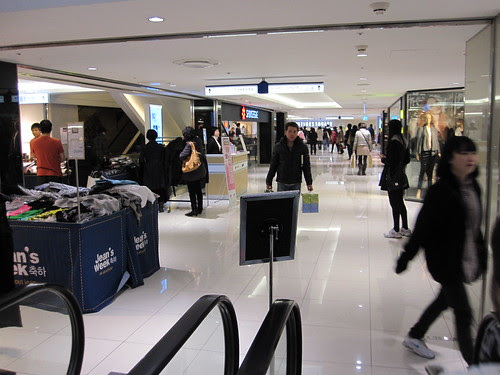 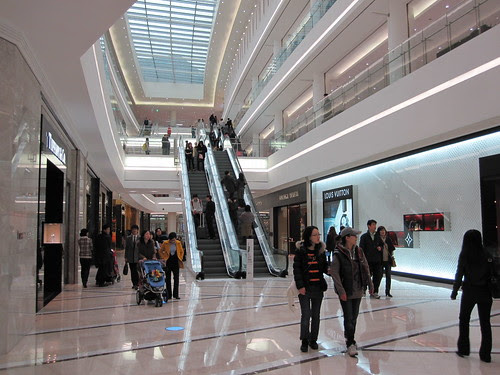 Such considerable explanations are to no avail when trying to cover one's tracks when one has told one's wife that they are happy to go shopping on the weekends and thereafter appear less than excited to do so.
The frown of the Queen Ant induces all sorts of odd behavioural changes. 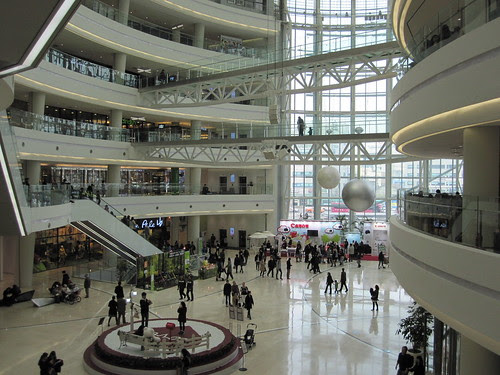 Times Square is a lot like Shinsegae at Centum City in Busan. The floors are shiny, the shops are many and the walls are an arbitrary shade of white. 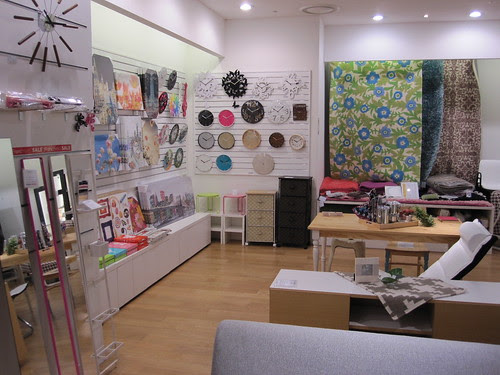 Our newest favourite shop is called Franc Franc. Our old favourite shop was a Japanese store called Muji that sells a plethora of useful items, all in earthy shades of brown. Franc Franc sells nice stuff that you can put around your house, like towels and clocks.
So now, my favourite shops in the world are: 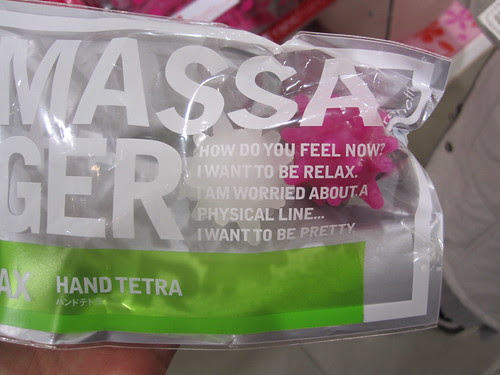 I heard that this particular quote was from an 80 year old female Tibetan monk who broke forty years of silence to share these words of wisdom with us all. 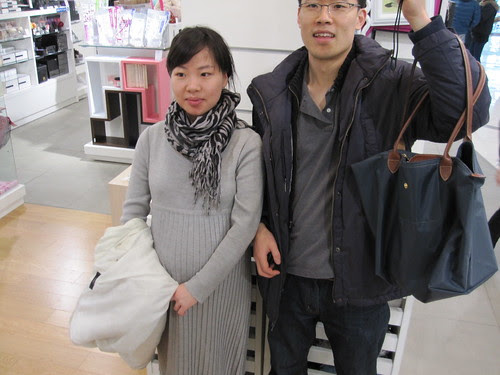 Here's a self portrait taken in one of the high-fidelity mirrors of Franc Franc.
Heather doesn't seem to be too worried about her physical line. 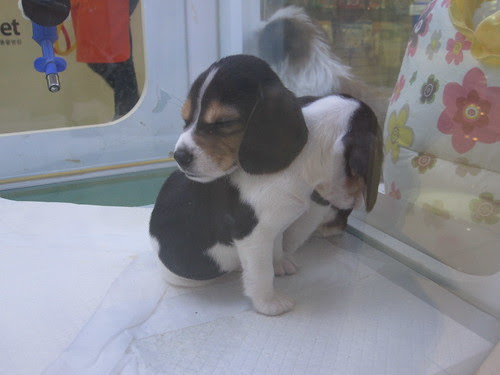 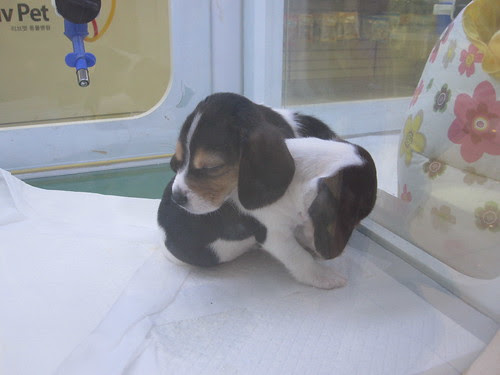 And to cap off this post are some sleepy puppies seen through a pet shop window. They were small enough that you could put them both in a baseball cap and have room to spare. I guess you could put the baseball cap on and have a slightly wriggly head-warmer. In general, I like dogs a lot, though not so much in soup.
Have a good weekend everyone!
Posted by Lee Farrand at 11:04 pm

Has Taewon switched businesses or has he just diversified his entrepreneurial ventures?

Nope, he has expanded. Still doing the travel agent business.