The readers who occasion this blog from time to time are funny, smart, handsome and/or pretty. Or so I assume. They're also a forgiving bunch who digest awkward opening paragraphs with formidable skills of intellectual gastronomy. Thus I feel quite comfortable beginning this post with a tangential thought that I had, upon awakening at 4:30am this morning. You see, I didn't buy an air-conditioner for our Seoul residence because I tend to leave important purchases until they become painfully necessary. Heather and Ashley have various forms of temperature control at mother-in-law's house in Busan. But I'm not so lucky here. So I awoke, rather warmly, a little early. I think I'm a sensitive sleeper. 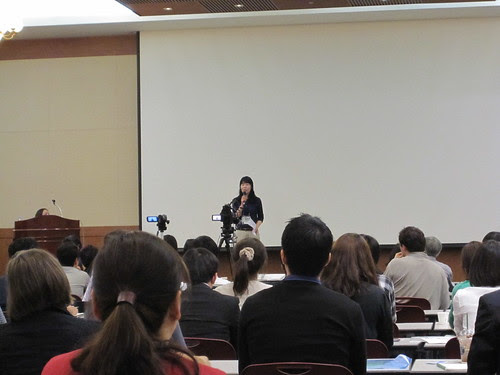 If you're familiar with the blogging world, you'd probably know what a tag cloud is. It's a bunch of words, usually in the sidebar that have varying font sizes showing which words are used most frequently by the blog author. Do I have one? Wait. No I don't. Anyway, in molecular biology, we have a machine called a microarray. What a microarray can tell you is which of your genes are at different expression levels when compared to somebody else's. For example, one of your hair genes could be expressed at a higher activity level than your friend's, while your sweat gland gene could be lower. A microarray tells you what biological differences there are between you. If I was a blog and you were a blog, and genes were words, then a blog microarray would tell us how different our tagclouds appear.

Does that make sense? I hope so. 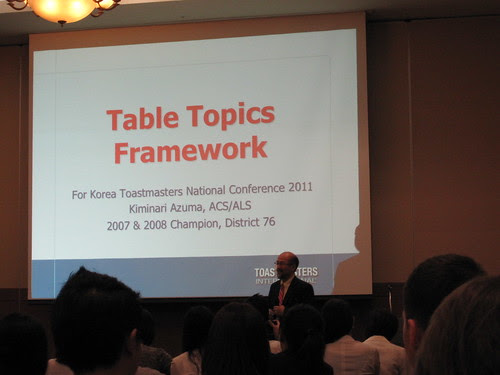 So here's my tangential idea: Imagine all the spoken vocabulary that Koreans use in a day and translate it into English. We'll call that the Korean vocal tagcloud. Also imagine an Australian vocal tagcloud (already in English). Now compare the two using a microarray. What we'd see in the results would be the words that are more frequently used in one culture than the other. My guess is that some conspicuously overexpressed words in Korea would be ones like 'burden,' 'endure,' and 'delicious,' while Australians would overexpress 'G'day,' 'mate,' and 'relax.' 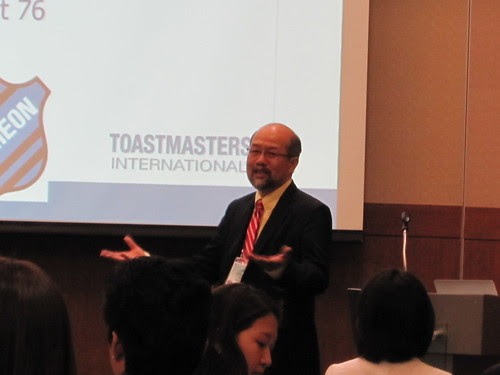 So the main point here is that the words 'burden' and 'endure' are a curiously frequent part of the Korean lexicon. During my time in the Korean tertiary education system, I've often felt that some of my fellow students are enduring some kind of burden. This causes them to pick subjects they're not particularly interested in, and study harder than they'd like to. Perhaps a more preferable alternative is to navigate life through intrinsic motivation.
So this all leads to the Toastmasters National Conference, that I attended a little while ago. You see, Toastmasters is an education system built purely on intrinsic motivation. It's a whole bunch of volunteers helping each other improve public speaking in their spare time. Amazing? Well, not everybody thinks so.
In the photo above is Kiminari Azuma, a public speaking champion and our special guest from Japan. Kiminari told us a few useful things that day, one of which was his habit of always accepting speaking challenges by default. 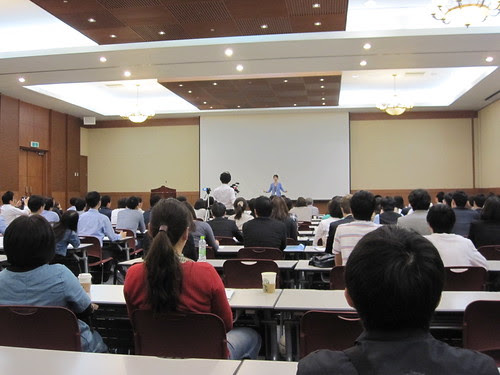 Everything gets better with practice. I remember my first day giving a speech. I had a tail between my legs and waffled on about something that was of no interest to anyone. 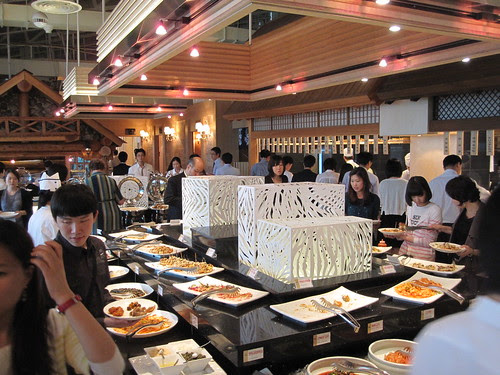 We held the event at BEXCO in Busan and it was attended by a few hundred members from around Korea. 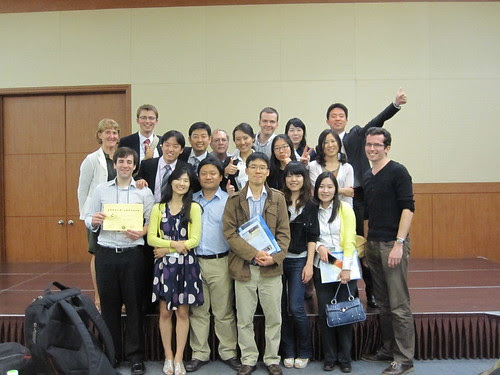 Here's our club, the South River Toastmasters. Quite possibly the finest club in the universe. I've just finished six months as president, which has been one of the most rewarding experiences of my life. 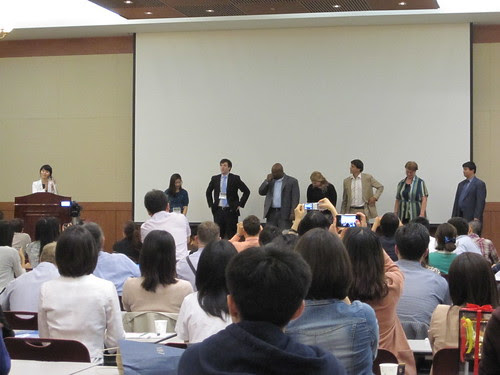 The winner of the national speech competition was Frank Lev, from Sincheon Toastmasters. Members reach their zenith at the nationals, and it's an inspiring show. 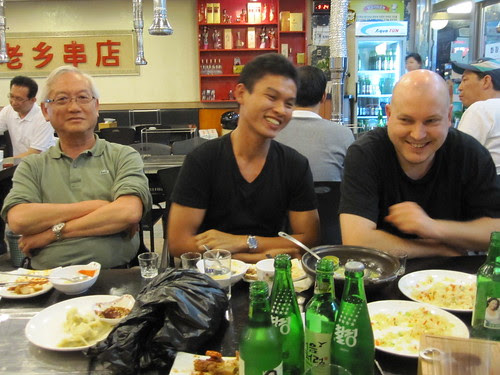 The other half of my education comes from the lab. In the photo above are the boys of the Tsang Lab: Professor Tsang, Akechai and Dr Vahlberg. Our professor just finished his annual 3 months in Korea and is now back in Ottawa. Actually, I have to video conference with him in approximately one hour (8am every Tuesday).

The only thing I dislike more than 8am Skyping, is 7am Skyping. 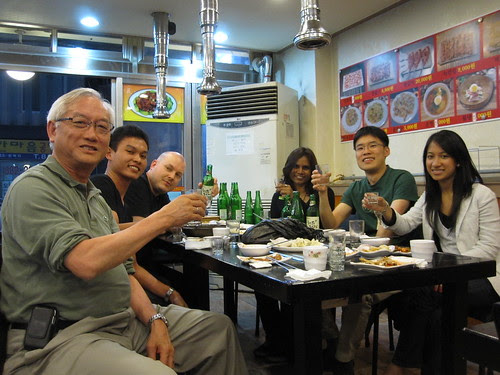 But we still manage to have our fair share of fun. Nothing says fun more than green bottles and shot glasses. 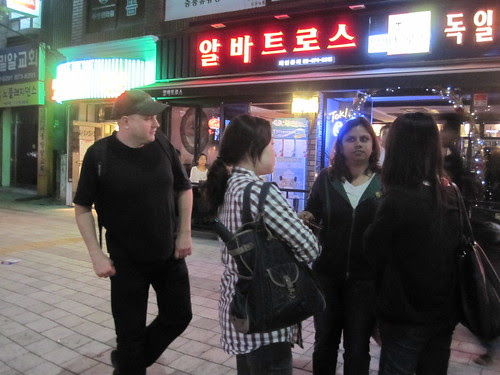 We've been going out a fair bit recently. Saving money via cheaper alcohol tends to cause an increase in the amount spent on Tylenol. But if I buy cheap Tylenol, then it kind of balances out. 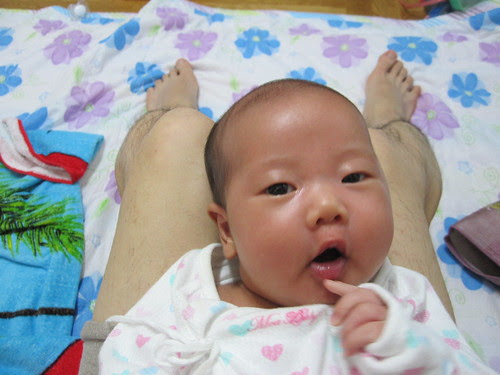 Oh look, it's Ashley. Me and Ashley are already best friends. She's busy developing a personality and is now nearly two months old.
Some people have pointed out that my legs are hairy in this photo.

Hey, man. Stay focused on the cute baby, not the hairy legs. 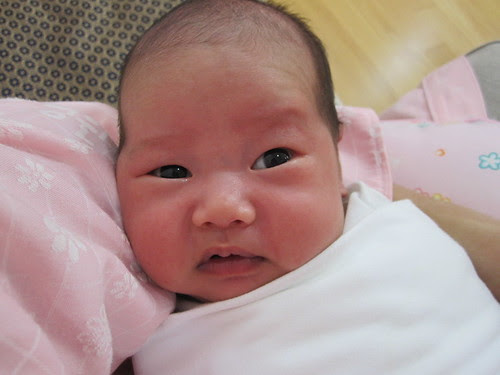 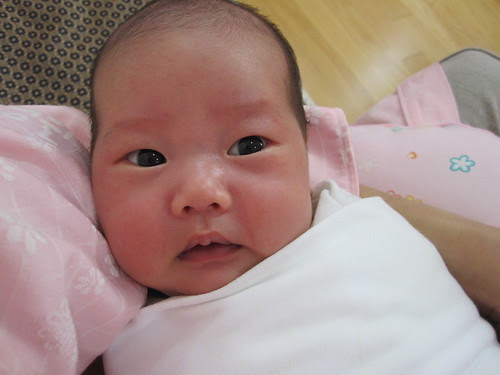 She gets very excited by milk. When she's about to be fed, she opens her mouth and starts hyperventilating. And sometimes she smiles when she dreams.

I assume it's because she's dreaming about milk. 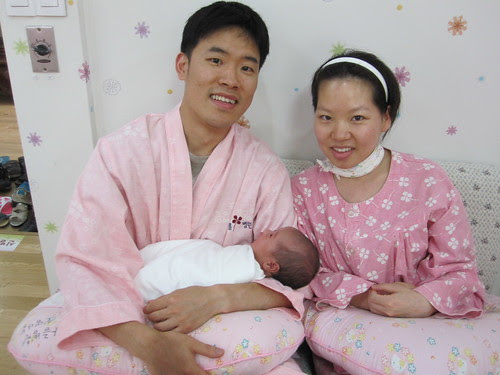 This photo is from when we were still in the maternity ward. Heather and I are proud parents. Having a kid is definitely no easy task, but a good thing to do. Hat tips go out to all the other parents and those who appreciate them.

And now it's time for me to start the day.

Have a good one, everyone.

Seeing the green bottles make me thirsty. Had my very first taste of soju early June. It was a cold evening along the highway when I bought the first bottle at the convenient store at the restaurant. It was 2,000 won. Just saw it at a supermarket in Malaysia selling for RM 11 or abour 4,000 won.

Hey, congrats ^^ Haven't been reading ur blog in a while. Baby Ashley is sooo cute :)

Hi Lee, congrats! I would like to ask whether is it easy to find a job in the biotechnology/pharmaceutical industry in Korea for a foreigner?

Thanks all. Chan, you can email me if you like: leeskoreablog[at]gmaildotcom