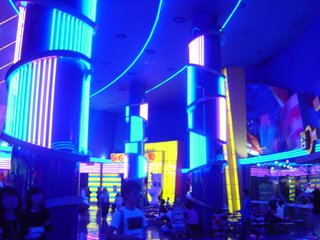 Here we find ourselves admiring the dazzling interior of the Haeundae Sfunz Cinema. I have been unable to work out what Sfunz means, or how to pronounce it. It's pretty though. 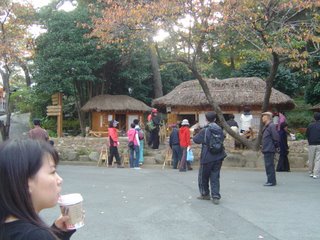 Last weekend we went out on a rather chilly day to visit Mount Keumjang, a popular destination for weekend walkers. At the base of the mountain in those huts there, they had some people dressed up in traditional Korean hanbok, playing drums and singing in a very distinct style. In older Korean music, there are some songs that are so difficult to sing that only a handful of people know how to perform them correctly. Such people are entitled 'intangible cultural assets'. I saw a documentary of them on tv. 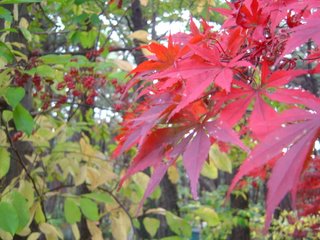 The trees around Busan are changing colours and are very nice to look at, forming a patchwork quilt when observed from high above. 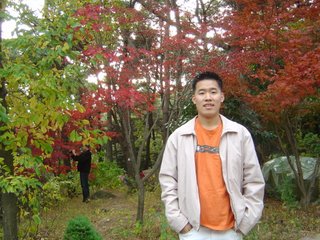 And here's me standing against a winter backdrop. That ninja guy in the black is Jef, busily documenting a photo library of the leaves. We were actually a lot colder than we appear. 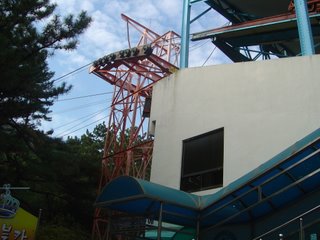 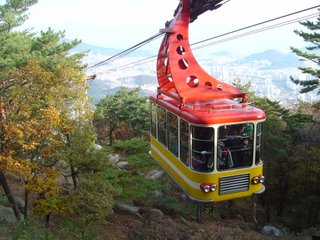 We found ourselves at the summit approximately $3 later. The ride up was nice, a little bumpy and a little crowded but we got some good views of the mountain. 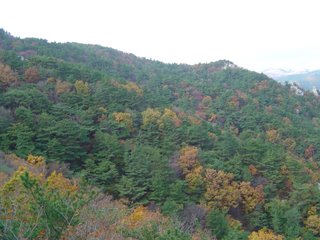 The trees change to different colours during the winter but are a little more appreciable in real life. Maybe my camera was on the wrong setting again. Some of the yellow coloured trees are called 'Bank Trees'. 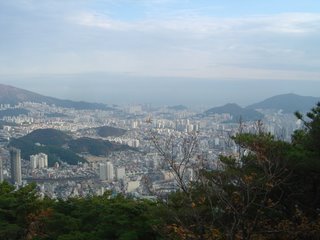 The view at the top was quite nice and not too hindered by the trees. You could see most of Busan, weaving in and out of the mountains. Far off in the distance is the Gwangali Bridge, which is hard to spot in this photo unless you know what to look for. It's a blip in the ocean left of the third green mound from the right. 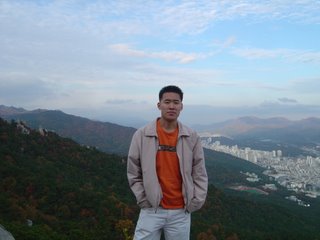 There were plenty of different vantage points to look out from at the summit. We were able to see from the mountain ranges that we were on, to the ocean on the other side. I have no idea who that phoney tourist guy is. 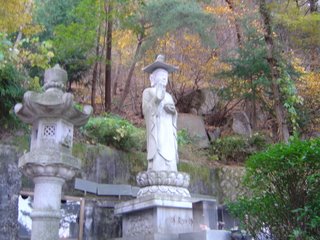 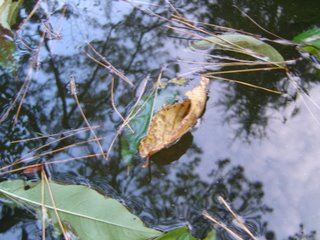 There were some nice ponds around the place with goldfish in them. I call this shot "Leaf on Water". The inspiration for the title hit me when I realised that there is a leaf and it happens to be on water. 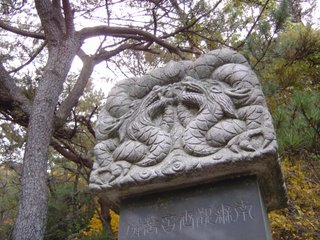 This intricately carved totem was about 3 metres tall and had Korean and Chinese inscriptions carved into it. 'Totem' is probably not the correct terminology, but I like to use that word. As my old man always used to say, "You can never have too many totems". Actually I made that up. But anyway, there was some very skilled craftsmanship that went into the written inscriptions. It had all been done by hand and the spacing of the characters was perfect. 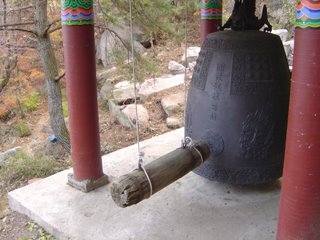 This bell didn't have a padlock on it, but I observed restraint and left it alone. It's more difficult than it seems. 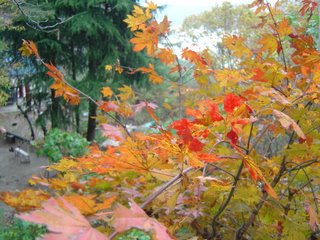 Some more winter colours. This reminds me of the grapevine we used to have in our backyard. 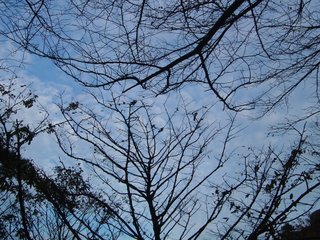 As dusk approached, we found ourselves running a little behind time and scrambled back to the cable car area. The temple was only 200 metres away from it but the slope was very sleep and it took us about 15 minutes. 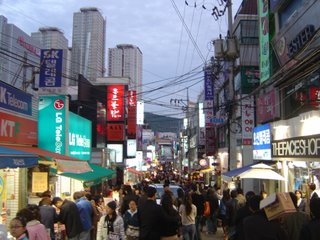 We ate dinner in an area that we hadn't seen much of before. The Busan University area was very busy for a Sunday night with lots of shops and restaurants open. We found our way to a Turkish restaurant that turned out to be superb. Food like falafel and shaslicks are a rarity in Korea, and thus are savoured and sought after with greater tenacity. By us, at least. 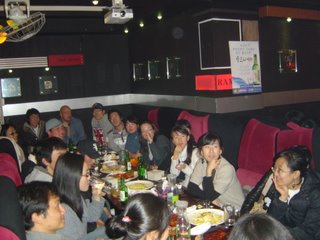 This is 'English Club', a social group set up by some university students for the purpose of practicing their English. They get together once a week and do various language exercises before heading out for dinner. We were introduced through some friends and have found their gatherings to be a good social occasion. Last weekend we played the popular Korean drinking game 'sam-yuk-ku'. It's worth practicing. 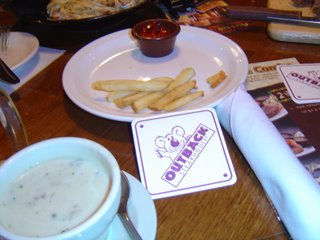 Also, our school branch has been going really well. Everyone gets along like friends and recently we won a 'best branch in Busan' award. So we got to eat lunch at The Outback Steakhouse, which is a franchise here specialising in 'Australian food'. I was mystified as to what Australian food may entail, so I analysed the menu eagerly. It turns out that Australians like to eat such delicacies as Queensland Burgers and Toowoomba Steaks. 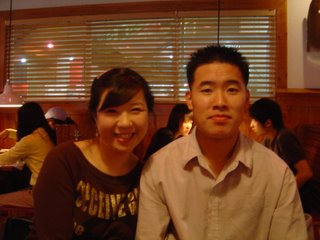 The restaurant is pretty popular here in Korea and my chicken-shrimp pasta wasn't too bad a meal. This is one of our admin staff, Ji-Hae, smiling nicely for the camera. And for those who may be pondering, she is not my girlfriend. 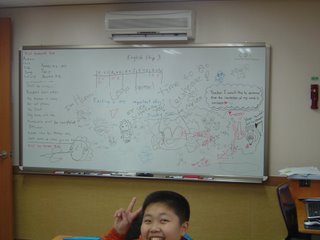 We've started a new term this week, which means I have been teaching for 13 weeks. Overall it's been a fairly smooth ride, the younger students have a lot of energy though. During the 5 minute break they manage to visit the toilet, eat bags of chips, chat to each other in Korean and leave this graffiti on my board. Impressive. 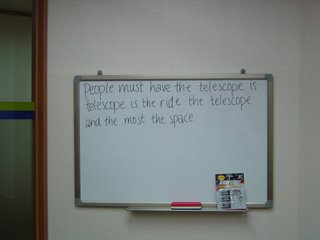 And here is a model sentence written by one of the students in Jef's class. Jef wrote it on the board in the teacher's room because it never fails to amuse us. The topic was 'Telescopes and space'.
That's all for me this time! It's getting really cold here now... like fridge temperature, but life is going well. Next week I'm starting a second job, which is teaching English to some hospitality workers. Should be fun. Cya round.
Posted by Lee Farrand at 10:36 pm

An Australia food franchise? Now i've seen everything :D What no Melbourne Coffee? Or how about Sydney Pasta? Love the Konglish!