Dad and Chris arrive in Korea

Dad and Chris arrived from Australia last Monday for the wedding. It's nice having them here, although it seemed a bit surreal at first. Thoughts of Dad and Chris are usually a part of the 'distant memories of Australia' part of my brain, while life in Korea resides in my 'recent documents' folder. 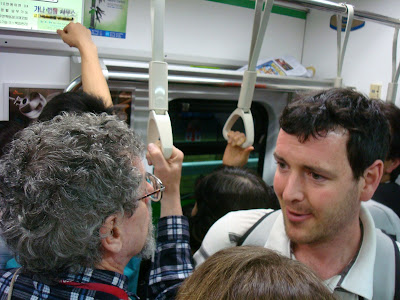 Here's Dad on the left and Chris on the right, in the busy Seoul subway. It's funny to watch them deal with the oddities of Korea, such as jostling on the metro, with typical Farrand Nonchalance™.
Dad in particular is an unsurprisable type of person. If you showed him a pink llama juggling chainsaws, he would just say "Right, okay. That's interesting." 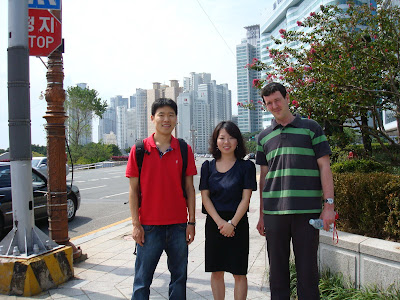 I took them down to Busan on Friday where they met Heather for the first time. They said that she is 'a very good choice'. 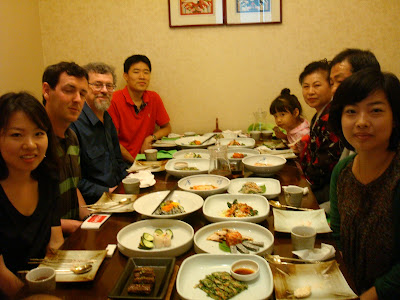 Heather's family took us out to eat at a traditional Korean restaurant which was nice. Although her parents don't speak English, we got by well enough. In Korea, the meeting of the in-laws is regarded as a monumental event. I explained this to Dad and Chris and they were very well behaved. For example, Dad refrained from licking the sauce off the plates. 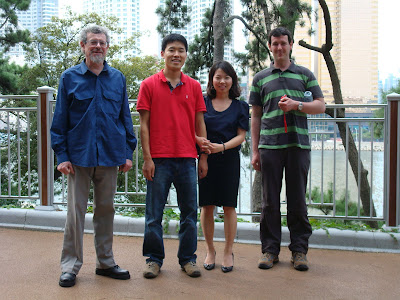 We went for a walk around Nurimaru, which is the site of the APEC building. It's one of the most popular attractions in Busan and there are good views of the ocean. 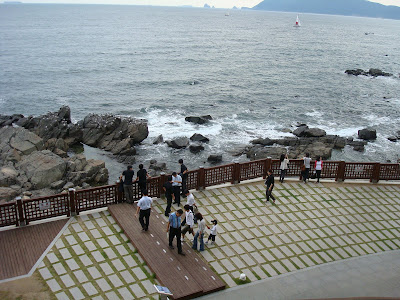 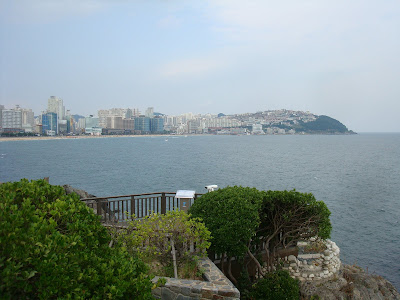 This weekend we're getting married in Busan, and the location is right on top of that little hill on the distant right. I hope to squeeze in one more blog post before going on hiatus, but will no doubt be back with plenty of news to share with you all.

woah! congrats with the wedding! somehow stumbled upon your cool blog. keep up the good work!