Phở, otherwise known as Vietnamese beef noodle soup, is one of the few things I really crave for in Korea. Australia has a healthy Vietnamese community in the larger cities, facilitating convenient and tasty phở access after any long night out. The dish is also popular in Korea (called ssalguksu), available at generic chain restaurants like Phở bay, Czen Phở and Phở Hoa. But chain store phở in Korea is a rather disappointing affair of low grade noodles, overcooked beef brisket, absence of herbs and instant soup powder boiled with bones overnight. It wouldn't be so bad if it wasn't overpriced at W8,000 per bowl, because equally good W4,000 galbitang is available at any local kimbapcheonguk. 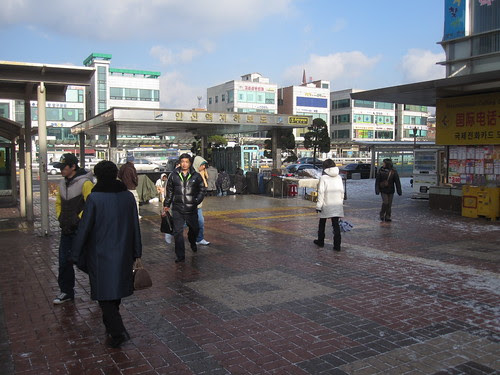 A while ago, I found a review for the Quan Vietnam restaurant in Ansan on ZenKimchi Dining. Ansan is outside of Seoul and has a large multicultural community, kind of like Itaewon, but without the trendy bars. It's 45 minutes south of Sadang if you take the subway on Line 4. So that adds up to about 1 and a half hours of travelling just for a bowl of noodles. 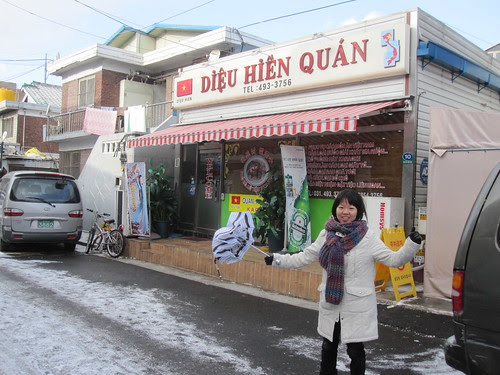 On ZenKimchi, it's listed as the Quan Vietnam restaurant, although I think the real name is Diệu Hiền Quận. Heather and I found it after a bit of searching.

To find the restaurant, take the blue subway line to Ansan station and go out exit 1. Go down the underpass to end up on the other side of the road, and slightly to your left you'll be able to walk down a street perpendicular to the main road, with lots of cell phone shops and multicultural restaurants. Around 50 metres down this street, there's the first street to the left. The restaurant is a few shops down and on the right of this street. 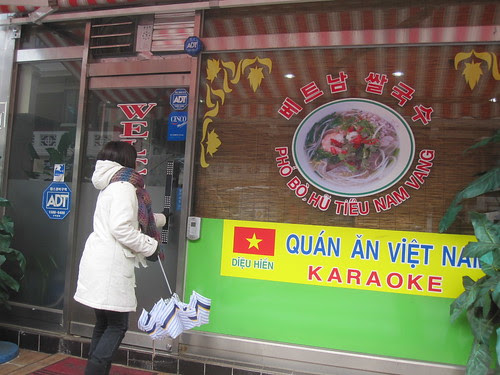 Joe from ZenKimchi usually knows what he's talking about with food in general, so I was bristling with anticipation. Good restaurants are plentiful in Korea, but there's not a lot of authentic foreign food available at grad student prices. 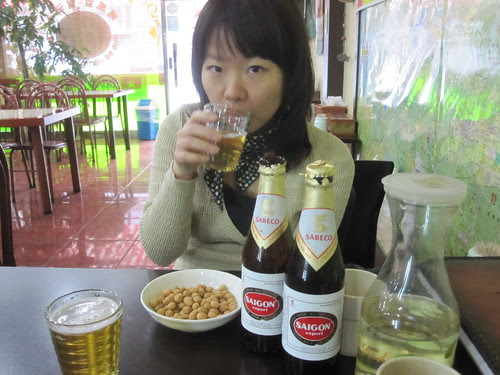 The place is a simple diner, with maps used as decorations and the odd photo of Vietnam. We started with some Saigon beer, after ordering from the well-worn menu. The lady who first served us didn't speak English or Korean, and even seemed a little bothered that she had to fetch another waiter who could speak a little Korean.
Phở shops in Australia are well known for their lacklustre service, but great noodles. So I knew it was a good sign. 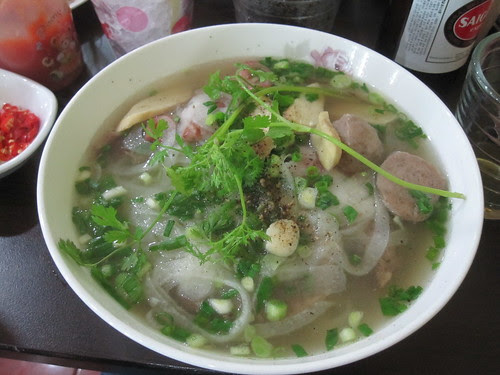 And yes, when the noodles arrived, they looked and smelled the way they should. Note the herbs on top and the sliced beef balls, which are not available at other places. I've probably eaten phở more than 200 times, and I noticed that the shade of the soup was different from the regular stuff we get in Seoul. 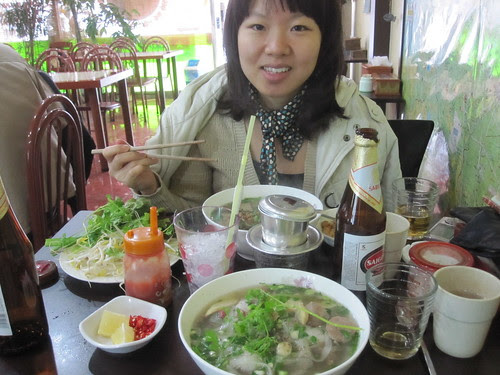 Suffice to say, the trip was worth it. The soup was flavoured authentically, the noodles were fresh and soft, and the beef flank was rare. It's these little things that all add up to make a real bowl of noodles that even my hardened Vietnamese phở friends, Anthony and John, would grunt approvingly at. 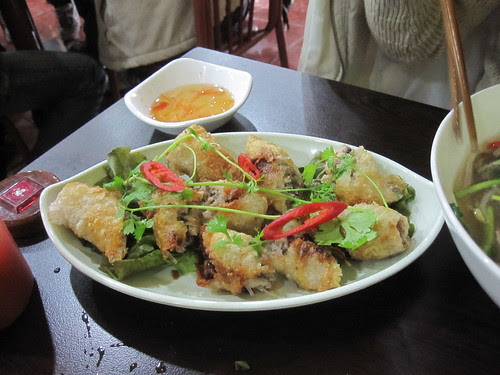 On the side we had some fried spring rolls. These are called by different names, depending on which country you come from. Although they had some dark bits, where the filling had leaked, they were excellent. I'd come all the way down here again just for these. Heather was also impressed. 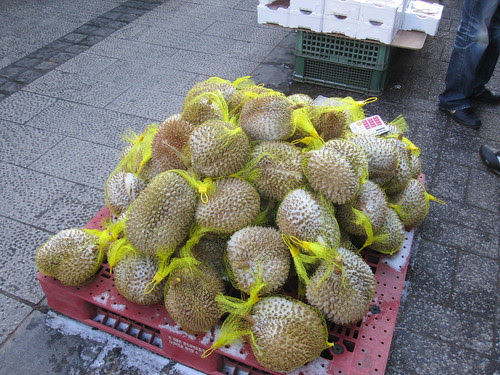 On our way back to the subway station, we had a walk around the street for a while. There are a lot of things for sale down here, that can't be found in Seoul. In the photo above is frozen Durian, called sầu riêng in Vietnamese. It has a very distinctive odour and some people love it, while others hate it. I heard that it grows in trees like coconuts, and falling durians can be quite deadly.
That sounds like an idea for a new Discovery Channel series: Deadly Food.

Anyway, if you really like phở, head down to the Diệu Hiền Quận in Ansan someday.

Oh, good! I'm glad you liked it. I think they were called Quan Vietnam when they were at their old location across the street. I had forgotten to update the name. I've been there a few times, and they can be inconsistent with their food, and they are uncomfortable when non-Viet folks come in, but it's just because of the language thing. But as far as I know, they're about as authentic as you can get in Korea.

Yes, I agree. When given the choice of excellent food and bad service, or excellent service and bad food, I'd always choose the former. But both is always nice.

Thank you for the recommendation. Loved the food there. Just what I needed; the real thing at last. Thanks again.

I also wish to ask your permission to use a few of your pix of this post in my own blog if possible. I did not have the chance to take my own pix while i was there.

I will not use any pix with anyone recognizable (face pix) in them.

Thank you, Lee. Much appreciated. It's here:

And, I only realized after sending you the first message that you had just followed my blog a few days ago. LOL Thanks for that, too.