"Maybe I need one more lab coat. This one is too much electronics." 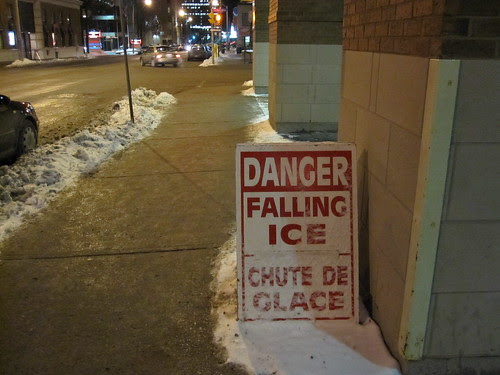 The past week could be appropriately described as warmly stimulating in scientific aspects while mind-numbingly cold outside. I think the two have balanced each other out for a fairly consistent overall experience.
The coldest day passed at -22C, with a windchill factor of -40C. On that day, I walked ten minutes from the bus stop home with 4 layers of clothing, and when I got inside Bao exclaimed "Wow, look at your face!"
I still have no idea what he was talking about, because I immediately sat on the kitchen chair, stared straight at the wall and tried to mentally accelerate my blood flow to wake my body up from cryostasis.
Now I know how frozen cell lines feel. 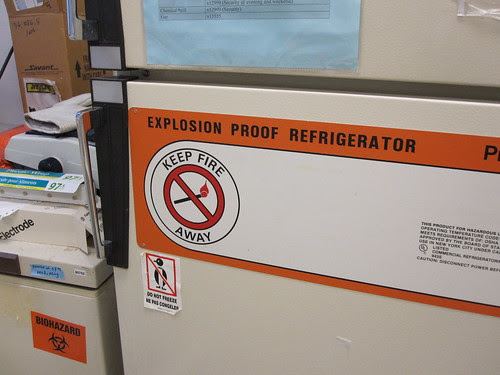 While acutely aware of the growing foci of this blog on trivial minutae, one can't help but express a number of qualms about the label on this laboratory refrigerator. My future ambition is now to work at a lab where they test claims such as these.
This particular myth is sure to be busted, due to the inescapable existence of a bigger possible explosion. 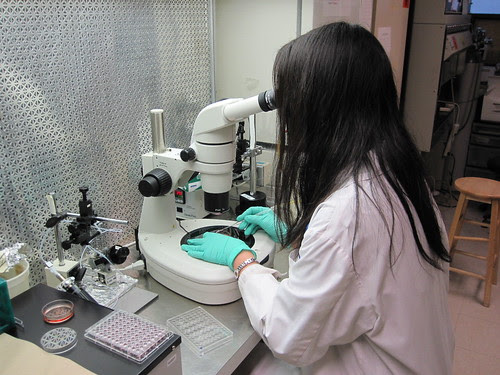 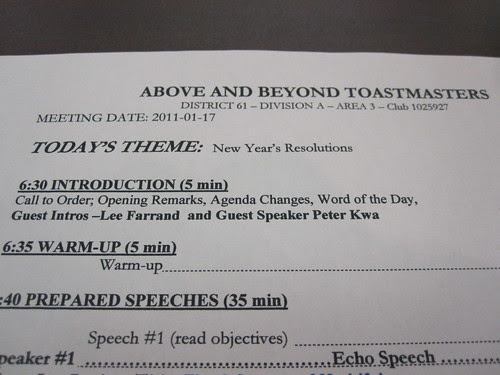 You can take the boy out of his local Toastmasters, but you can't take the Toastmaster out of the boy. That's because Toastmasterness is an intangible element that exists in fluidic space, parallel to our own universe. Last week I went to Above and Beyond Toastmasters, an advanced club also based at the hospital here. 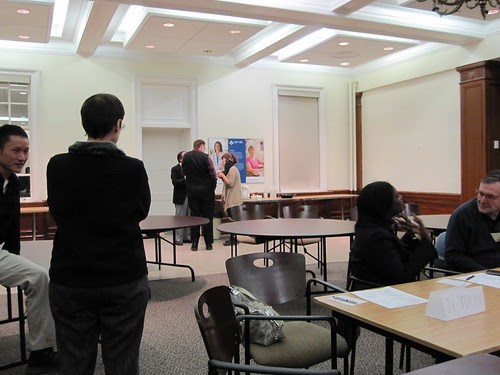 I was mulling over signing up for a prepared speech at one of the clubs in Ottawa, but a schedule packed to the brim has ensured otherwise.

I enjoyed the night here and spoke during Table Topics. 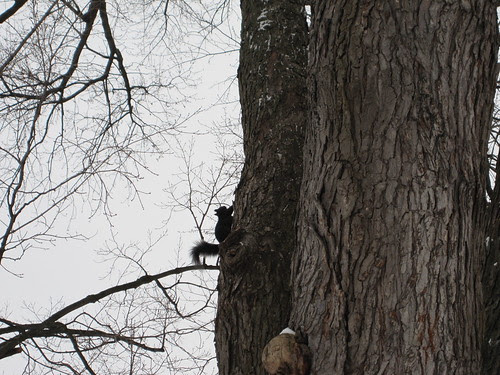 Some time in the distant future, humanoid cyborgs will note that the ancestors of their Ewok friends once looked like this little fellow here.
I heard that a pack of starving squirrels once attacked and ate a small dog in Central Park, in a rare case of necessity-based carnivory. Either that or they had long wondered what dog tasted like. 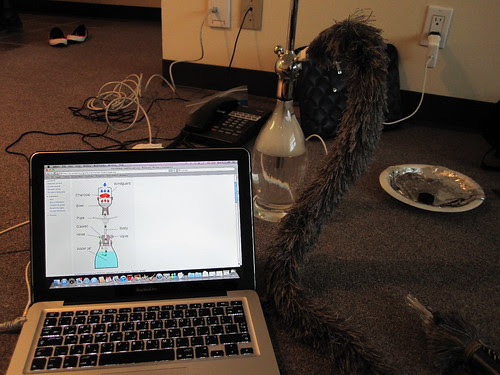 A hookah is a special middle-eastern apparata for inhaling fruit flavoured tobacco fumes. The physics of the device are particularly fascinating, whereby the operator uses their diaphragm to create a localised region of low pressure in their lungs. Due to a myriad of pipes being the only avenue in existence between their lungs and the outside world, the weight of the atmosphere forces air past the smouldering tobacco and into a goldfish bowl. This bubbles as a result of gravity pulling more on the water than the air, allowing the fumes to dissipate upwards and into the unassuming windpipe of the operator. What the operator then does with the fumes is up to them.
I generally try to blow rings, like Gandalf. 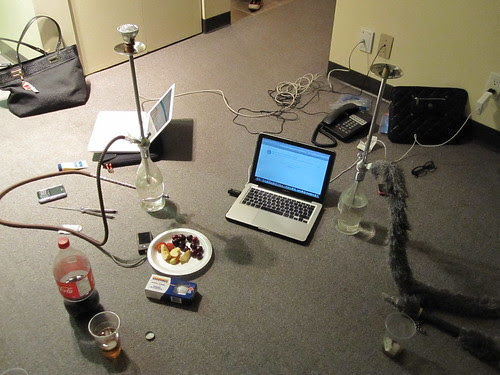 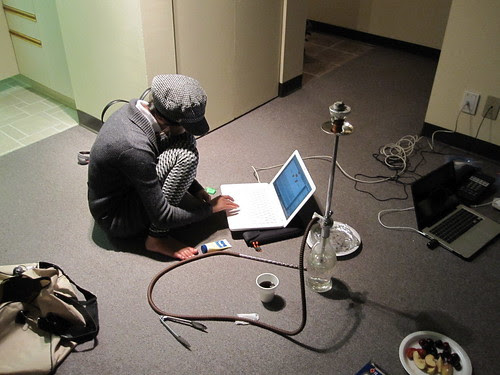 Alaa and Nadeen are two extremely new students who joined the OHRI lab a week after I arrived here. They're Saudi Arabian, and good to hang out with. Both of them have their own pipe, and smoke their own favourite tobacco on surprisingly frequent occasions. Last week I found out that if you're in pleasant company, apple-flavoured tobacco smoke and Apple laptops are more than adequate to chill with, even if you don't have any furniture.
While acutely aware of the link between smoking and cancer, I've only recently understood that there also exists a link between smoking and making new friends in far away places. 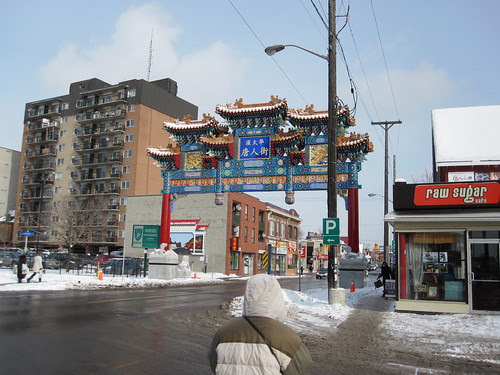 Ottawa's Chinatown has a nice gate, nearby which Professor Tsang and I ate yum-cha, the circulating cart-themed dining experience colloquially known as dim-sum. Back in Adelaide, Hong's mum used to take us out on Sundays to yum-cha at Adelaide Chinatown's Mongkok restaurant.
My favourite dish is har gow: prawn dumplings steamed in mandatory bamboo containers. 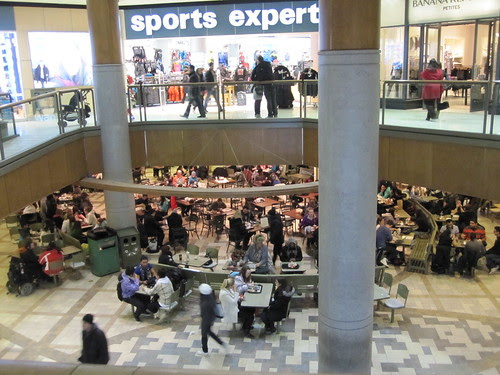 The Rideau Centre is Canada's version of Westfield at Marion. The similar building layout, the names of the shops and the foodcourt all reflect the glorious global homogeneity of modern consumer culture. From this beehive of retail activity I purchased a pack of gum and some bus tickets. 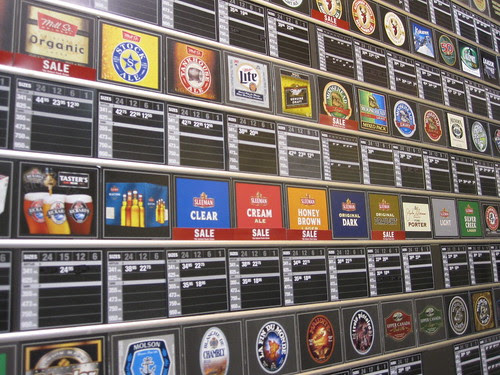 There's no doubt in my mind that beer drinkers throughout the world can tell a HoneyBrown from a Moosehead, without having to take some kind of educational course that costs money. However, my beer tongue is slightly less sophisticated and can only distinguish between polar comparisons like Miller Light versus Guinness.
Canadian beer tastes good to me. One brand in particular is imaginatively named 'Canadian.' 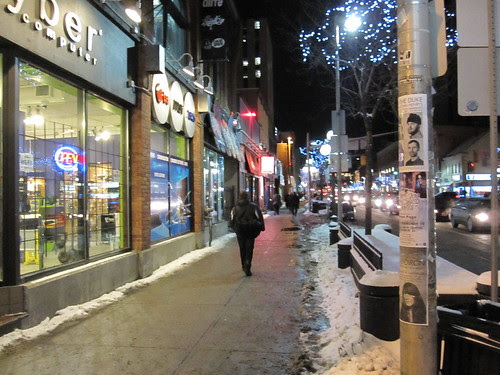 Downtown Ottawa reminds me of downtown Adelaide. For those rare few who have had the luxury of visiting both, Ottawa's Bank Street is Adelaide's King William Rd. And the Byward Market Road is Rundle Street.
The resemblance is uncanny. 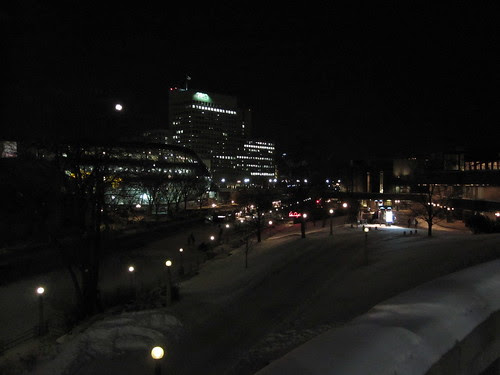 This is downtown Ottawa at night, with the canal serving much the same aesthetic role as The Torrens does for Adelaide. Only ours remains unfrozen during the winter months. And our winter months also have enough sunshine to give your regular Ottawite a tan. Speaking of which, I still haven't found an answer to the question of how to refer to an Ottawa resident.
Ottawanians, perhaps?
In fact, apart from our Québécois friends, most of the names for Canadian city residents continue to elude me. Possibly on purpose.
Torontinos? Vancouvorians?
I wonder who's responsible for such nomenclature, and how I can find them.
Posted by Lee Farrand at 12:12 am

Labatt Blue is my hometown brewery.
Try some Keith's, Kokannee, and Steam Whistle while you're at it!

Torontonian, Vancouverite...not sure about Ottawa

Wow, so Toastmasters really ARE all around the world... We've got one here at KAIST, too.