This blog has become a funny thing. Originally constructed as a diary for friends and family, it has now evolved into a kind of public way to talk to myself. As thoughts get tapped via netbook into Blogspot's familiar little editing window, wallowing in the back of my mind is the knowledge that pretty much anyone in the world can see what's going on in my life. Then I remind myself not to be so vain.
And also that the stereotypical psychotic internet stalker is statistically unlikely to select me at random from the multitude of other blogs available to the common reader. 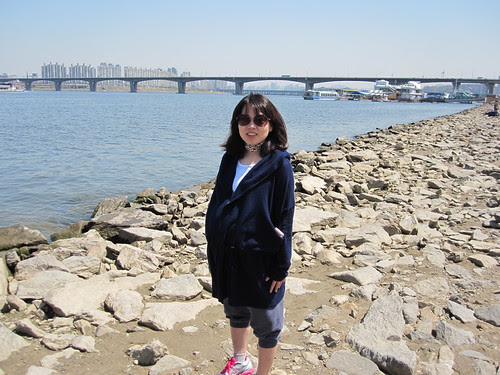 Another funny thing about this blog is that Heather has been granted veto power over any photos of herself that appear in it. I had originally put a different image of her as the opening photo, but she just came into the room right now and vetoed my choice. Rule Number One of living with a pregnant lady is "Avoid upsetting pregnant ladies."
As such, I have replaced it with this one which was taken sometime after the other events in this post. I like to adhere to chronological order as much as possible, but some things in life are more important, like Rule Number Two of living with a pregnant lady: "A happy pregnant lady is a good thing." 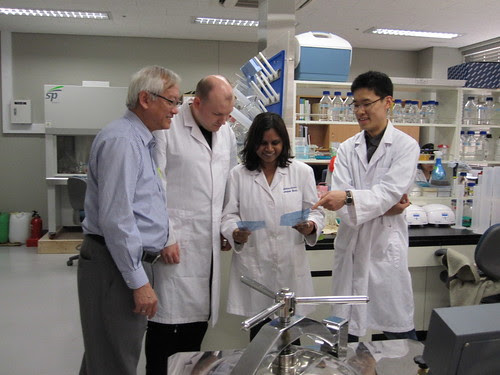 Here are some members of the SNU Tsang Lab, where I work. We've recently been busy engulfing new members and increasing in size, like some kind of metastatic amoeba. Our daily work consists primarily of mixing small amounts of liquids with various reagents and scrutinizing X-ray film for miniscule changes in the intensity of a single band. 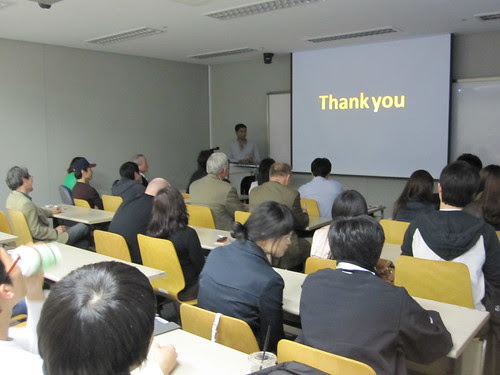 Our faculty has unwavering enthusiasm for graduate student extracurricular activities. These are arranged by the students and usually involve one or more presentations. Last month's topic was the International Dispatch, that sent me to Ottawa and two other students to the US.
Free money to travel? Yes please. 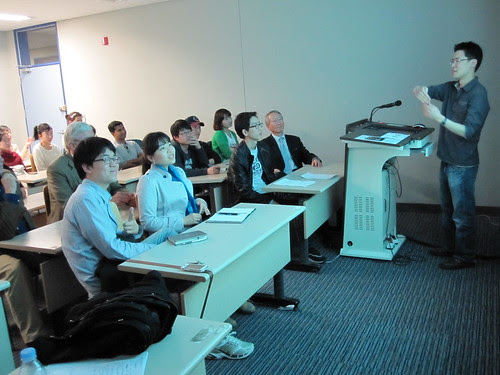 I quite like talking, especially when someone is listening. When I was young, they say that I used to talk to myself a lot. Now I have the blog to take care of that instinct. 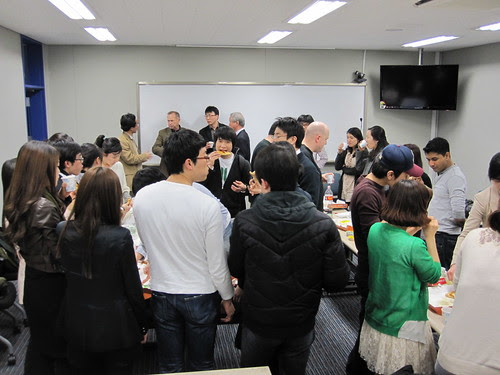 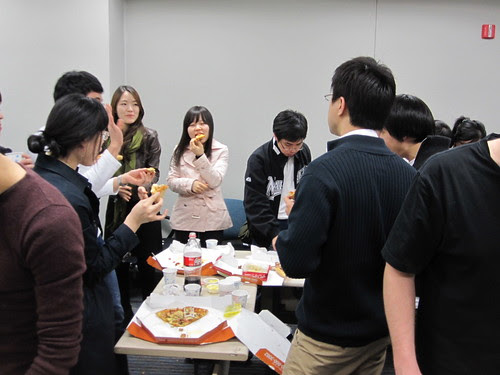 Pizza is ingested after such sessions. Pizza chains and graduate students share a mutualistic relationship in most parts of the world.
Graphically speaking, pizzas are interesting because the exact fraction remaining in the box is represented as a pie graph. 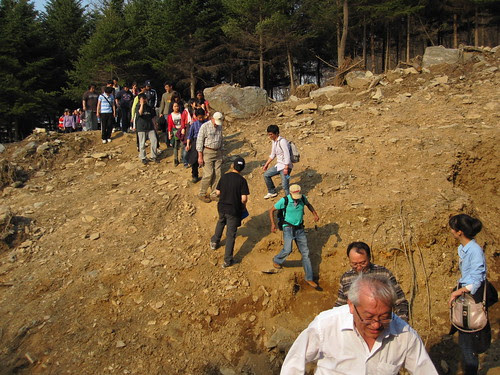 Another thing our faculty like to do is hold bi-annual hiking events. These always begin with a somewhat awkward meetup of different lab members, blinking in the unfamiliarity of sunlight. We then shuffle to the beginning of a walking trail located within the Seoul metropolitan area and locomote upwards in bipedal fashion. 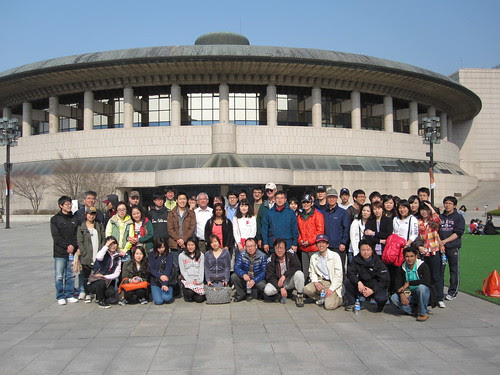 Group photos like this one are always taken. Their main purpose is to prove to everyone how much fun we had. 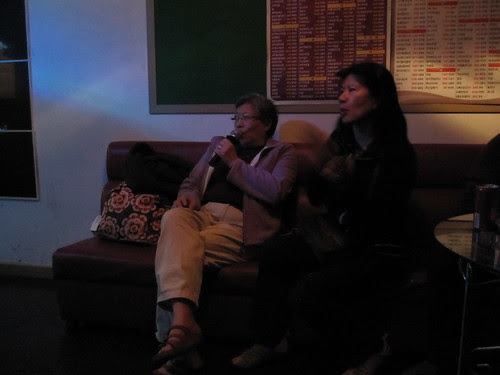 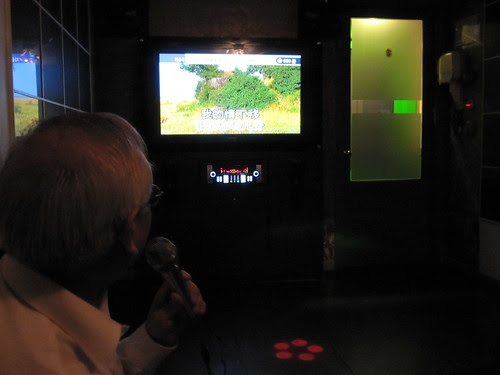 Professor Tsang is in Seoul for a few months of the year and one thing he goes nuts about is Korean noraebang. He's a much better singer than I am, although that really isn't saying a lot because I sing so badly that Heather's niece will block her ears. 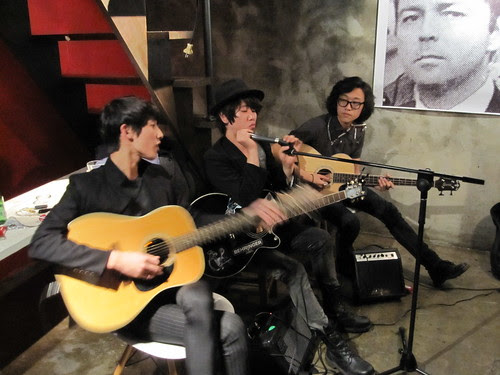 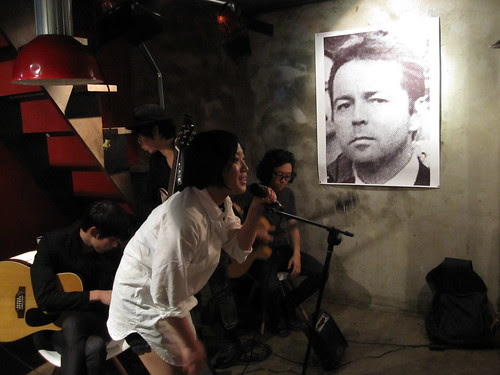 Dori Lee is one of the co-founders of the TAF Cafe and Bar in Sincheon. She recently held a launch party there, with the theme of the venue directed at the indie art scene. Her venue caters for special events and she is especially keen on hearing proposals for art promotion. If you mention this blog when booking an event, you may even get a special deal. The venue is located here.
I myself have been known to be artistic at times. For example when I hang up washing on the line, I like to colour-coordinate my socks in an aesthetically pleasing manner.
Blue, grey, blue, grey. 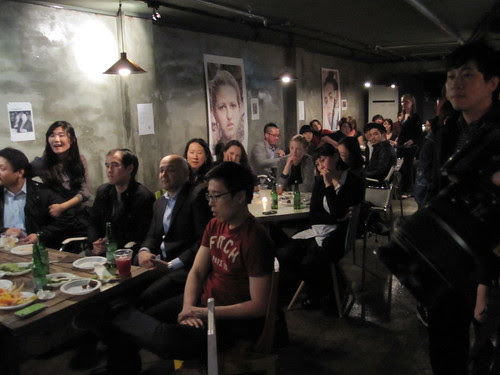 The Toastmasters were out in force that day. One thing I like about Toastmasters is that they're not afraid of sitting in the front row. 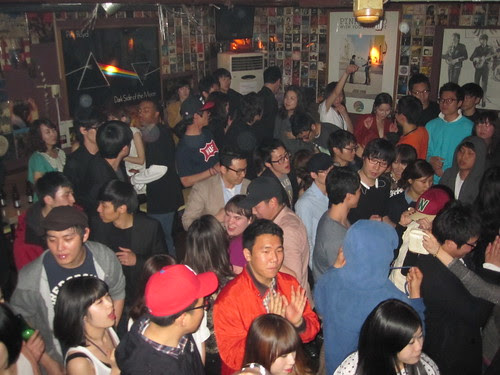 I try to refrain from Tequila as much as humanly possible, but sometimes it sneaks into my lexicon during the course of a night out. A wayward suggestion then becomes an impulse gathering momentum, and before long I find myself holding a tiny glass pot of foul-tasting spirits. A chronologically indeterminable period of time after that, I occasionally then find myself in confusing surroundings, dancing above a crowd of people.
Note to self: Going home early keeps pregnant ladies happy.
There will be more Heather and baby related news coming soon. Stay tuned!
Posted by Lee Farrand at 12:02 pm

My tequila advice is to drink good anejo tequila (e.g. Herradura, Don Julio, generally anything that is made from 100% blue agave) for two reasons, 1) you sip the good stuff, you don't take shots, and 2) you can't afford to get drunk off good tequila as a grad student. Hence, you'll avoid all tequila-related mishaps.

Hi, I have been visiting your blog. ¡Congratulations for your work! I invite you to visit my blog about literature, philosophy and films:
http://alvarogomezcastro.over-blog.es