The Birth of Alex

This past week has been a flurry of activity, sleeplessness and excitement. Both Mother and Alex Seo-jin Farrand are recovering here in the maternity ward in Busan and continue to do well. 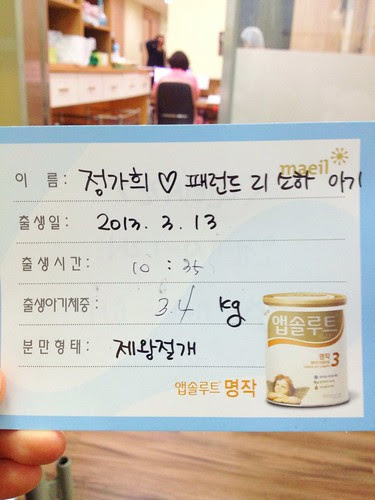 Like his older sister, Alex opened his eyes on the first day and took his first panning view of a room. While he couldn't see us, we hoped that our voices would have sounded somewhat familiar and reassuring. 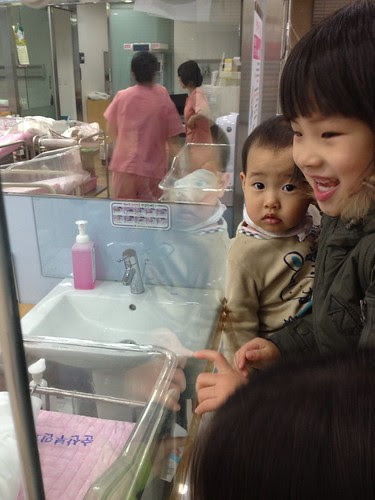 Watching Baengy grow up has been profoundly rewarding beyond anything we could have expected. Her birth was a somewhat difficult affair, however. Heather was in labour for 36 hours without food, as our limited options dwindled to the decision to undergo c-section.

This time around, the doctor's first recommendation for Alex's birth was c-section as a result of the previous delivery. While the surgery was an uneasy time of waiting for all of us, the event overall was easier to prepare for.

We arrived at the hospital at 6:30am on Wednesday. Heather received her local anaesthesia at around 9:40am, and Alex was out breathing air in the real world at 10:35am. Although in relative terms the procedure went fairly swiftly, birthing wards are strange places where time itself follows exclusive rules. The wall clock transforms into a stoic guardian of time, allowing only tiny sippets to flow past in excruciating suspense, so as to magnify the significance of the event. The only option for those in wait is to attempt to address the quiet storm of worrying thoughts, self-reassurances and uncommon reflections circulating in the mind. 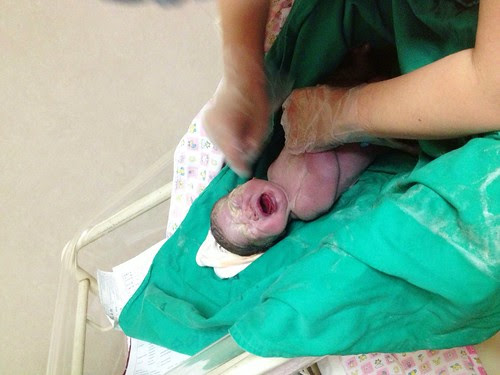 Then after what seemed like a short eternity, out popped Alex in all of his newborn glory. Considering his nine months in the womb, he was looking pretty good. The first thing I noticed was that he cried a little less than Baengy did, as the nurse proceeded to check his ears and count his fingers and toes. Then he was whisked away to a safer part of the hospital, out of our sight with his mother. Korean Mother-in-Law and I walked out into the foyer area, beaming and utterly relieved. The feeling lingered for many rewarding minutes, before we started worrying about Heather again. My lack of Korean proficiency comes back to punish me on occasions such as these, as I attempted to lighten the mood and reassure Mother-in-Law using the vocabulary of a Korean pre-schooler.

But it soon turned out that Heather was wide awake, could answer our questions and thankfully seemed okay. C-section will never be an easy event, but fine and strong ladies like Heather make the experience less terrifying for husbands like me.

Heather and I have been sleeping in one of the recovery rooms at the hospital here, where we have easy access to view our little Alex downstairs. Heather will stay here for a few more nights before transferring to joriwon accommodation, which is in the same building but with more privacy. Baengy is staying in the care of her grandparents nearby, while I'll be returning from Seoul each weekend. We plan to reunite as the all-new Farrand Family of Korea back in Seoul in around three weeks. 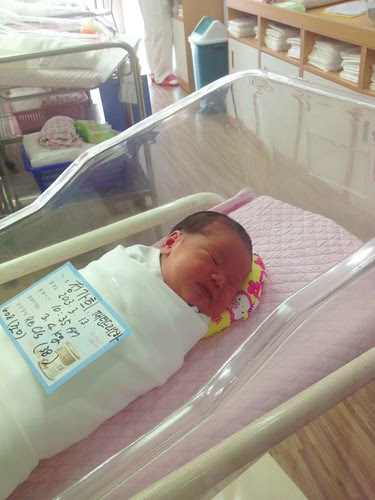 Fatherhood is a great thing. For me, the instinctive feelings to nurture and protect grow slowly and steadily rather than rapidly, but the change persists with unmatched longevity. The biologist in me finds it rather fascinating.

It's not possible to fully prepare for the arrival of a new child. Parenthood is a colossal privilege suddenly bestowed, to be properly earned in the years to come. I imagine that with every birth, a divine debt is abruptly incurred. And the stakes for non-repayment are sufficiently high that dutiful responsibility manifests itself as quiet undertones of influence that permeate into all facets of life from that point onwards. 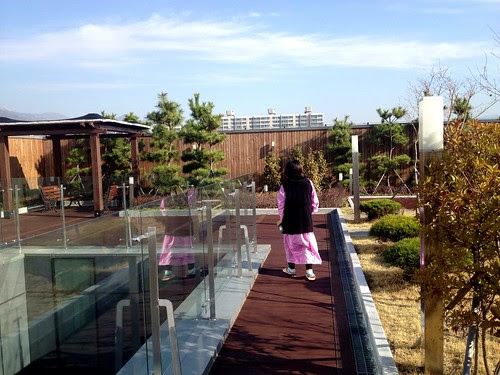 Heather and I are looking forward to our future together with our two wonderful kids. And as it was for Baengy's birth, we can't help but feel deeply indebted to the medical staff for their professionalism, as well as to those around us who have been offering their kindness and support.

Congrats on Round 2 of the fatherhood adventure, and best of luck as you once again sacrifice sleep for the sake of your squirmy little wormie.

Glad to hear all is well. Congratulations on your newly-expanded family. Can't wait to hear about Baengy's take on the whole thing.

Congratulations Lee to you and Heather on the birth of Mr. Alex. You now have the perfect family.