Back in the Game

Alex is a very cool and chubby chap. But immediately after his birth, the ethereal master switch that governs the daily events of the Farrand household was reset again, as it was when Baengy was born.

And once again, we find ourselves under the command of another tiny tot. 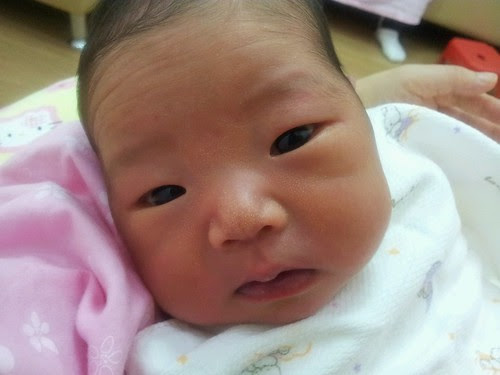 We have thus far surmised that he enjoys a snuggle, and a wrap.

And is becoming increasingly agreeable to the taste of milk. 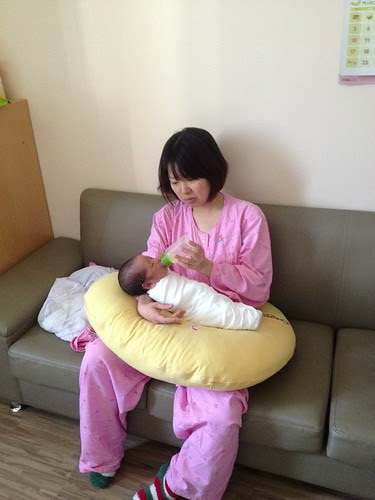 Mother Farrand breastfeeds him when possible, but at times the (wailing) demand exceeds available supply.

He's nearly a month old now, and on most days of the week appears to consume his own bodyweight in milk. 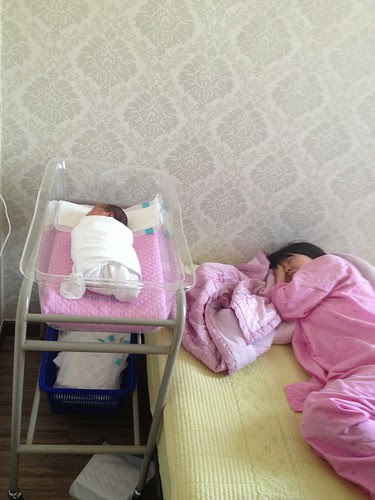 Heather is a star.

As she has always been, in the role of Mother. 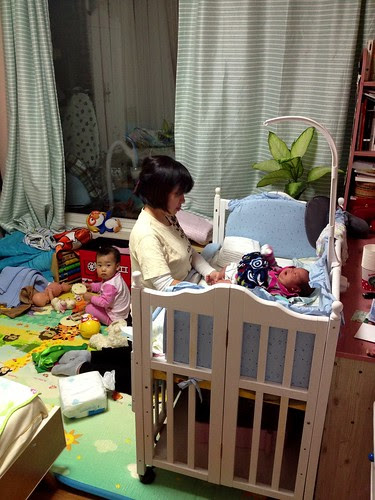 Alex lost his fetal name of Ga-ga, pretty much as soon as he was born. He just seems more like an Alex than a Ga-ga.

Ashley, on the other hand, continues to be called Baengy by just about everyone. I'm sure it'll pass in due course. 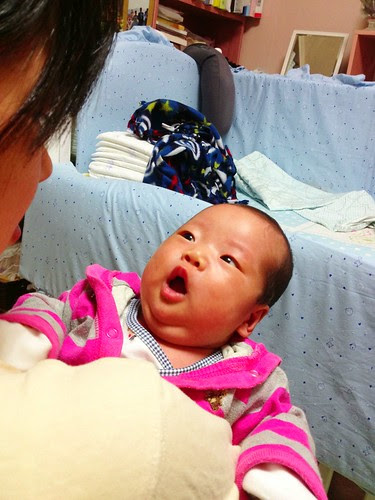 Alex opens his eyes for a few hours each day and has a look around. It sometimes seems as if he can see things, but at his age, he doesn't quite know what he's looking at.

If you zoom in and pay close attention to his pupils, you can see that they're just moving around in a somewhat random and leisurely manner. If I were obliged to narrate what I suppose he's thinking when he's looking all over the place, it would go a little something like this: 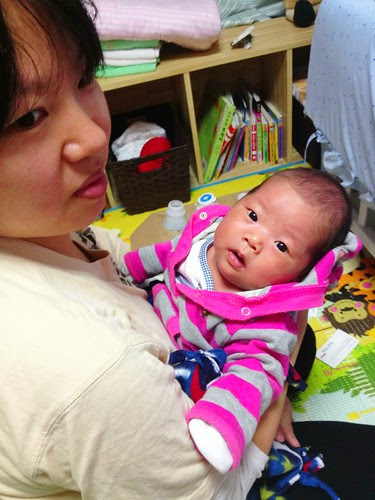 Sometimes it seems as if he can see us. But then if you move, he continues to stare at the place where you used to be.

And then if you say "Aaaaalex!", he'll wiggle his eyes over toward the general direction where he thinks you are. 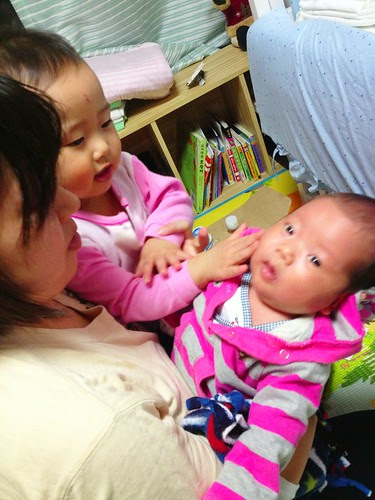 Australian Grandma and Grandpa kindly sent us some baby boy's clothes. But apart from those, we've just got a whole lot of Baengy's old garments. It seems a waste to go out and buy new ones. 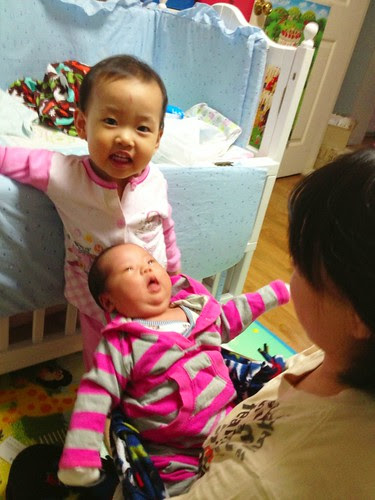 Baengy's also being helpful and seems to be acutely aware of the new household arrival. When Alex starts crying, she'll turn to us and say "Agi-ya!" (baby!), as if to alert us to the wailing, in case we hadn't heard yet.

With a bit of luck, they'll grow up to be good chums.

Email ThisBlogThis!Share to TwitterShare to FacebookShare to Pinterest
Labels: Babies

Congratulations. Your whole family is beautiful :)

I've never commented before, just wanted to share - our son is also named Alex and the whole Korean side of the family calls him "Alek-suh"

I agree, I named my oldest boy alex as well.

Hello Heather and Lee, big hugs from Susan and Damien, beautiful baby, wonderful family. I guess you are very busy, hope you get some sleep. Adelaide is HOT. Maybe see you here some time?