SRTM holds social gatherings every year and our club in particular is known for some of the better ones. That's because we're lucky enough to have lots of people who are good at organising things. Last weekend we had a summer wine party at Casa Mio, which is behind Kyobo Tower in Gangnam. 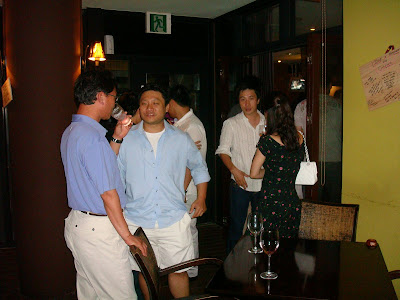 Like any good summer wine party, it started off with plenty of chatter and catching up with friends. For KRW25,000 there was unlimited wine to drink and some light food. I probably had around 3 bottles in total, because I like wine and I wanted to get my money's worth. These days 25,000 won is a lot of money to me.

More than 8 cafeteria lunches to be exact. 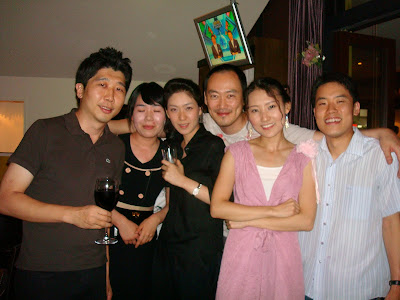 Here are some of the SRTM people after a moderate amount of wine. I love Alice's face (second from the left). She looks like a little bunny rabbit with closed eyes. 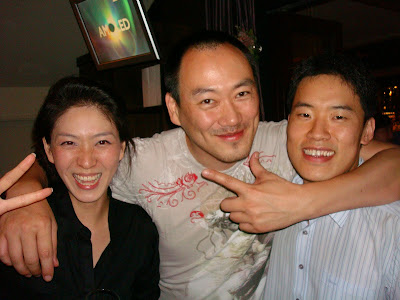 On the left is Judy, one of my favourite nuna's (older sisters) here, and in the middle is Chris Lee, who I like a lot. Chris becomes twice as fun when he's tipsy. 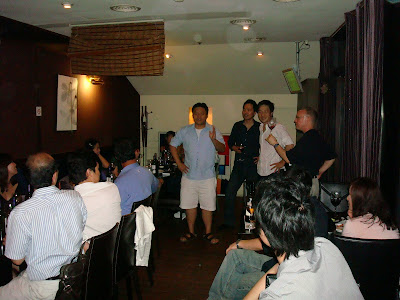 Here's James Lim, the president of SRTM, who ironically had a stomach ache on the night of the party after giving a speech on the Wednesday beforehand that was all about a stomach ache he had in China. But, being the Aussie Battler that he is, he dragged himself into the venue that night and gave a short speech to the guests. 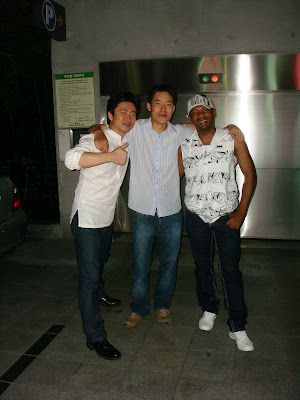 On the left is Luke Shim from Neowiz Toastmasters, and on the right is my new friend Anthony who studies in the fungus lab at Seoul National University. He's only here for a few months and is an international student from Uppsala University in Sweden. 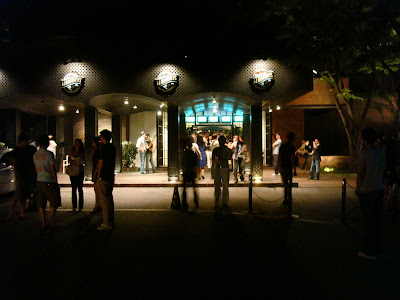 The second round was at JJ's in the Hyatt hotel. I had been there before, but it was a long time ago. Quite a trendy outlet although a little crowded. 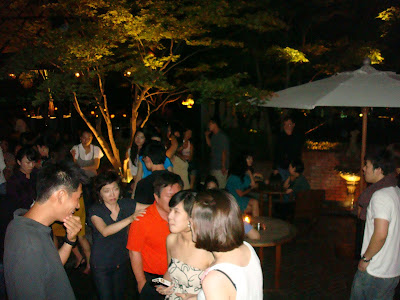 I ended up going home around 4am that night, only to wake up a couple of hours later and arrive at the lab at 7am. That's because once a year our building shuts down the electricity for maintenance, so we had to pack all the freezers with dry ice. These days I'm tutoring 3 days per week, going to Toastmasters, sampling down at Suwon for the PhD and trying to make sure the honeymoon is planned properly.

I think I'll be able to relax once I step on the plane with my new wife. For now though, I'll take each day at a time and try and make the most of it.

I think some of the posts are boring to some people, so it's good to have that feedback.

By the way, 'I like turtles' means 'no opinion'.

Me too. Seems like I need a new option:

But there is a limit of three categories only :(