A Summer Weekend in Busan

In a month and 5 days we'll be having our wedding. Last weekend I went down to Busan to try on a suit and meet up with Heather. She'll be finishing her job soon at Geoje April English and has always been a valuable worker to the company. The CEO, Mr Kang, will be giving a speech at our wedding ceremony. 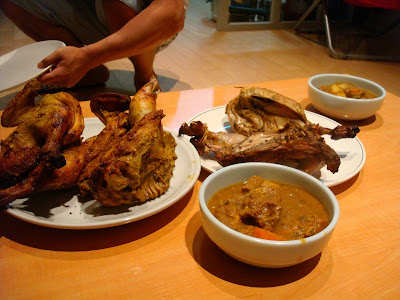 Our good man Ants prepared a home cooked dinner for us on Saturday night. He recently learned a curry recipe from his Pakistani friends and also baked rotisserie chicken. When someone puts so much time into a meal like this, the only correct culinary criticism to give is positive. But actually it was surprisingly good, anyway.
The chicken was lightly seasoned and fairly decent, but the curry was quite advanced. As a veteran curry consumer, Ants new that he was up against a fairly picky eater. This was a lamb curry, brewed over the course of a day and all the flavours were in the right places. He used fenugreek leaves, which are more common in central Asian recipes and impart the same sort of flavour you get in the Greek vine leaf rolls. The base was more Indian than the coconut styles that I make, and was better than what you get in most of the Indian restaurants here. A good curry is like a good wine, it should go down easily, but there should also be a few complex flavours upon deeper reflection. This curry was good enough for Manmohan Singh. 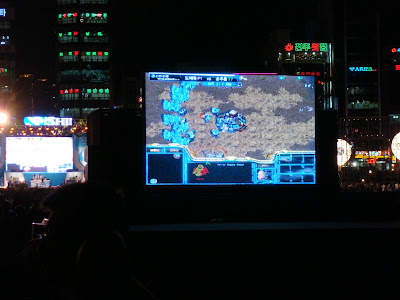 After we gorged ourselves on Ant-curry, we went for a stroll. On Gwangan beach, there was a large Starcraft tournament being broadcast live around the nation. We watched the finals, which were up on a big screen, between a Terran and a Protoss player. The Terran player won through a defensive siege tank strategy and more spider mines than you could poke a psi blade at. I've been so busy lately that I haven't played anything in months. 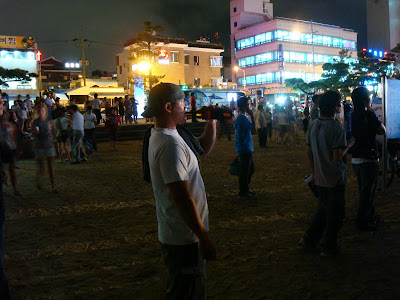 Here's our good man Ants enjoying a beer while watching the event. Ants is more into surfing than Starcraft, while I'm the reverse. 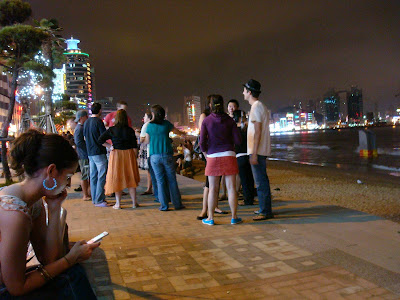 Busan is probably the best place in Korea to spend the summer. There is a big beach culture here at night and no alcohol zoning laws to keep you from drinking out in public. 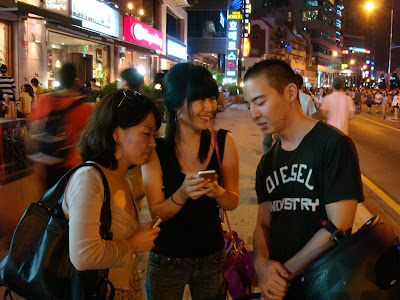 Here's Heather, Sang-a (Daniel's girlfriend) and Dan on the beach. Daniel has a new motorcycle now which looks like it has two miniature jet engines on the back. I asked if they shoot out flames, but alas, it is not the case. 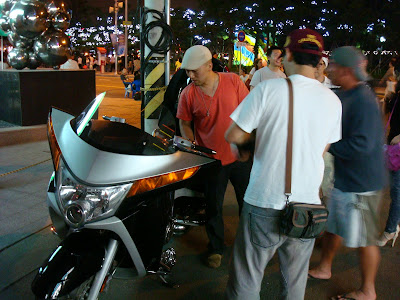 This is Song-Jun's new motorcycle which reminds me of those flying vehicles in Halo 3. Large motorcycles in Korea like this one come with powerful built-in stereo systems which automatically promote the rider to normally unreachable levels of uber-cool. 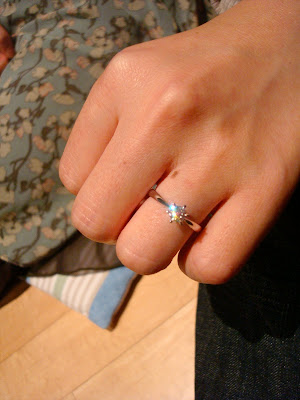 And here's the engagement ring that I bought Heather. I ordered the stone through Blue Nile, which is an American diamond company who gave excellent service. Diamonds for sale in Korea tend to be overpriced and not of a high quality. While I normally think of jewellery as being outdated tokens of the bourgeoisie, even this logic-hardened blogger needs to bend personal stigma every once in a while for a lady as special as Heather.

And it's worth a lot of cafeteria lunches.

Just wanna let you know Lee, I have a 2 bedroom apartment here now to myself. You and Heather are welcome to stay anytime.

Cool man, if we ever have time, we'll definitely consider it.