Grand Kitchen and a Little Snow

My Dad in Australia reads this blog quite often, and part of the reason I started it in the first place was to keep him and everyone back home updated on life in Korea. One of the things he said to me when he was over here was "It's a good blog, but there's so much food." 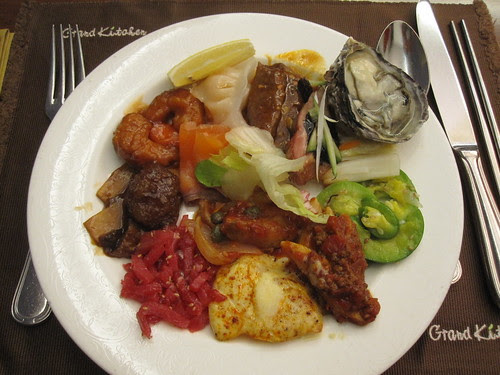 And that would be due to my fixation with all things edible. Our professor recently took us to the Grand Kitchen again, which is located on the basement floor of the Intercontinental Hotel at Samseong Station. 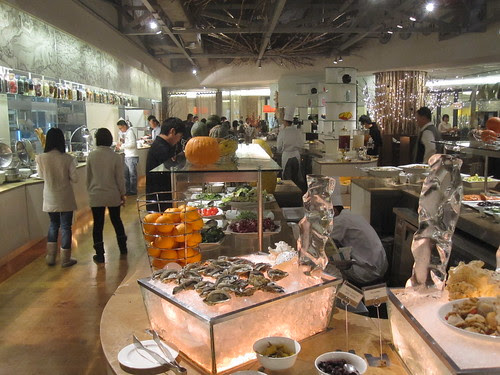 The buffet is around US$60 per head, which is overpriced in my view. But the chefs are good here and I never mind when I don't have to pay. $60 will buy me 30 lunches in the university cafeteria, but this food isn't 30 times better. 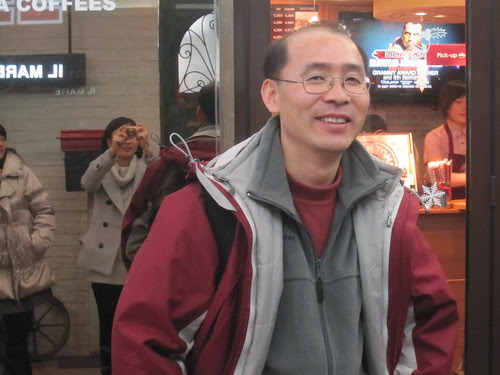 Here's Dr Jin-Woo Kim after eating his fill. He's a pretty nice guy and seems to be enjoying his life. Which reminds me that there is a light at the end of the PhD tunnel.
In the mirror on the left you can see Se-Kyung taking the photo with my camera. 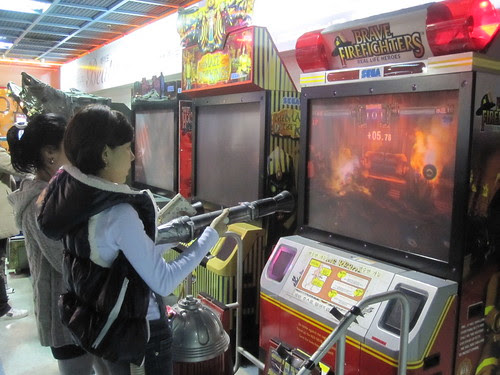 Heather and I saw Avatar recently, which I didn't think much of. The graphics were nice, but the storyline was a bit linear and could have taken more twists. After the movie though, we saw these two ladies playing Brave Firefighters in the arcade.

Which was about three times more exciting than Avatar. 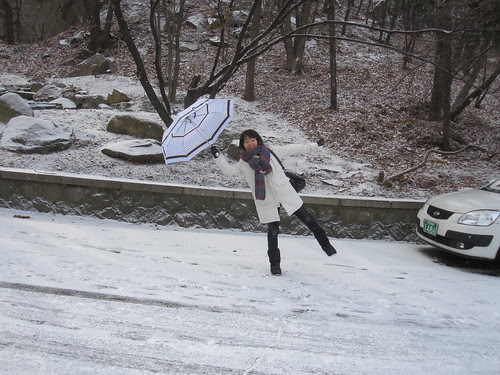 This year it snowed heavily in Seoul. At one point I think we had more than 25 centimetres in a day. But the photo above shows Heather enjoying the cheot-nun, or the first snow of the season. With her umbrella she looks like a smaller, Korean version of Mary Poppins. 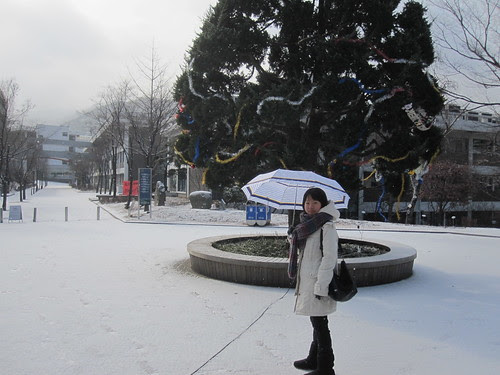 I like the snow more than the rain, because it brushes off easily and transforms the landscape. When Hong from Australia came up to Seoul and saw the first snow in the fields, he thought it was salt. Funnily enough, that was my intial reaction when I first saw it while riding on the train. In South Australia, white patches in the fields are deposits of dried salt, left behind after the water table subsides. 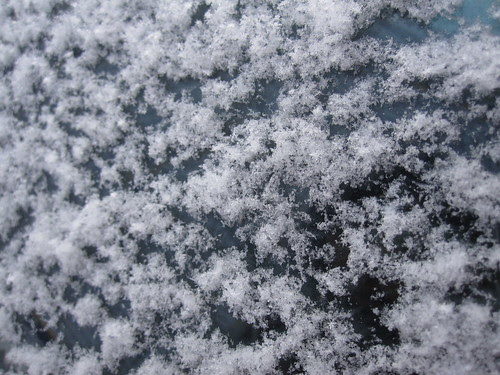 But the first time I ever saw snow was in the hills of Adelaide. It came sprinkling down from the sky in miniscule amounts, and at that time I thought it was ash from a distant bushfire. That was, until I looked at it closely and realised that it was composed of ice crystals.

When I was younger, I always imagined that if I ever found myself in fields of snow, I would spend the whole day eating it. Now that I have the opportunity though, it doesn't seem so tempting. 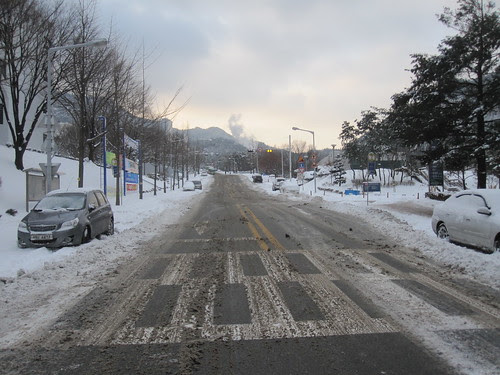 I like the way that the snow slows down all the traffic. Everyone is forced to chill out for a while. And also, it's nice how it puts a kind of post-apocalyptic tone on everything.

These days though, the snow is starting to melt. I heard that this was the coldest winter in a long time, and we're also due for one of the hottest summers this year. That will make the field work interesting.

My parents said the exact same thing to me when I started e-mailing the photos!

Funny how the snow and ice disappeared so quickly! I'm going home before the summer, don't want to experience a summer any hotter than usual!

The first time i ever experienced "snowing" was in Kyushu last year. but tht did not count..

It snowed (heavily) when I was in Gwangju three weeks ago, and although it was cold (very cold this year, that is), I was glad I went this year.

It was really a great experience!

It must be pretty interesting, coming from Malaysia. There's a Vietnamese student here who just arrived and will often stare at the snow through the windows.