One of the hottest topics in science these days, other than detonation nanodiamonds, is the area of functional foods. Instead of taking your ordinary pharmaceutical prescriptions to treat illnesses, functional food is all about eating specific natural foods that would have prevented the illness occurring in the first place. For example, while chemotherapy can reduce tumour size, a functional food approach would have you eating specific fruits and vegetables to prevent you from getting the tumour to begin with.
Prevention is better than cure, and certain foods are much better than others at preventing certain diseases. 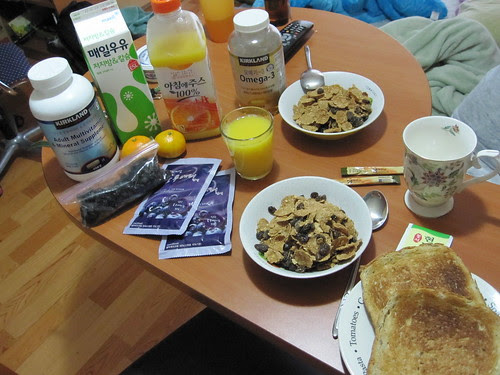 There are bioactive compounds in many food products that have preventative capacities beyond the basic vitamins and minerals. For example, many of us are familiar with resveratrol in red wine, being linked to reductions in heart disease. There's also lycopene in tomatoes which has been linked to reduced prostate cancer risk. Korea has a pretty good functional food industry and the marketing for it here is starting to pick up.
We eat breakfast everyday, and try to include functional foods when we can. In the spread above are things like wholemeal bread and cereal, as well as calcium fortified millk. The more obscure inclusions are:
In general, you can get a good functional food intake by eating a variety of fresh fruits and vegetables. Strong colours like orange, green and purple are particularly important. 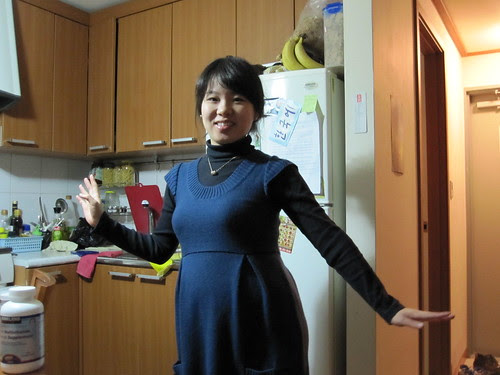 My wife is getting happily larger these days, and we're choosing our foods with a little more care. In January, I'm going to Ottawa for a month of overseas lab experience at the Ottawa Hospital Research Institute. It'll be a long month for the both of us, and I'm already looking forward to coming back in early February.
By which time, I suspect, she will have further embiggened. 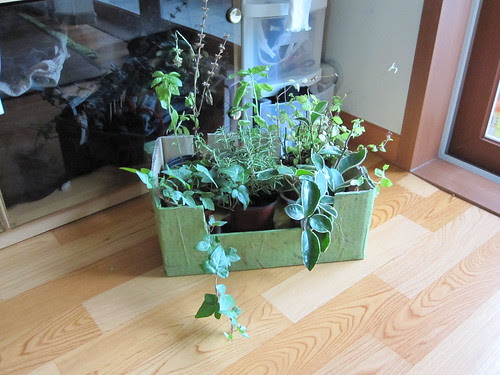 The depths of winter here have frosted our balcony, prompting Heather to create this little green plant box. She puts the plants outside in the daytime and brings them in at night. The box was not originally green in colour. It's green because green paper was glued onto it.
Heather Greenthumb strikes again. 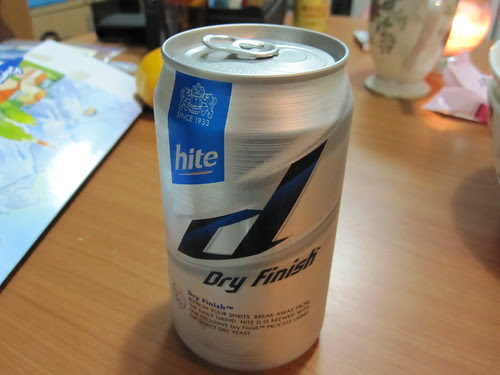 Heather's primary pregnancy complaints are:
1) Not being able to drink alcohol
2) Not being able to drink coffee and
3) Having a very itchy stomach
Because Heather used to be my Number One drinking buddy, I've cut down a fair bit on my alcohol intake these days. I also scratch my stomach at home, feigning discomfort, in a juvenile attempt to make her feel better.
But Heather being Heather, she still sometimes brings me cans of beer on her way home from work. She says it's fine to drink in front of her, but I've noticed that when we sit at the kitchen table, her eyes become fixated on the can like some kind of benign predator. 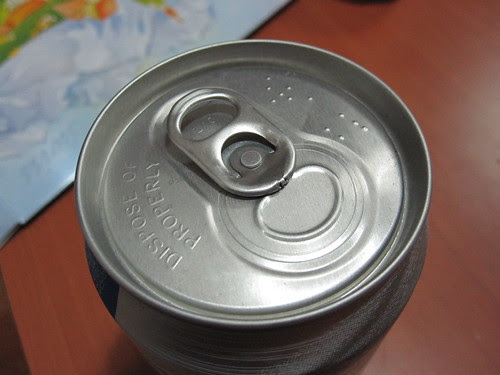 Hite D is pretty good. I noticed on the top of the can that the company has put what appear to be Braille characters. One could reasonably assume that it's to warn blind people that they're about to drink something alcoholic. But it poses an important question. What does it say?
It would be logical to say 'beer', but more fun if it were really 'cheers.' 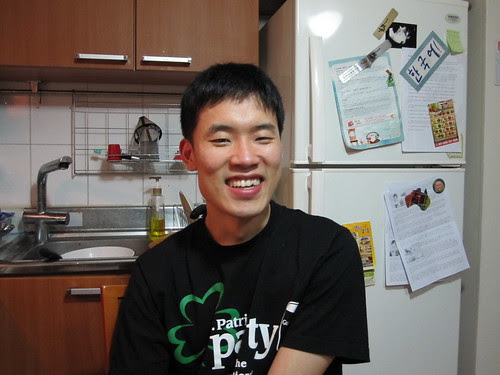 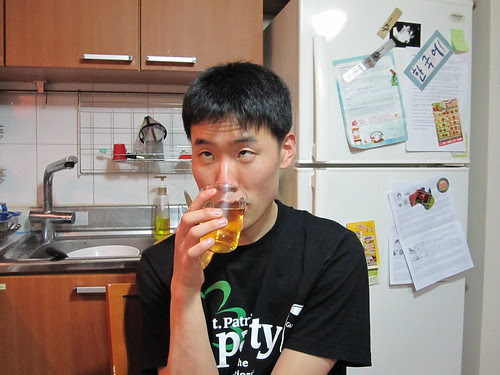 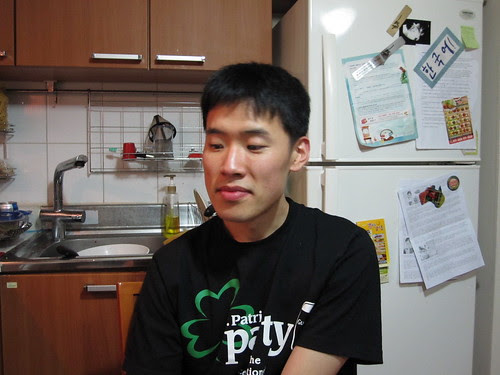 Heather likes to watch me when I drink, because she says I'm entertaining. I like to think that she means in a mesmerising or eloquent way, but from these photos I suspect that it's something less flattering. I guess alcohol is some sort of dysfunctional food.
But sometimes form is more important than function.
Posted by Lee Farrand at 12:43 pm

Love reading your witty blog, you're too funny!!!! :) Wellwishes for the new baby to arrive, and Happy Holidays to both of you guys!!

Quite interesting, the concept of functional food has been around korean cusince for centuries as well as oriental medicine.

I also wish you happy holidays. I have been watching the tensions between North and South Korea. It looks like things could get serious, militarily, Lee. What's you feeling, Is this face saving talk or or you on the brink with North Korea? Thanks.

Thanks for the comments everyone. Bill, I have no idea what the Norks are up to. Judging from past experience, they're probably after more rice and fertilizer.

hey Lee, how does Hite D compare to the standard Hite? in the States I only see the regular Hite...

hi Lee.. are you a doctor?
hmm, may I know, how to be a nurse there?
please email me : meandmynemesis@gmail.com
thank you~~

Hi Jason, Hite D is better than the regular stuff imho. As long as beer is yellowish and has bubbles, I drink it.

Hi anonymous, you'd be better off asking at eslcafe.com, I'm not a doctor and I don't know anything about nursing here, sorry.

Have fun in Ottawa and pack a double set of glocks. Canadian winters are no joke!

I shall bring glock culture to Canada, John.

We gonna bust some caps out too (and put them on).