Some of the best social events I've been to have been put together by various Toastmasters clubs in Korea. While my old definition of a good time involved too much of everything, Toastmaster's events are casual enough to get tipsy, but stimulating enough that you don't want to go overboard.
Since getting married, certain teenager-like qualities in my personality have subsided, having been replaced by qualities more befitting of a citizen. 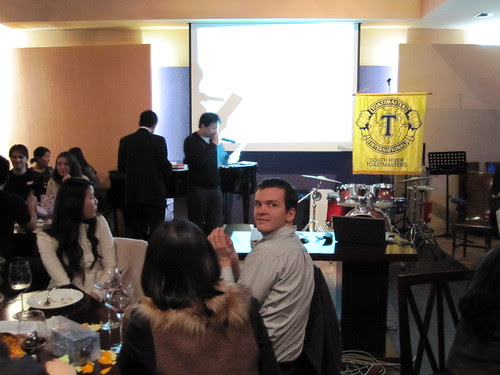 Toastmasters is the kind of social club you want to belong to if you're self-motivated and... hey wait a minute, look, there's Chris Lezott looking around again. The other day I asked him why he's always looking around like that when someone is speaking. He said he has no idea.
I'll figure it out sooner or later. 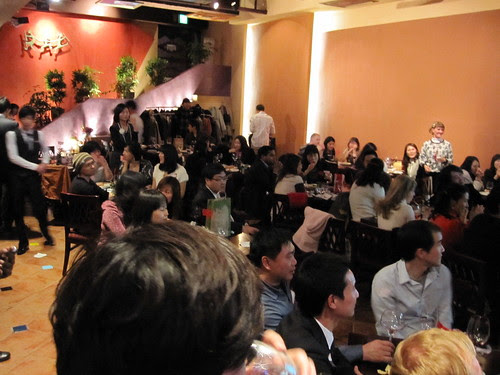 That night, about 120 people mingled, jingled and kris-kringled. Our thoughtfully composed contribution to the gift pile was a 'Functional Food Pack.' It had blueberry juice, lactobacillus, fresh fruit and peppermint oil. Robert Cha was the lucky receiver, although last time I checked he hadn't consumed it yet. I'll ask him again soon. These days, the number one hottest topic in all news everywhere is the topic of functional food. Well, that's if the only news you read is Functional Food News. Anyway, it's exciting.
It's a new dawn. 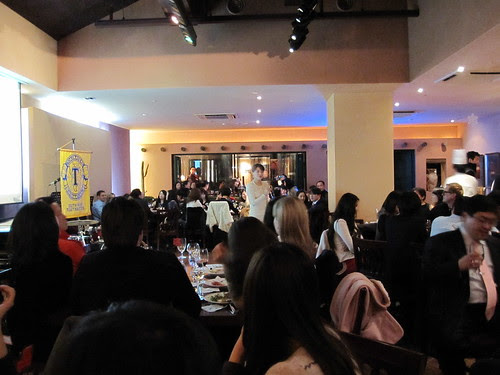 Chloe Park headed the taskforce responsible for organising the night. Heading an SRTM taskforce of any kind entails a vast amount of email correspondence, endless plan modifications and a few sleepless nights. Why would anyone want to put themselves through all of that, just for an end of year party?
Well, it's because the question really is: Do you or do you not want to throw an awesome party on everyone's behalf?
Chloe's answer was Yes. 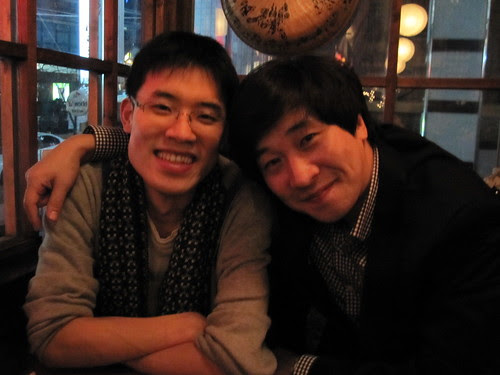 Here's Johnny and me, up close and personal at Round Two. We had a great night and I drank a little too much. Heather decided it was time for us to go home stylishly early. My liver thanked her the next morning.
Gone are the days when a long night out ended in a sunrise, painfully signaling the sobriety required to get myself home by public transport. 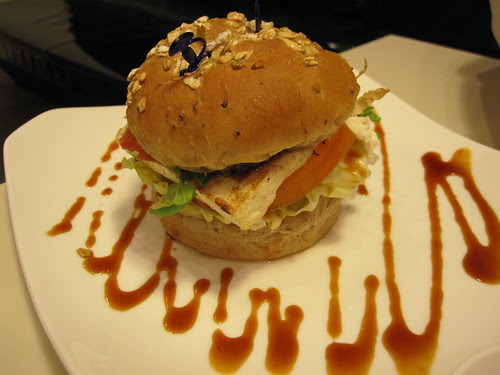 Kraze Burger is a franchise burger chain in Korea. Prior to the end of year party, we stopped at one next door to the venue. They're a little overpriced and not very good, unless you're easily impressed, in which case they're fantastic.
We tried the tofu burger, which looked quite nice but failed in some important structural aspects. The tofu was not a tofu patty, but rather a slab of soft tofu, which further destabilised the already precariously mounted bun, which in turn promptly hopped off almost magnetically upon removal of the plastic swords.
It tasted like a scattered plate of various vegetarian burger components. 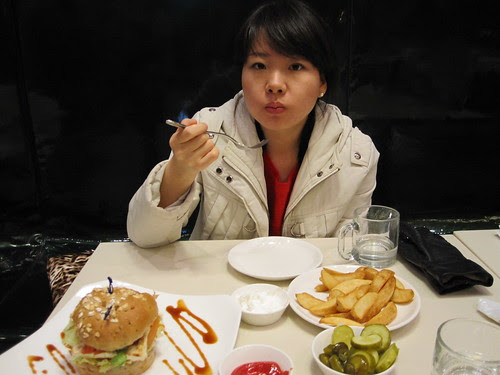 This is what Heather's face looked like when I said the words "Kraze Tofu Burger." 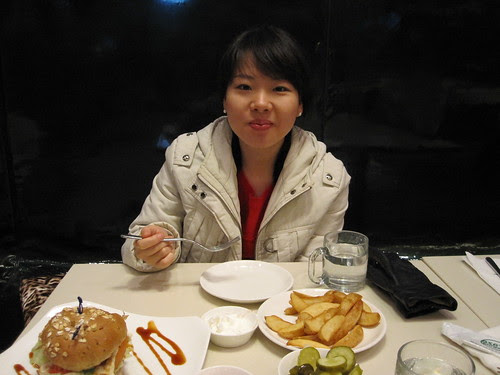 And this is what she looked like when I said "Lee's Korea Blog."
She's quite a fan, and sometimes even reads what I've written. 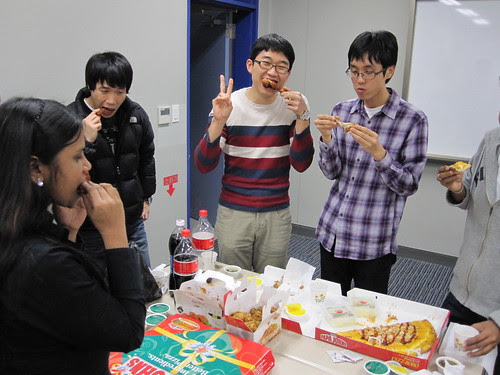 Recently we held a graduate student's discussion session. The premise was simple enough, with students practicing their presentation skills and subsequently being fed with fast food. Sometimes I wonder if it's we who are really the subject of some arcane behavioural experiment concocted by the faculty.
The study title would be "Reliable Behavioural Control of Graduate Students Using a Simple Fast-Food Reward System." 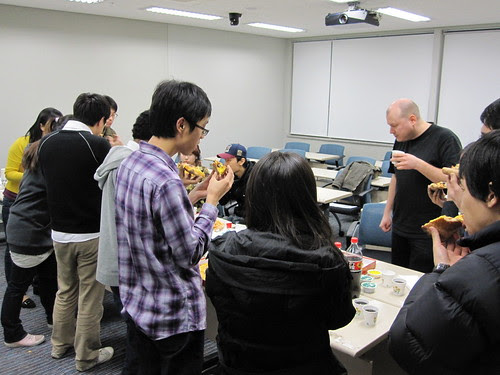 Korean graduate students are generally more reserved and less individualistic than their western counterparts. While I used to endlessly ponder the causes and implications of such differences, I have since resigned myself to a more accepting stance.
I've decided that 2011 will be the year that I focus on the pursuit of wisdom. With it, I'm hoping will come the side-effects of maturity, humility and a heightened sense of responsibility. My ego needs a bit of a cropping, and it's time for less talk and more work.
But that doesn't mean I can't be silly anymore. I don't think that wisdom and silliness are opposites, they're just not commonly paired, kind of like bagpipes and pole-dancing. Anyway...
Here's hoping that 2011 will be a productive and enlightening year for us all.
Posted by Lee Farrand at 6:52 pm

I would suggest you ask SNU for a grant to pursue your theory on graduate student behavior and using fast food as a reward. If it works well, the scope could be increased to the general public.

Trust me on this, when that little one arrives, you will change in more ways than one. hope you and heather have a happy and a properous new year.

Kraze is overpriced, but I think it's kinda yummy...

your blog is good. visit my blog too