While I couldn't fairly call myself a lover of art, I could at least be considered a 'tolerator of art'. Oscar Wilde once said "All art is quite useless." Which is a little harsh, although the man had a point.
In my opinion, there appear to be two kinds of art: Art that looks nice, and art that doesn't. There are many shades of grey in the middle. 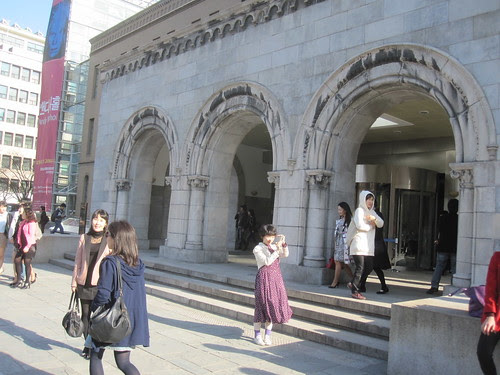 Heather, on the other hand, is a little more sophisticated in her patronage of the finer things in life. If you ask me, a good weekend involves a sandwich, some sunshine and a good movie. Heather's idea of a good weekend includes grocery shopping, going for a walk, visiting relatives, cleaning the house together, singing Korean songs in a noraebang, cooking and eating food from at least two different countries, going through our recycling, cashing in shopping bags for 50 won each, walking around the house with her hair wrapped up in a towel, asking me for a foot massage and going to an art gallery. 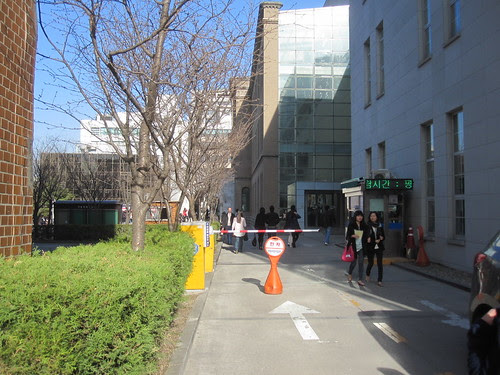 So despite my considerable verbal gymnastics, I often find myself at an art gallery of some sort, on a weekend, thinking "Okay, well here I am at another art gallery." 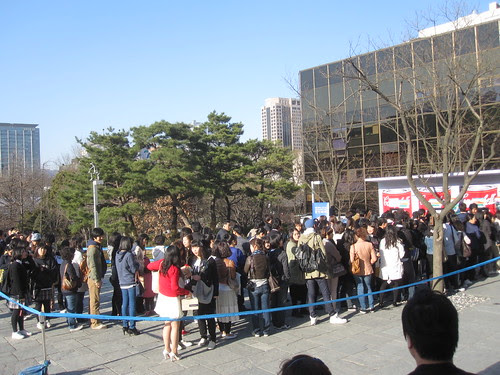 But to be fair, the last one we went to wasn't just any art gallery. It was an exhibition of Andy Warhol's work, which, I might add, is an artist of whom I had heard of. As well as Andy Warhol, I am also familiar with such artists as Picasso and er, Mozart.
The line was as long as they get in Seoul, so we went inside to have a peek. 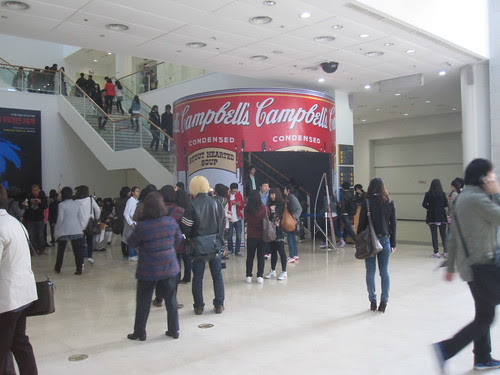 There were so many people walking around and lining up that we just decided to leave it for the time being and have a look at the art gallery shop. I instantly recognised the soup can, being as it is, a pop-icon of arbitrary significance. 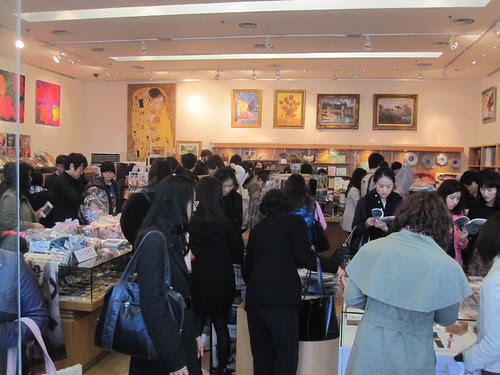 Even the shop was packed, with people all scrambling to get their very own Andy Warhol merchandise. What I wondered about many of these people was: Do they really like Andy Warhol, or do they just think that they should? How much American pop and consumer culture could they really be identifying with? Could they tell the difference between an authentic Andy Warhol print and an imitation created by an exceptionally good Korean art student? If not, why pay more?
In the end I told my brain to be quiet and bought a Chairman Mao notebook. 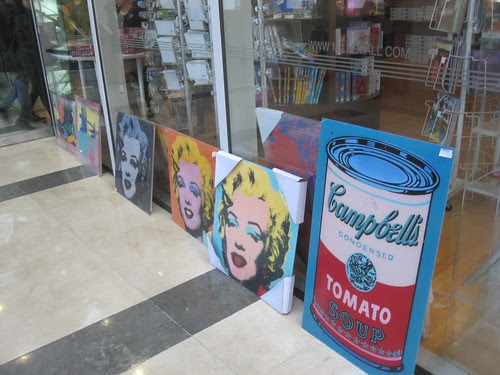 But my brain wouldn't be quiet. It's like being stuck in an elevator with a talkative old lady. This is what it said to me:
Question: What's the difference between an original Andy Warhol print, and a realistic copy for sale at an art gallery shop?
Answer: Approximately three million dollars. For that money, how many third world children could you send to school for a year? According to World Vision, it's 20,000.
Remarkably unfazed by this piece of information, Heather and I went and ate samgyetang before catching the subway home. 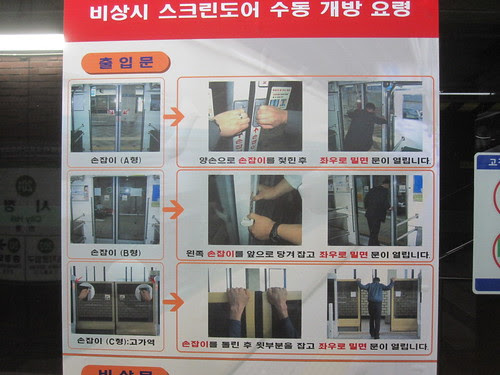 Now this is what I call art. Various photographs showing how to escape from a subway carriage in times of emergency. 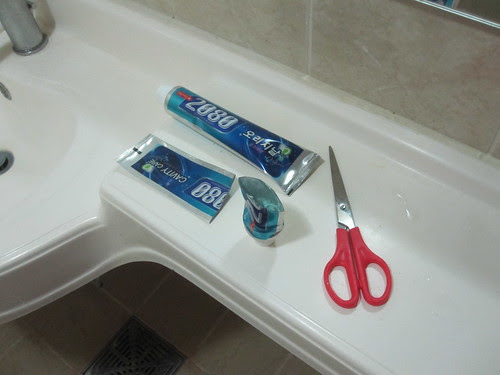 And this has nothing to do with art, but in an email my father recently told me that cutting open an empty toothpaste tube liberates yet more paste. So I squeezed the daylights out of a tube and cut it open to test the hypothesis. Sure enough, there were a good 2 - 3 more brushings worth in there, right near the top.
Imagine what the world statistic of discarded toothpaste in uncut tubes must be. Thousands of tons per year, I bet. Now Heather and I have started cutting all sorts of containers open to find remaining consumability. Hand cream and sunscreen containers produce a particularly fruitful yield.
You should try it too.
Posted by Lee Farrand at 10:41 pm

Was it Andy in the 4th picture with the leather jacket?

Yup.,.you can also use one of those clamp-y clips for thick sheafs of paper to hold the ends of the cut tube together so they don't dry out.