There's plenty of comical English around this country if you care to look. And I'm not just referring to people from England. When I come across a funny sign, I'm often limited to having a little laugh by myself. That's because explaining it to any accompanying Koreans can become a well-drawn out affair that ends in patriotic tears of rage. While I don't think it's particularly hindering anybody, I sometimes wonder why companies won't just do a quick check with an English speaker before inscribing something in permanent acrylic and plastering it on a wall. A few years ago, Samsung chose the words 'Digital Exciting' as the company slogan for their Anycall phones. Untold piles of money were spent on getting this arbitrary double adjective on billboards around the country, before someone was nice enough to let them know that it didn't really make sense.
Since the billboards have been taken down, Anycall has remained sloganless. 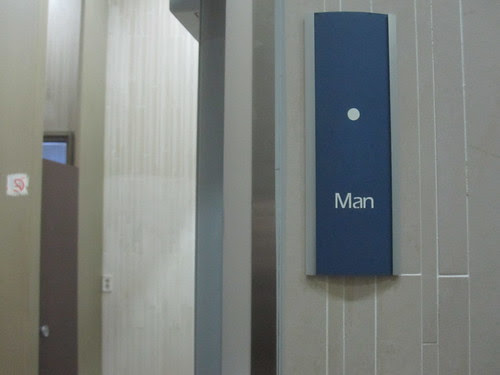 This particular piece of Konglish seems to have spread like a rogue meme throughout the country. In Korea, the plural of 'man' is often 'mans', ie. "this soup is invigorating, and good for the mans". Most men's room signs in Korea use the singular form, although there is usually more than one urinal. I like to entertain the idea that historically, if the first signmaker had just got it right, everyone would have copied them.
One day, when I have unlimited time and money, I intend to go around and correct all of these with polite little 'e' stickers. I can feel the tingles of satisfaction already. 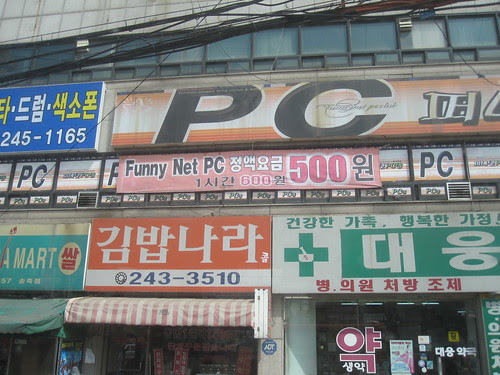 In Korean, the word 'funny' is often used interchangeably with the word 'fun'. It's one of those blurry lost-in-translation deals, resulting in students exclaiming to their English teachers "Teacher! On the weekend I went swimming and it was very funny!"
Laugh you may, but the tables turn when the English teachers have to explain why saying "Hmm, this old milk smells funny" doesn't mean that it smells hilarious. 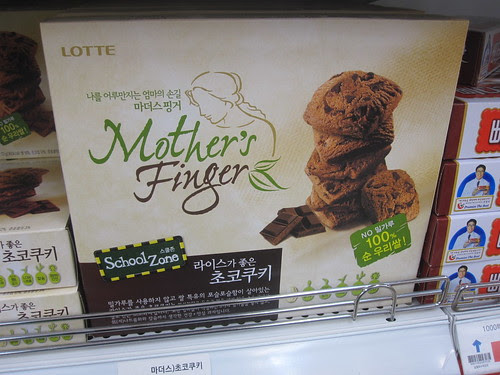 Mother's Finger sounds just like what you'll get if you ask your mother to bake you a chocolate brownie.
If you have an Australian mother, that is. 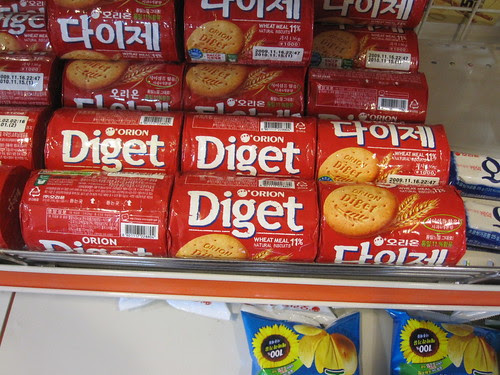 I'm not sure what it means or even how to pronounce Diget, but they don't taste too bad. Actually the only reason I bought them was because the name intrigued me.
Ah, so that's their marketing plan.... 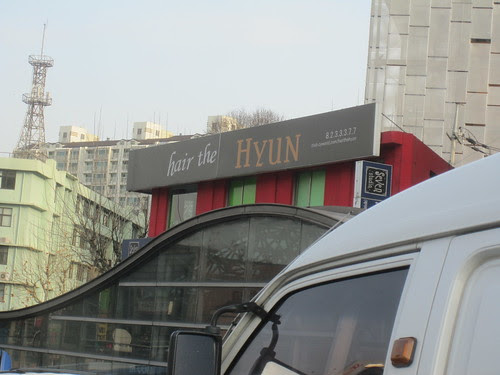 This hairdressing salon, elegantly named 'Hair the Hyun', is on the way to Suwon if you travel from Sadang station. I've long considered dropping in and getting my hair cut there, just because the name is weird.
I'm not sure what my problem is. 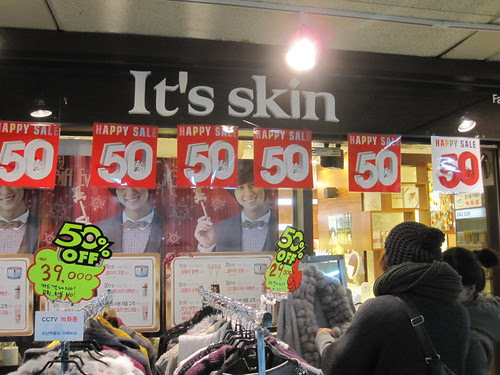 And you can find It's Skin in the Gangnam area. They sell winter clothes, obviously. 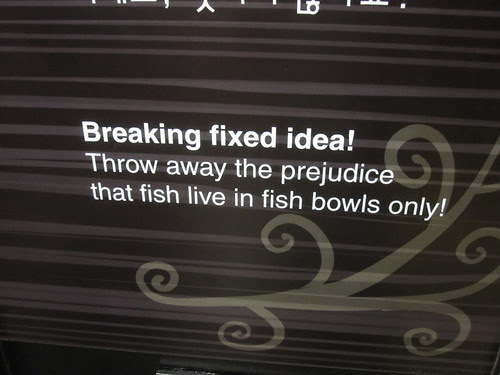 And some stores like to use exclamation marks! Regardless of whether the message is really that important! 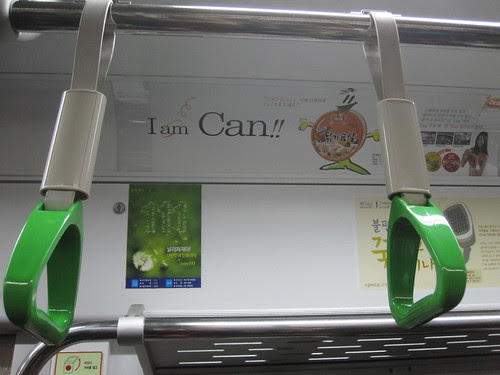 Look everyone, it's our new dismal marketing ploy favourite hero, Can! Whenever you need to blast away your hunger, Can will come and dispense cold gelatinized and sterilised meats at a moment's notice!
Who can help us in times of hunger? Can can! 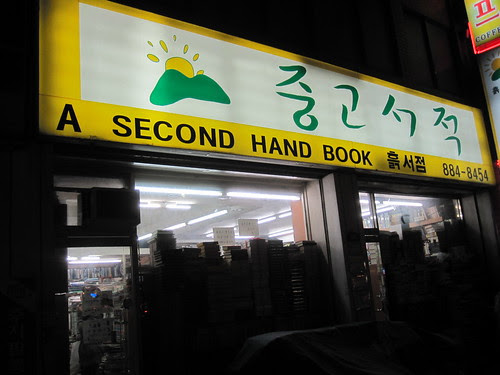 It appears that Kyobo's number one competitor has been restricted by their own policy of stocking only one book at a time. 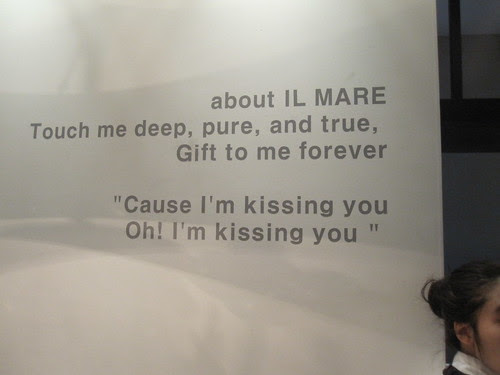 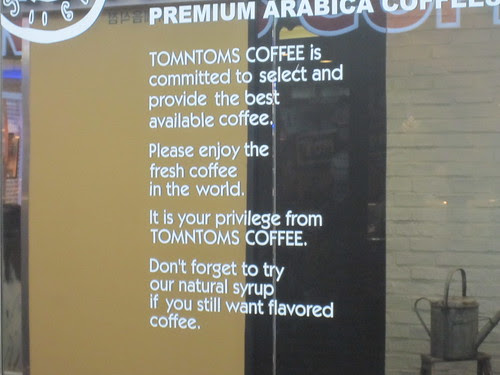 You can find these gems in COEX. IL Mare is a pasta restaurant, which has various other slogans pasted on the walls for the bewilderment of diners. The food there is quite good. Tom N Toms is a coffee franchise much like Starbucks.
Please enjoy the fresh coffee in the world. 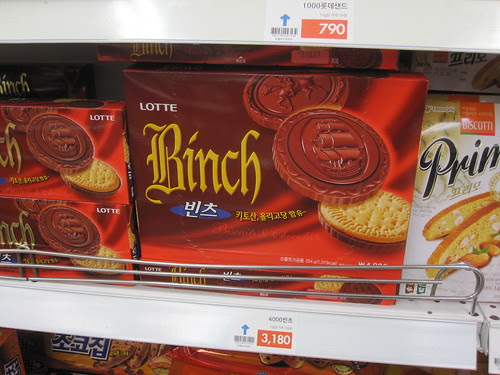 And these are my favourite biscuits, Binch. Although it sounds like an arbitrary bunch of consonants and vowels selected by confectionary executives, this one actually stands for 'Biscuit and chocolate'. Genius, no? It reminds me of the amazing Family Mart Bonus, the Fonus.
Well that's all from me this time. Ideally I'll be spending the rest of the evening in front of the TV, munching on Binch.
Posted by Lee Farrand at 10:22 pm

Lee, I guess your problem is that you're a nitpicker in a funny sort of way. Could be the Korean/Australian mix, or the gene popping up in your personality from some forgotten ancestor, maybe giving rise and reason to a superior intelligence. Whatever it is that prompted this funny English with the double dipping adjectives, I did enjoy the read.

Very funny and well written post. I'm definitely sharing this post with all whom I've shared many laughs about this bizarre phenomenon.

I miss the "man" restroom signs the most. Whenever I see one, I almost expect to see a museum-style exhibit next where the "missing link" would be displayed life-size in a diorama reminiscent of the Serengeti, as the theme to "2001" -- Richard Strauss' "Also sprach Zarathustra" -- plays in the background. LOL!

Fun post! I used to laugh at Konglish, until I realized that their English is streets better than my Korean will ever be.

"I just need crack and a blow job"
-Daegu, on a Korean waitress' shirt :)

The "Digest" cookies you like and took pictures of are sold here in United States under the name "Digestives".

Actually, without the exclamation points, I kinda like the fish bowl line. Could be used for many situations here.

Also, Binch is awesome with a jar of peanut butter.

Hey, Erika..You should take a photo of that...It's hilarious!

I have always found the Konglish signs to just be part of the fun of living in Korea. The place just wouldn't be the same without them.

Have you ever been the only one in the movie theatre to burst out laughing at an english movie because you got the joke but the translation didn't work for the rest of the audience? heheh sure makes you look funny ;)

Actually the Diget cookies were named Digest up until a few years ago. Personally I'm glad they dropped the "s".

The Il Mare sign ... those are the lyrics to the Des'ree "Kissing You" from the Romeo+Juliet movie. It was also recently covered by Beyoncé, which might explain their awareness of it.

Amazing, they even included the "oh!". I wonder if the other random quotes on the wall are lyrics as well.

Yea, those Diget or however you spell it, are the same taste and texture as 'digestives' in the UK - a very popular biscuit. A great site - I added you to my blogroll.