After a long and arduous day of laboratory-related drama, a man retiring to his dwellings often finds solace in a pot of tea.
Well, not so much within the pot of tea, but from the enjoyment of such. 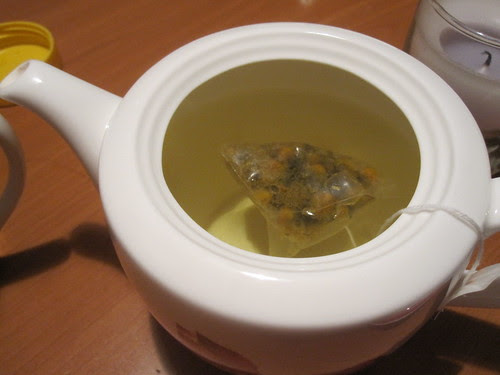 Camomile tea originally rang alarm bells for me, because a real Aussie Man's idea of tea would be composed of only two adjectives, those being Hot and Black. However, as often happens post-marriage, I have been converted into a regular subscriber of many things less stereotypically masculine. At the end of a long day, a good cup can really knock you out like a dose of Nyquil. Sometimes it makes me so sleepy that I forget which colour toothbrush is mine, and get told off by the Lady of the House. 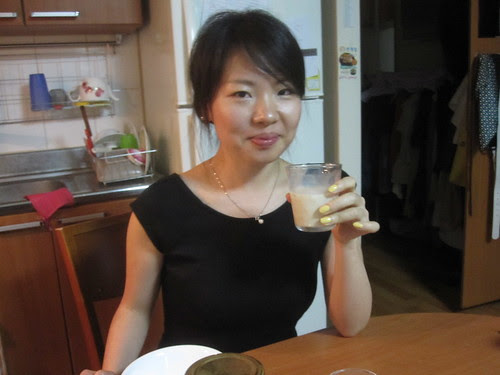 Our Lady of the House occasionally drinks tea with me, but she also likes to drink Bailey's and milk. I'm still unsure which of the two is more befitting of a man of my testosterone-elevated stature, but I usually go with tea because it has less syllables. 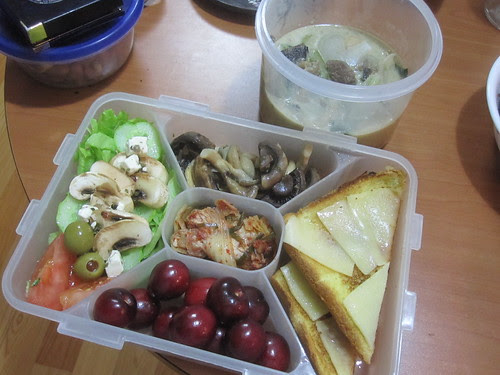 This is a lunchbox I made for her. Mind you I don't do this very regularly, and often only when the Lady of the House is displeased with my general homely untidiness. Those are real cherries, and there's a beef curry in the container at the top.
Luckily I only have one wife, or I'd be quite busy. 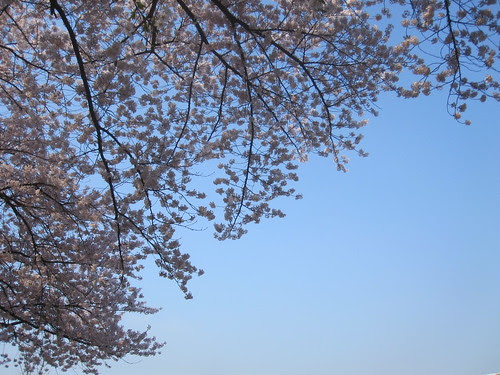 This photo was sitting quietly in the dusty archives of my Flickr account. I blew the cyber dust off it and now it's looking as good as new.
Makes a good wallpaper, I might add. 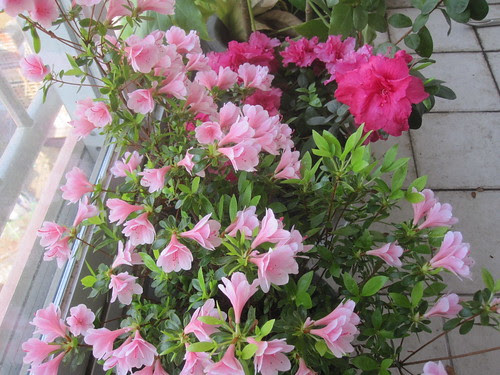 Ka-Hee is getting pretty good at looking after our indoor plants these days. My new nickname for her is Heather Greenthumb, which sounds a little better than Ka-Hee NokSaekOmJiSonKarak ('greenthumb' in Korean). 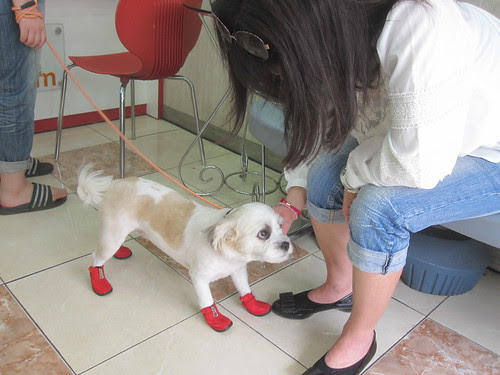 Here's a worried looking dog wearing shoes in a Korean phone shop. Although this little pup would probably get teased in dog language by my dad's massive mongrel in Australia (called Buster, he's half wolf and half cow), the shoes actually do serve a purpose. Because Koreans customarily take their shoes off indoors, some dogs are also humiliatingly forced to wear them outside and take them off indoors, so they don't bring dirt into the house. 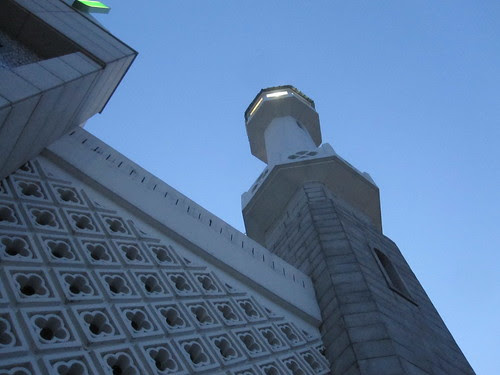 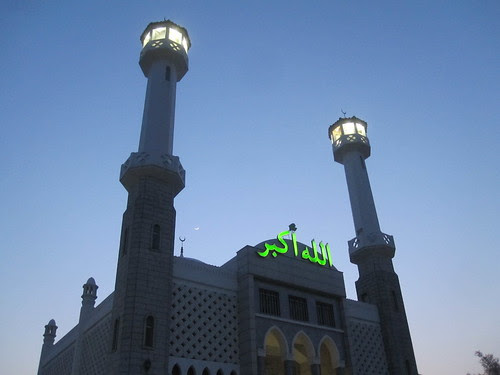 This mosque sits patiently on top of a hill in Itaewon. I've been here a few times around dusk, mainly to enjoy the tranquility. The area nearby is one of the best places to go shopping for curry spices. 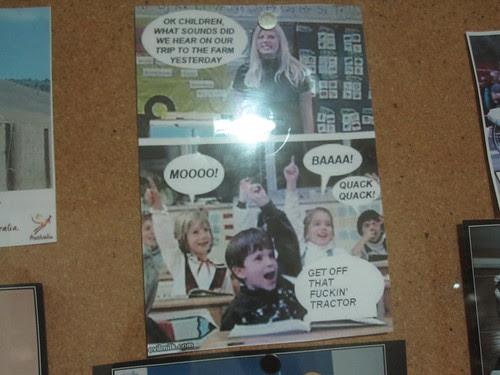 And to take us out this week is this photo that I saw on a toilet wall in an Itaewon pub. Excuse the language.
Have a good weekend everyone.
Posted by Lee Farrand at 10:00 am

Hi Lee, I came across your blog a couple of months ago and just wanted to say that I've enjoyed reading your interesting posts. Being a teacher, I especially like that picture about the field trip to the farm. Kids say the darndest things. Plus, I'm on my way to Seoul and it's been great to read about the city and see some pictures of it. Thanks! Barbara