The study of moss is called bryology. Apparently there was a huge fad for it in the 18th century, with people building large moss exhibits in their gardens. Since then, moss has quietly faded into the shadowy backstreets of the popular psyche. 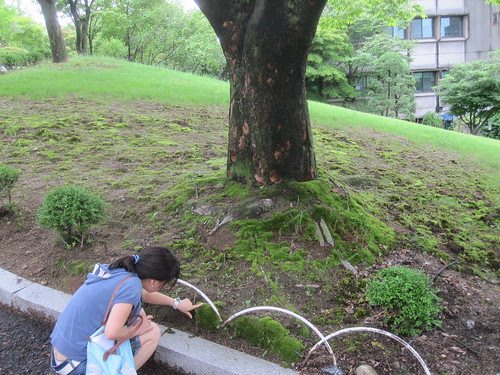 Walking around the Seoul National University campus, we see a lot of different kinds of moss and it piqued my interest in the stuff. Traditional Japanese gardeners often encourage the growth of moss to add an element of history and serenity. Here in Korea, it just seems to grow where it pleases. 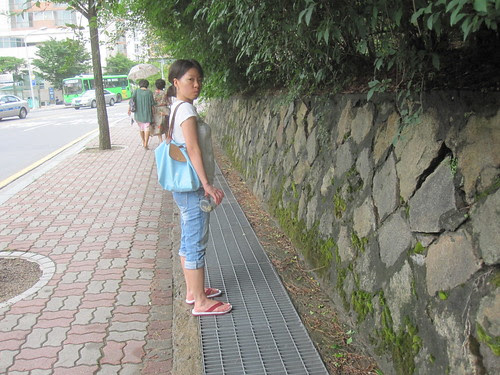 I'm sure you've all heard of an aquarium before, which is a glass container for holding aquatic life. Similarly, a terrarium holds earth and air, for animals like frogs to be exhibited. Well a mossarium is for holding moss. They're very easy to make and can be used for decorations as well as producing small amounts of oxygen indoors. The best thing about them is that they are very easy to take care of, more so than indoor plants. All you need to do is spray the moss in a small jar with water every so often, and it will live happily in low amounts of light, while trapping and degrading dust particles in the air. 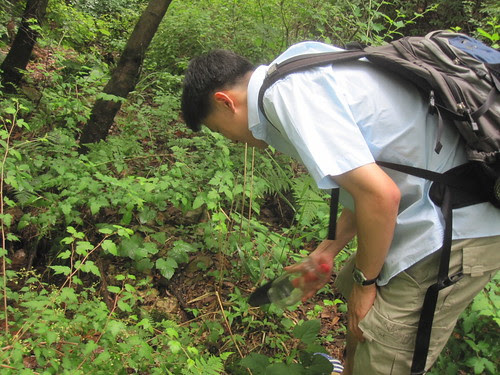 When collecting moss, it's best to try and get it from places out of sight, so that passers-by can still enjoy it. This is one of only two guiding principles of 'moss etiquette', a term which I believe I have coined myself.
The other guiding principle is to refrain from throwing it at others. 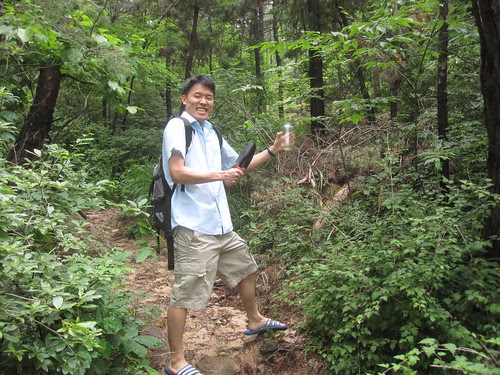 Although this looks like me, it's actually my alter-ego: Mossarium Man. I must admit, the resemblance is striking. His superhero abilities mainly revolve around the skillful making of mossariums and educating others about them. 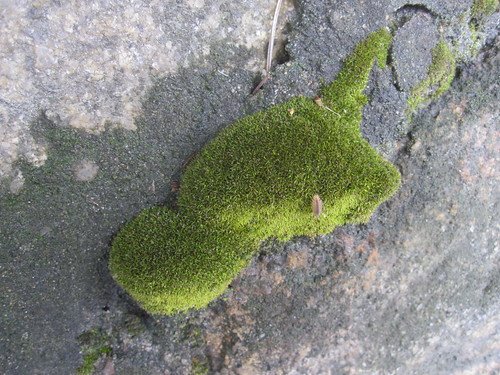 I like moss because it grows in odd places and just makes do with what's around. This little tuft of rock moss had a slater bug on it, which is a good reminder that even a small outcrop of moss provides a living habitat for millions of microorganisms and their grazers. In a way, you could think of that slater bug as a miniature cow.
I certainly did. 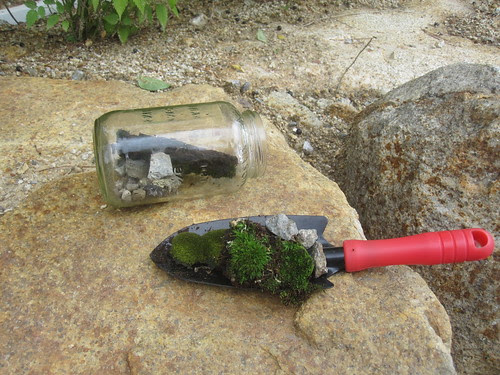 All you need to make a mossarium is a glass jar and a tool for collecting the moss. We used an old spaghetti jar, which is coincidentally an excellent example of upcycling. 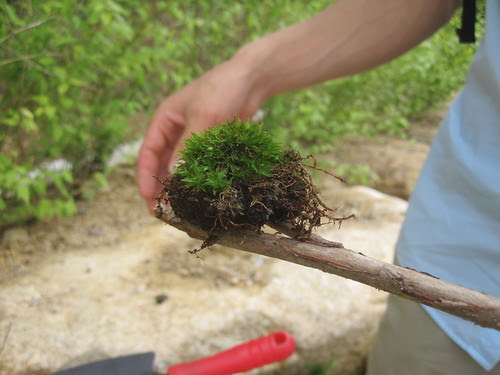 It also helps to have a poking device to put the moss inside carefully. Chopsticks are good, or you can use a twig or two. 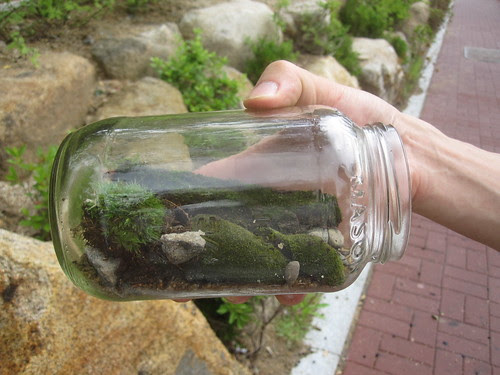 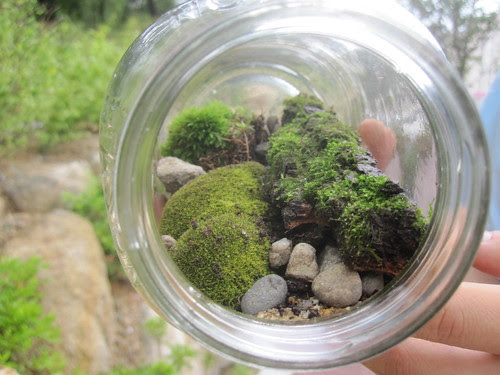 With a bit of artistic input, you can arrange the moss inside so that it pleases the eye. This one has a few rocks thrown in for good measure and contains three different kinds of moss. One thing to remember is that you want a bed of sand or small rocks under the moss. Soil might sprout dormant seeds or mushrooms, which you want to avoid. 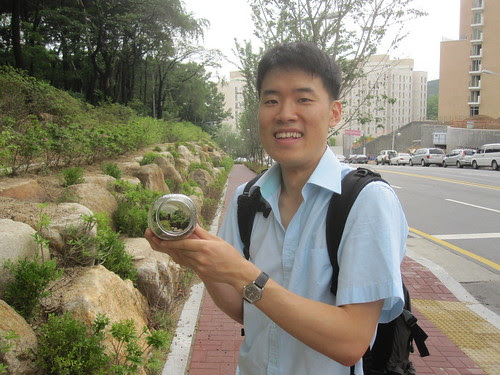 Look how happy Mossarium Man is in this photo. That's because the moss is happy. It makes a great desk ornament or a gift, and our first mossarium is going quite well. The stuff grows so slowly that you really don't need to worry about it much. Best of all, it didn't cost us a penny and was a great way to spend a lazy Sunday afternoon.
So, dear reader, when are you going to Make Your Own Mossarium?
Posted by Lee Farrand at 10:01 am

So, if I were hypothetically going to make my own mossarium, would I keep it enclosed like those terrariums kids make in elementary school, or is it better to leave it open to the air? And does it really degrade the dust that collects on it? Because, if so, that's pretty cool.

I've never been interested in moss, but you make it sound pretty interesting! :-)

It needs a small opening because it breathes. And yes, most species digest particles that they trap, albeit very slowly.

The more you get into moss, the more infatuated you become, and the more your friends regard you as being eccentric.

May I recommend Moss Gardening, by George Schenk?

It's a beautiful book and will encourage you in new hobby.