The symposium itself had professors from the US, Japan and Korea talking on a wide variety of subjects. One Japanese professor has been able to implant fertilised salmon embryos into mackerel mothers, who successfully produce salmon offspring. Kind of like a cross-species surrogate mother program for fish. He hopes it will someday help to boost tuna stocks in the Pacific. 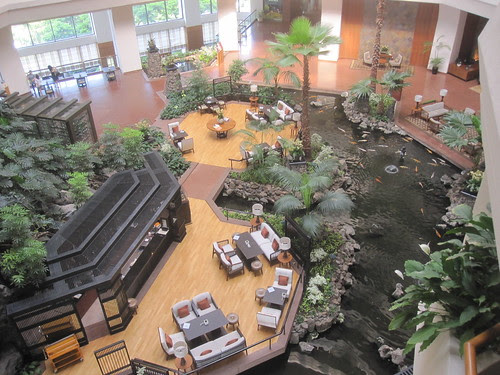 But here's the lobby that greeted us, bright and early every morning.

Nothing says 'symposium' like morning light in a hotel lobby. 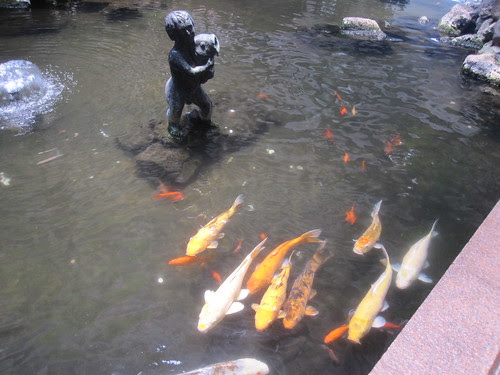 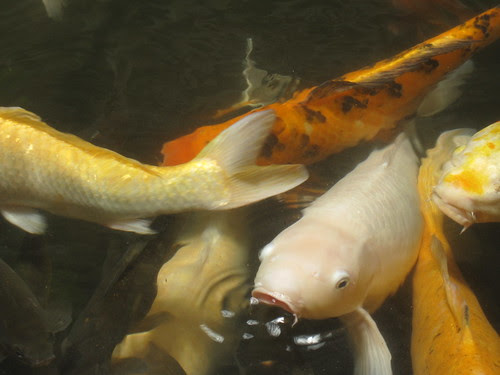 These koi were very tame and it was possible to touch their heads briefly while they made gaping expressions, hoping for food.
Thankfully toothless. 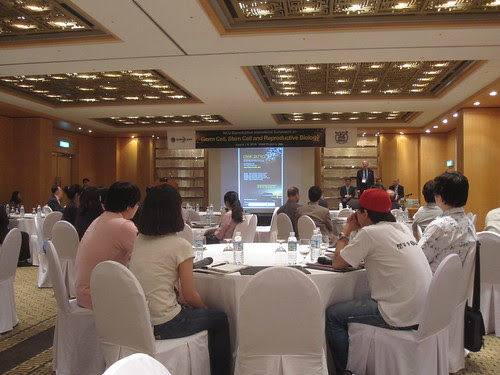 And another thing that I learned was that the chicken reproductive system is quite different from most animals. While many animals produce eggs through ovaries, which stay localised around the general womb area, when chicken produce eggs in their tiny beginning stages, they travel freely in the bloodstream through the whole body of the animal. Later they settle down near the oviduct and then grow larger. 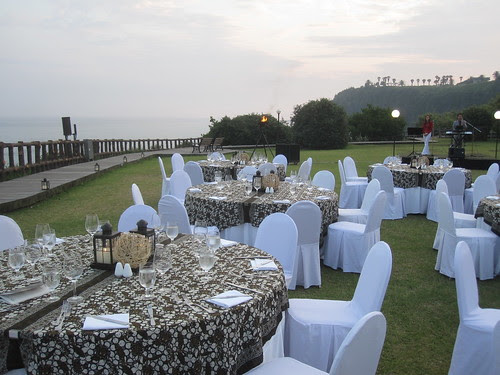 The dinner for the closing ceremony was great. On the lawns of the hotel, overlooking the ocean, they had set up an outdoor buffet. The attention to detail was admirable, with waiters running around and filling up wine glasses and burning oil lamps along the perimeter. 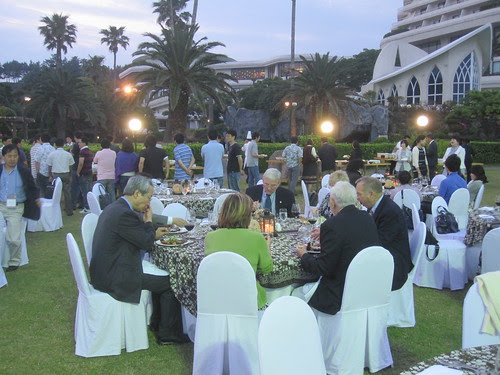 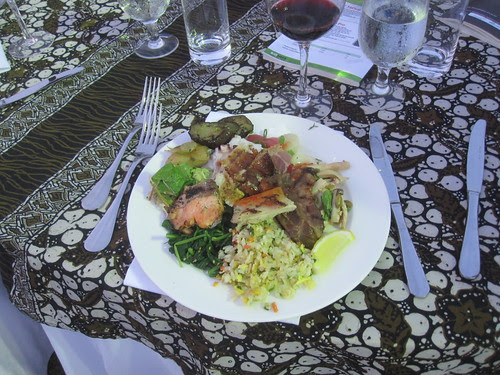 The meat was grilled on the spot and excellently marinated. One thing I hadn't eaten in a while was crackling, a guilty pleasure. Here's Gigi and Mark, two Filipino singers who filled the lobby with melody throughout our stay. They were very talented and took song requests, to the delight of our professor. Even for normally loud parts of songs, they sang in a kind of subdued-yet-powerful way, so that the song sounded right, but the atmosphere of the lobby remained peaceful and consistent. 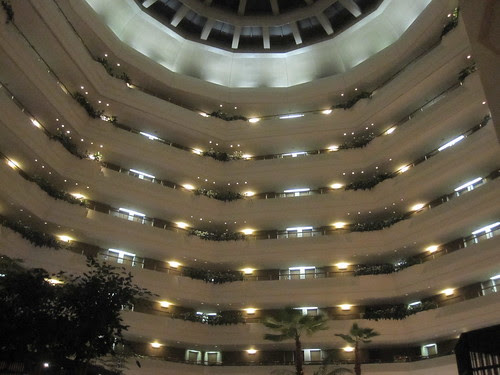 We spent a fair amount of time sitting in the lobby at night, wondering what we had done to deserve such pleasant surroundings. 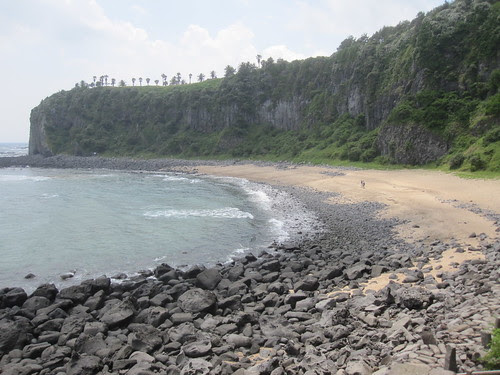 On the final morning, Patrik and I ventured out to a nearby beach with volcanic rocks. Hallasan's pyroclastic indigestion exploded out of the Korean seas thousands of years ago, the legacy of which is a lush semi-tropical island on a bed of igneous rocks.

If a volcano is especially gassy, the rocks that are formed can become so light that they float. 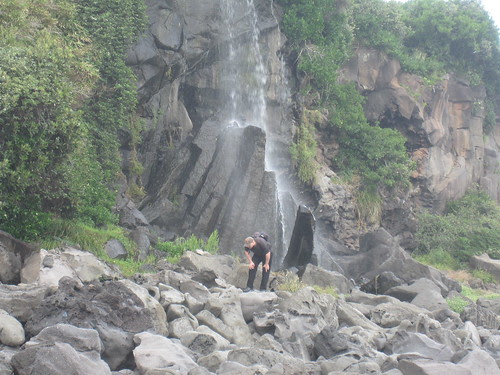 Here's Patrik inspecting some of the geology of the area. You can tell a real scientist from a reluctant one by how much they're interested in sciences outside their particular field of expertise. 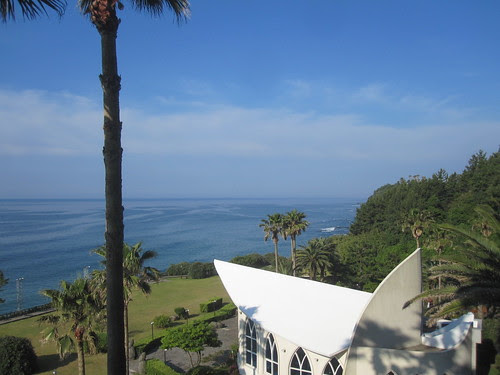 Then it was time to say goodbye to our island paradise and board the plane back to Kimpo. The trip to Jeju was an enjoyable and welcome start to the new program.
Since then we've started to receive equipment and supplies, and the lab is coming along nicely.
Posted by Lee Farrand at 9:07 pm

I have to say that the hotel you stayed at looks like where they filmed the wedding for Boys Over Flowers(Korea).

HI there,
I have to say that I stumbled across your blog when it was the school holidays a couple of weeks ago and as sad as my life could get I have read every single post you have had up.
Your blog is so informative and it is really good, and i really like it how you are Australia (I am too).
As a high school student, your path of work at the moment is very similar to what I hope to be doing in University, so I can't say thank you enough for the insight you have given me into the life of a science PhD student.

It probably is, Anon.

Thanks Libby, I just read your blog too ^^

Love your site and your photography is excellent.