There are a few theories floating around as to why leaves change their colour in the autumn. Americans would call it changing color in the fall. But I don't like that as much, because Fall sounds a little like fool, and one could easily make a fool of oneself in the ensuing confusion.
Hypothetical conversation
American: "Hey man, do you like, like the Fall?"
Englishman: "May I so inquire as to which 'fall' you are referring? The fall which has fallen, or the fool that has just fallen?"
Australian: "You blokes talk real funny." 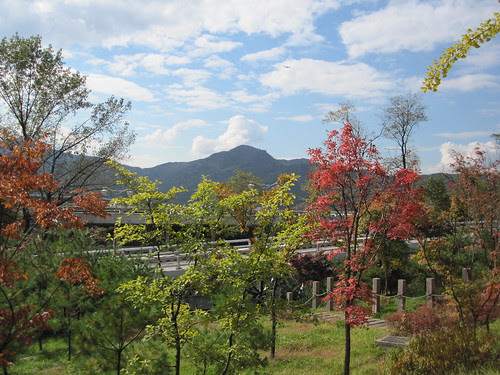 Some say it's an unintended consequence of anthocyanin production. A more recent theory suggests that because they're going to lose their leaves anyway, some trees change colour in order to expose camouflaged green aphids to predators. It might be the tree's last laugh at the sap-suckers that have been tormenting them throughout the summer.
My personal theory is that the colour comes from an absence of rainbows. Just as angular momentum is conserved, so too are colours that are nice to be looked at.
Ever seen a lot of colourful trees at the same time as a double rainbow? Me neither. That's because there's only so much paint in the world.
Anyway, I have no idea how I'm going to smoothly transition this thought process into shopping at Costco. I would suggest cleansing your mind's palate with some imaginary lemon sorbet. 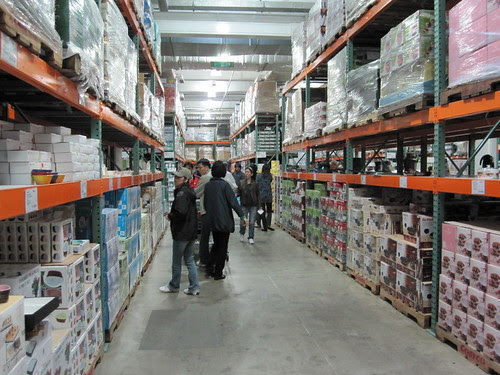 Going to Costco is more than a mere event. It is a sacred journey of consumerism, to be undertaken only when the trade winds of finance are billowing prevalently into the sales of the season.
No other place on the peninsula offers three kg cans of gherkins, a year's supply of dried blueberries or five litres of mustard in a single bottle. 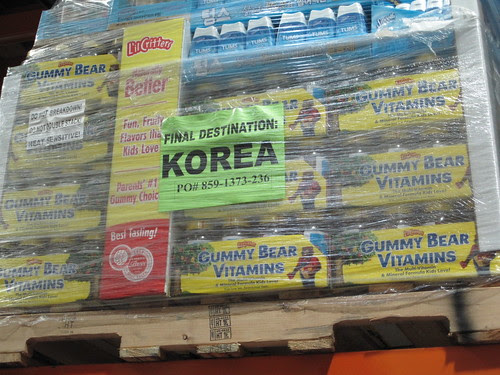 What Costco lacks in carpet, ambient music and marketing, it makes up for in sheer industrial-sized packaging and epic trolley traffic jams. 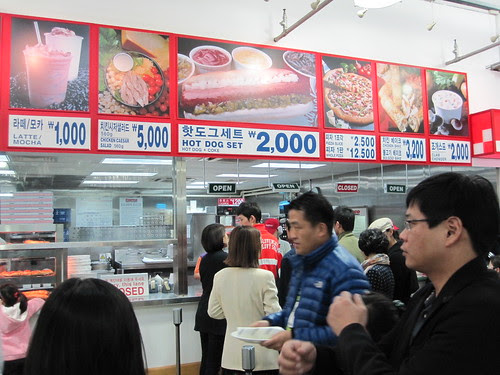 W2,000 here will get you not just a hot dog, but a hot dog set. Granted, a set is really just an additional Coke, but still, that's unfathomably cheap. Some more conniving places would make their money in such a deal by selling you a rather tiny hot dog, after misleading you with their zoomed in macro shot of the same product. But not Costco. At Costco everything is enormous, including the hotdogs, whose photography probably required a panoramic lens.
If it weren't for all the carcinogenic n-nitroso compounds, I'd most certainly have bought one. 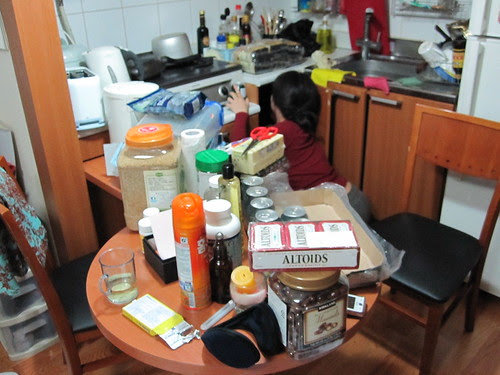 Every few months we do a Costco run, always after payday and often resulting in us purchasing more than we can comfortably carry. This forces me to carry more gross tonnage than I was anatomically designed for. The following day, I often have sore back muscles and tender tendons. These injuries I refer to as CRIs (Costco-Run Injuries).
But it all pays off in the end, for when we return home, a festive spirit erupts as we browse through our winnings and gleefully restock empty shelves. 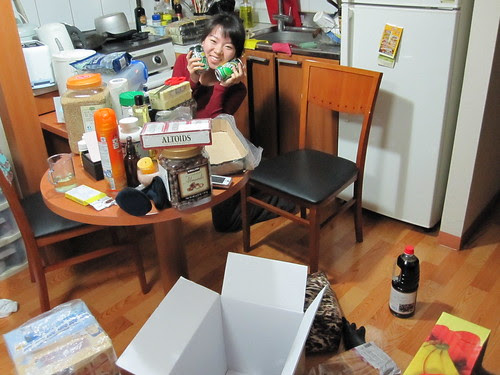 Occurring only once in a blue moon, a Farrand Costco run is generally less financially regulated than your average weekly trip to the Wondang markets. As such, we find it much easier to convince each other of the need to buy things like six tins of Altoids or two litres of Kikkoman (arguably the world's best soy sauce).
I've learned that Heather likes Perrier mineral water. Coincidentally, so does Kim Jong il. The similarities seem to stop there. 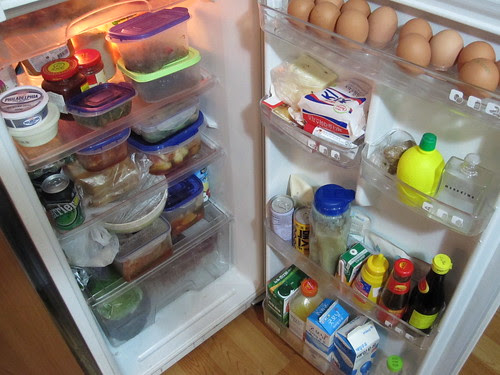 A well stocked fridge makes a grown Farrand happy. One thing I enjoy in the mornings is opening a heavy fridge door with a pleasing amount of gravity. It helps reassure me that even if the North invades the South, I'll have eggs and juice with which to bribe our way out of the capital.
They say you can tell a lot about someone by the contents of their fridge. From ours, I guess you can tell that we still haven't gotten through our bi-monthly supply of Busan mother-in-law's banchan.
Perhaps I should be eating more banchan and less Altoids.
Posted by Lee Farrand at 1:49 pm

this entry was so funny!

Reminds me of your speeches. Informative and humorous.

I noticed there was a bottle of aftershave or perfume in the fridge.

Are you having odor problems or do you just like using extra cold aftershave?

We acquired it from the Busan 7 Luck casino's bathroom a long time ago. And lost the cap.

We keep it in the fridge to slow down its evaporation.